As a luxury travel and gastronomy expert, and the blogger behind SilverSpoon London, Angie Silver has her finger on the pulse when it comes to La Dolce Vita. If you're keen on staying in a stylish hotel that serves impeccable cuisine, you've come to the right place. Angie has kindly put together a compelling list. Here are some wonderful hotels with restaurants that have been awarded the impressive accolade of one or more Michelin stars. 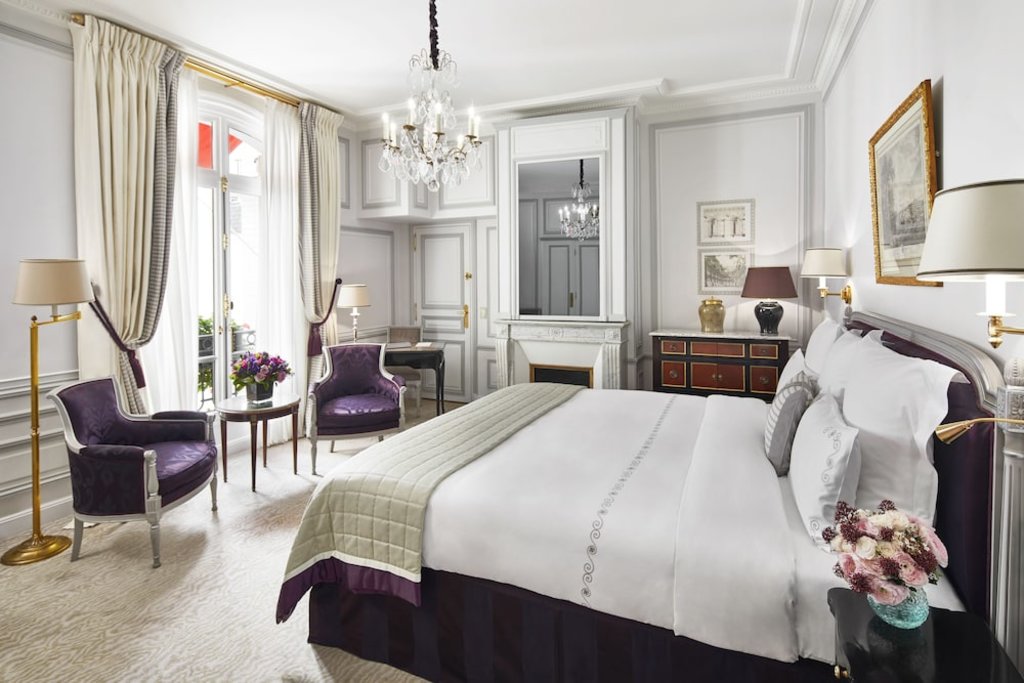 Hotel Plaza Athénée, part of the Dorchester Collection, is a legendary hotel in the City of Light. With a location on the famous avenue Montaigne, views of the Eiffel Tower and walking distance to the Champs-Elysées, this hotel is pure Parisian perfection.

The main restaurant, Alain Ducasse au Plaza Athénée, has three Michelin stars, the highest number you can get. Expect a natural and healthier styled menu inspired by a trilogy of fish, vegetables and cereal curated by chef Romain Meder and overseen by the world famous Alain Ducasse.

Have a look at our hotels in Paris page for more options. 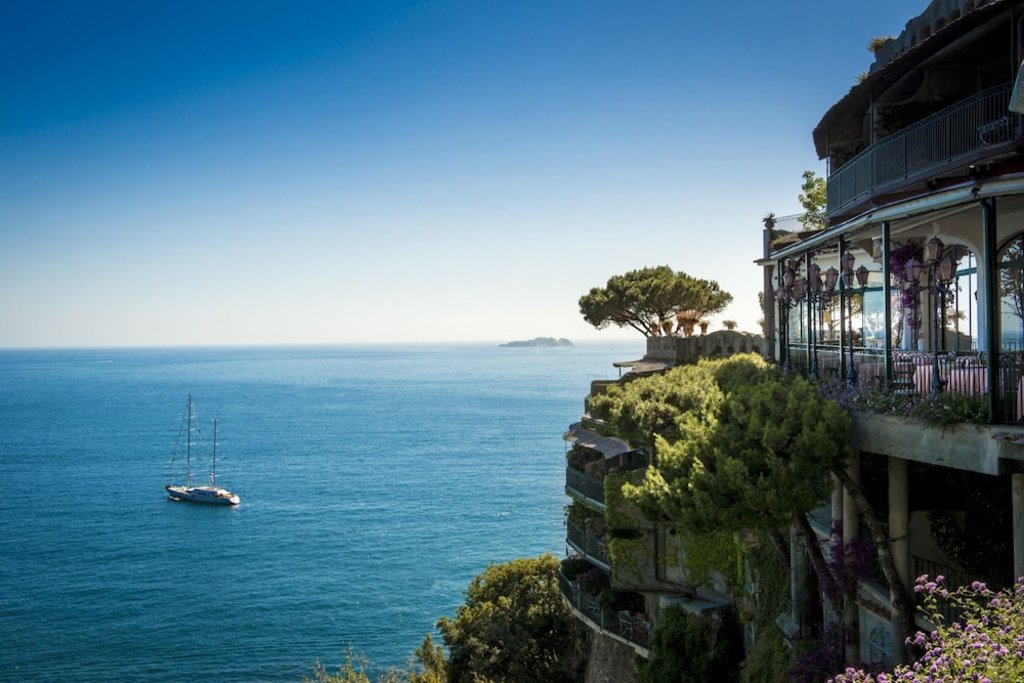 The stunning Il San Pietro di Positano can be found carved into a clifftop in the Italian beauty spot of Positano in the Amalfi Coast. The historic hotel has 57 rooms and suites, plus all rooms come with a balcony for that iconic Amalfi coast view.

Guests can enjoy a bellini on the hotel's terrace while listening to live music and admiring the manicured garden before heading to the Michelin-starred restaurant Zass. Serving impeccable Italian food, many of the ingredients are sourced with care from the hotel's kitchen garden. The atmosphere is incredibly romantic too, as the hotel is alight with twinkling lights and guests are serenaded by an opera singer.

Have a look at our hotels in Positano page for more options. 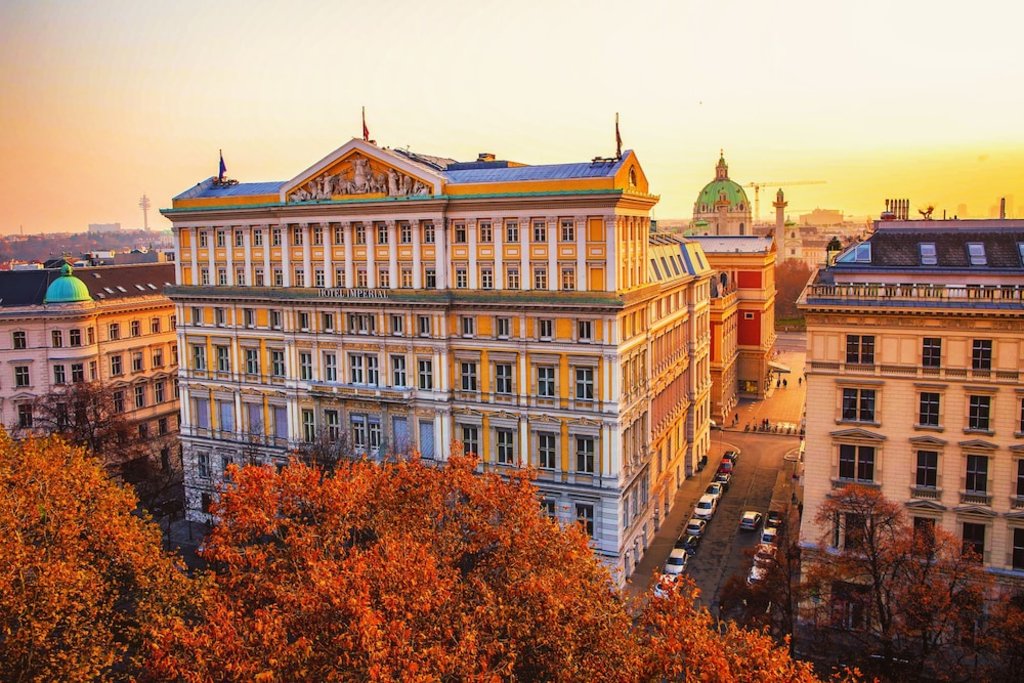 Originally the home of the Prince of WâˆšÂºrttemberg - it was developed in 1863 - and transformed into a hotel in 1973, Hotel Imperial is the oldest luxury hotel in Vienna. It's also the hotel of choice for royal families, politicians and notable celebrities - needless to say, these walls hold so many fascinating stories!

Restaurant OPUS is Hotel Imperial's fine dining restaurant, and has been in possession of a Michelin star since 2016. The food has a modern Austrian twist and is prepared using the very best regional products with chef Stefan Speiser at the helm.

Have a look at our hotels in Vienna page for more options. 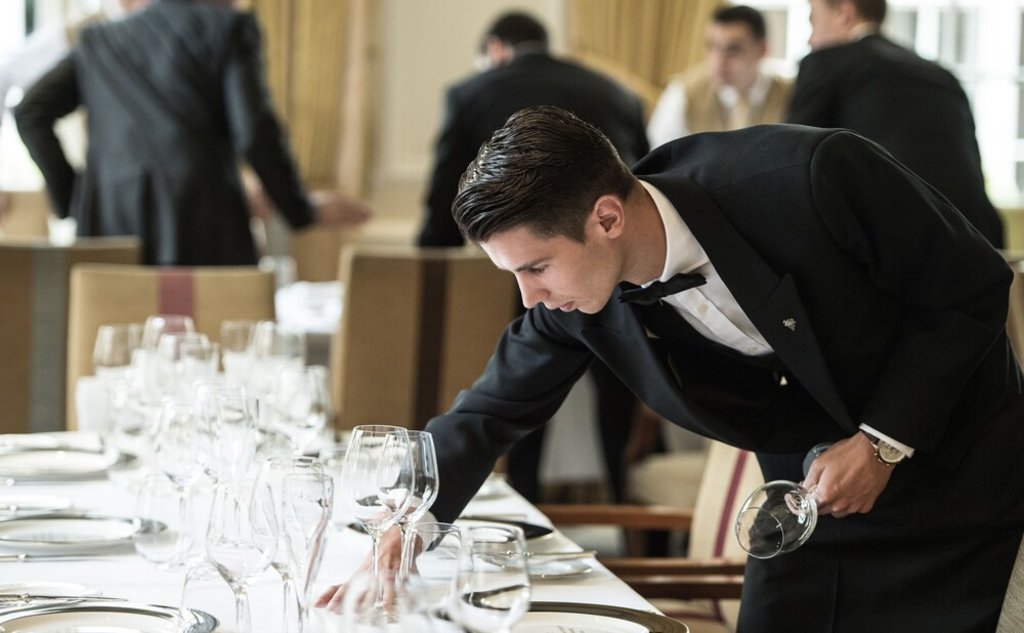 Famous as the London hotel where the Duchess of Cambridge spent the night before her royal wedding, The Goring is also London's last remaining family-owned luxury hotel. The epitome of British style, the service and standards at The Goring are just exquisite.

The Dining Room at The Goring has held a Michelin star for three years, thanks largely to chef Shay Cooper and his dedicated team. Dishes are classically British with strong emphasis on the provenance of the ingredients. The most popular dishes on the menu are the beef wellington, lobster omelette and the famous eggs drumkilbo.

Have a look at our hotels in London page for more options. 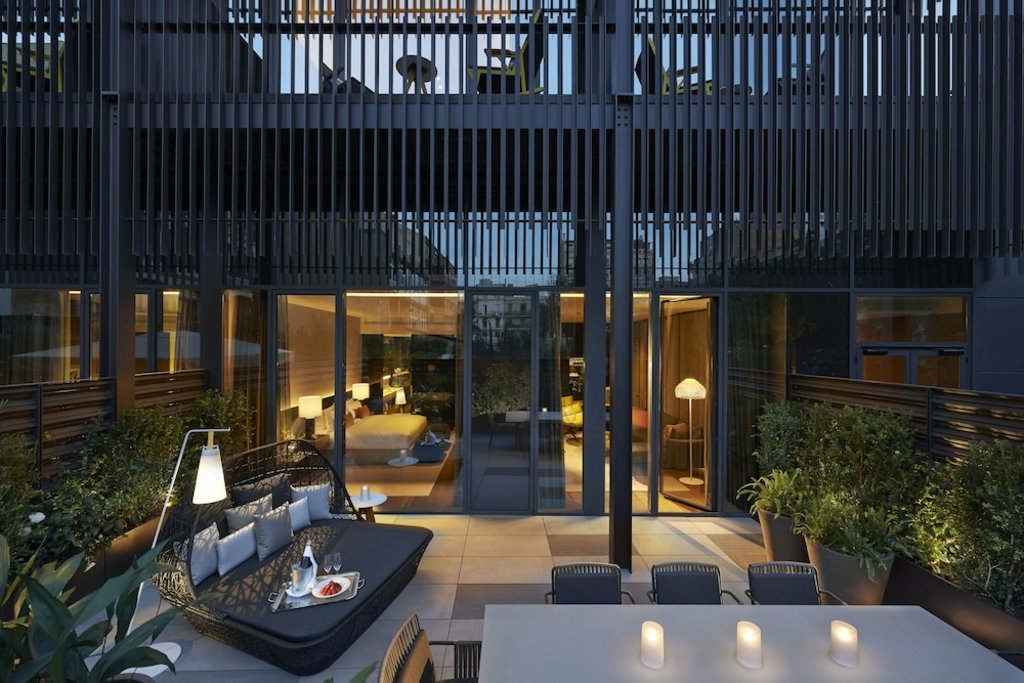 One of the most beautiful hotels in Barcelona, the Mandarin Oriental, Barcelona is appropriately located on Passeig de Grâˆšâ€ cia, one of the most stylish avenues in the city. It's the perfect base for shoppers, too, as its famous for its high end stores.

The hotel is home to the two Michelin starred restaurant Moments, which serves a menu inspired by Catalan cuisine and is managed by chef Carme Ruscalleda and her son RaâˆšÂºl Balam. The restaurant is stylishly decorated by Patricia Urquiola, and includes a window to the kitchen where you can view the chefs at work.

Have a look at our hotels in Barcelona page for more options.

More Articles on Food and wine

The Best Places in Italy for Food
Author: Brenna Holeman

There's so much more to eat in Italy than just pasta and pizza. We've rounded up the best places in Italy for food, from Bologna to Rome and back again!

All about Birmingham’s Jewellery Quarter

Your guide to the Jewellery Quarter in Birmingham, with top tips on things to do, as well as recommendations for where to shop, eat and drink.

7 of the Best Breakfast Places in Newcastle
Author: Expedia Team

Discover the best breakfast restaurants in Newcastle, whether you're looking for authentic English fare or exotic cultural cuisine.

Here‚Äôs a selection of London hotels serving inventive afternoon teas, as picked by Victoria Watts Kennedy, the blogger behind Bridges and Balloons.

Love chocolate? These five luxury hotels, as chosen by travel blogger Fiona Maclean, of London Unattached, offer the chance for an immersive chocolate experience, either on site or close by.

These five hotels are a dog-lovers delight, with their own special policies, services and treats to make for a perfect stay for you and your best friend.

Angie Silver gives us the lowdown on these amazing hotels which feature their very own vineyards. So, pour yourself a glass, get cosy and read all about some of the best places to stay for a wine-inspired break.

Pit for a King: Hotels for American BBQ-Lovers
Author: Expedia

The word 'barbecue' means something very different in the USA from the average British version. And not only do different states in the USA claim to be the best place to get your authentic barbecue ‚Äì they all have a different way of doing it.

We Brits drink 95 million cups of coffee every day, which makes us a nation of real bean geeks. These five hotels have joined the revolution, bringing you caf√© perfection‚Ä¶

Enthusiasm for organic food, generally considered to be tastier, healthier and better for the environment, is growing. Hotels, such as the ones listed here, are responding to this demand by changing the kind of food they offer, buying more produce from local, organic farms.

Let‚Äôs drink to the hotel bar. A place where lovers meet, travellers recuperate, tourists review their days, and business people unwind. Where mixologists shake, blend and invent, often inspired by guests and their stories. Today we're looking at five hotels where classic cocktails were invented‚Ä¶

Move over champagne, prosecco is where it‚Äôs at. Now the go-to fizz of choice for many, prosecco has been having a pretty long-lasting moment, from wedding receptions and boozy brunches. Great news for travellers ‚Äì it's made in Italy‚Äôs insanely beautiful Veneto region. Go to the source with these five hotels.

Whether veganism is an all-encompassing lifestyle for you or you're simply interested in a plant-based diet, gone are the days when being vegan meant restricting your holiday plans. These five vegan-friendly hotels are perfect for a trip based on plant power.

If you're a fully-fledged sushi snob who knows their norimaki from their nigirizushi, then these four hotels are for you. Our panel of seasoned travel bloggers put down their chopsticks to share their favourite hotel sushi bars.