Add a touch of Hollywood glamour to your next stay with these hotels that have starred in major productions on the small and big screens! Whether it's re-enacting the iconic scene from your all-time favourite or just knowing you're staying in a hotel fit for Hollywood, a stay at a famous shooting location can really elevate your stay. From Bond film-worthy glitzy 60s classics to classy modern hotels featured in cult classics, check out these famous hotels from film and TV.

Famous Hotels from Film and TV 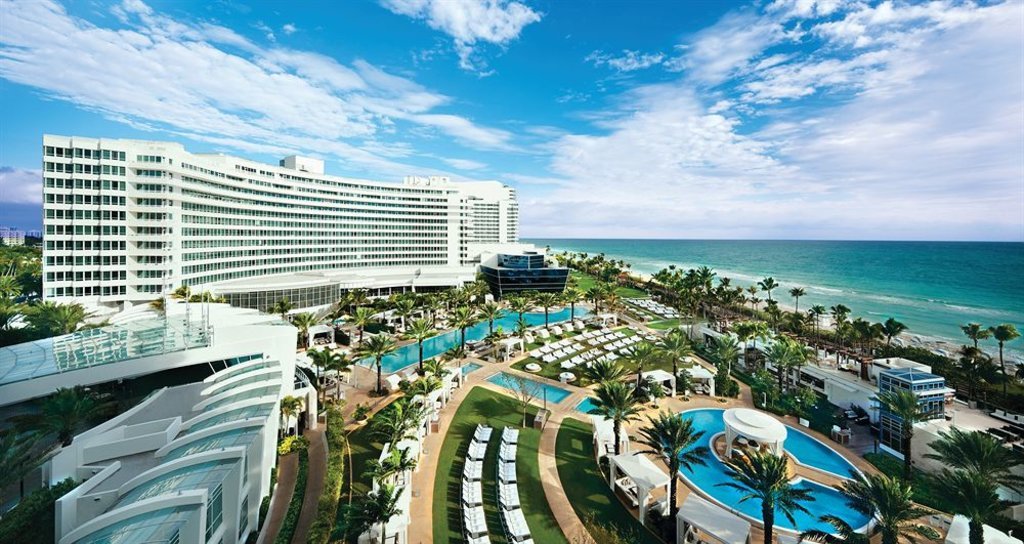 If the Fontainebleau Miami Beach was an actor, it would be Christopher Lee: a timeless legend that's appeared in more films than you can name. Its credits are almost into double figures, but especially notable films shot here include Goldfinger, Scarface and The Bodyguard. Hollywood appearances aside, the hotel is a legend in its own right and ideal for a luxury splash-out stay in glamorous Miami Beach.

You probably won't want to recreate any of the scenes you're likely to recognise from one of the more recent blockbusters filmed in Caesars Palace Resort & Casino - it was the setting for much of The Hangover and the film franchise's Part III instalment. Actually, the inspiration for this was the famous scene shot here two decades earlier in Rain Man. As the archetypal luxury Vegas venue the resort and casino has been the setting for several major films, and is a popular choice for an extra-glam stay here.

If you want to see more hotels in Las Vegas, visit our Las Vegas hotels page. 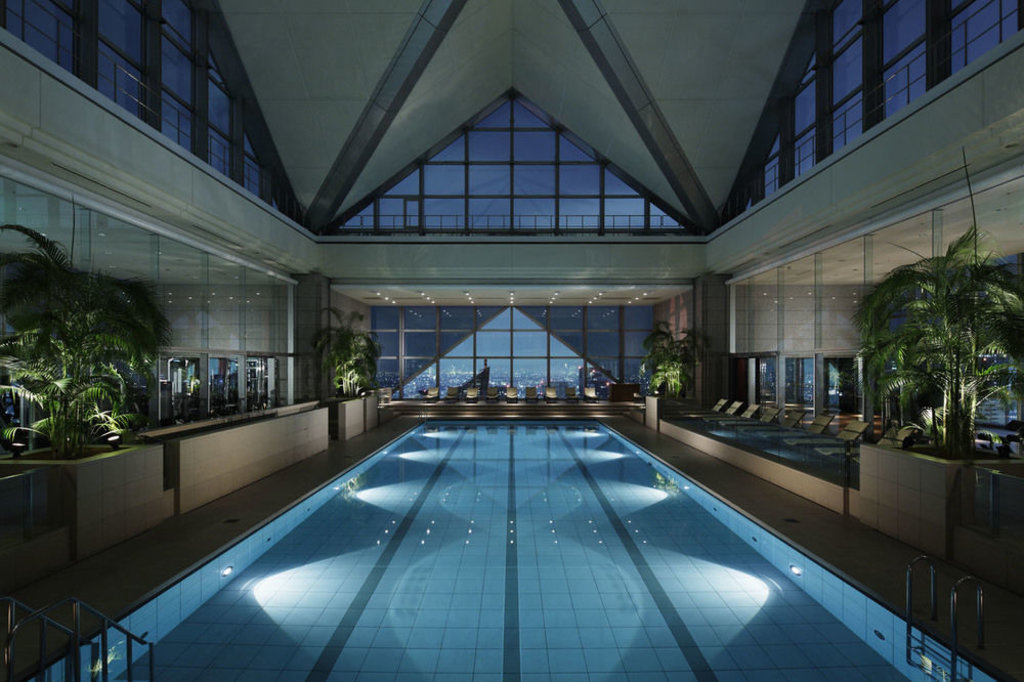 The Park Hyatt Tokyo was already world-famous before its Hollywood debut, housed, as it is, in Tokyo's Shinjuku Park Tower. But it plays a pivotal role in cult classic Lost in Translation as the setting for much of the action - if you've seen the film then seen a good deal of this strikingly modern hotel. Whether you're a fan of the film or just want a special stay in the Japanese capital, the Park Hyatt is one of the best-known hotels in Tokyo. 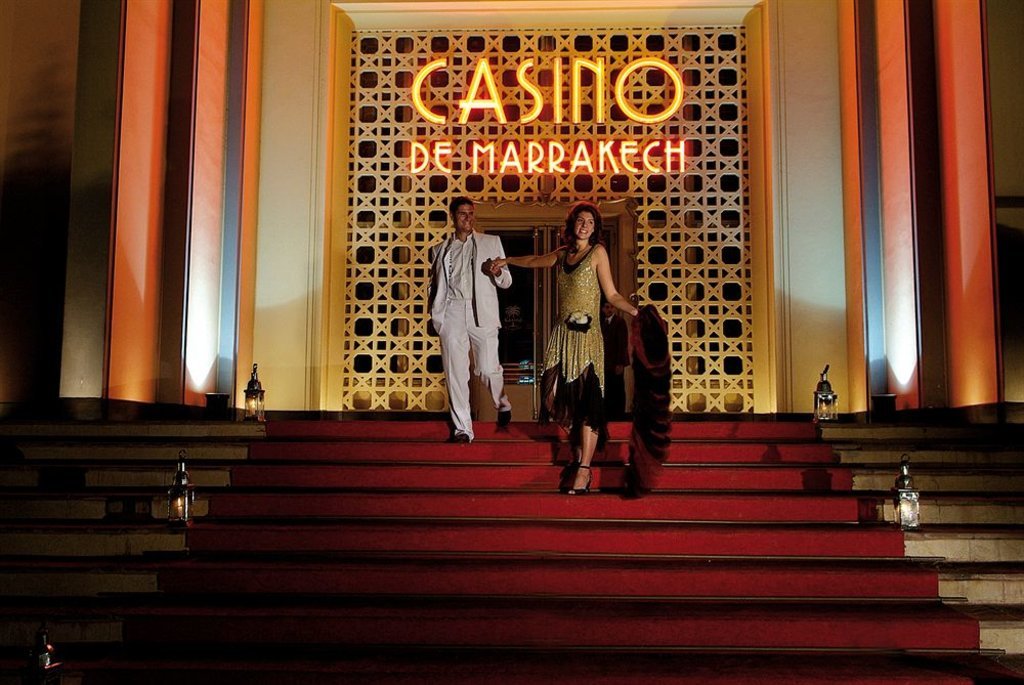 A blockbusting TV series named after a hotel manager was always going to feature a few pretty special hotels. But we've picked the one where the action kicks off in The Night Manager - Es Saadi Marrakech Resort doubled for the Nefertiti Hotel, supposedly in Cairo, where unsuspecting night manager Jonathan Pine ends up probably wishing he'd got the day shift. The hotel is actually just outside the centre of Marrakech and is every bit as opulent as it looks on screen, making it ideal for a luxury stay in Morocco.

For fans of the Netflix thriller series Bloodline, a trip to Florida might be in order! Although the show covers many dark and distressing themes, The Moorings Village, where the show is filmed, is anything but; in fact, it's the total opposite. This stunning beachfront property in the Florida Keys is just the place to unwind, whether you're taking a long walk down the white sand beach, relaxing with a cocktail on the porch, or indulging in the full-service spa. 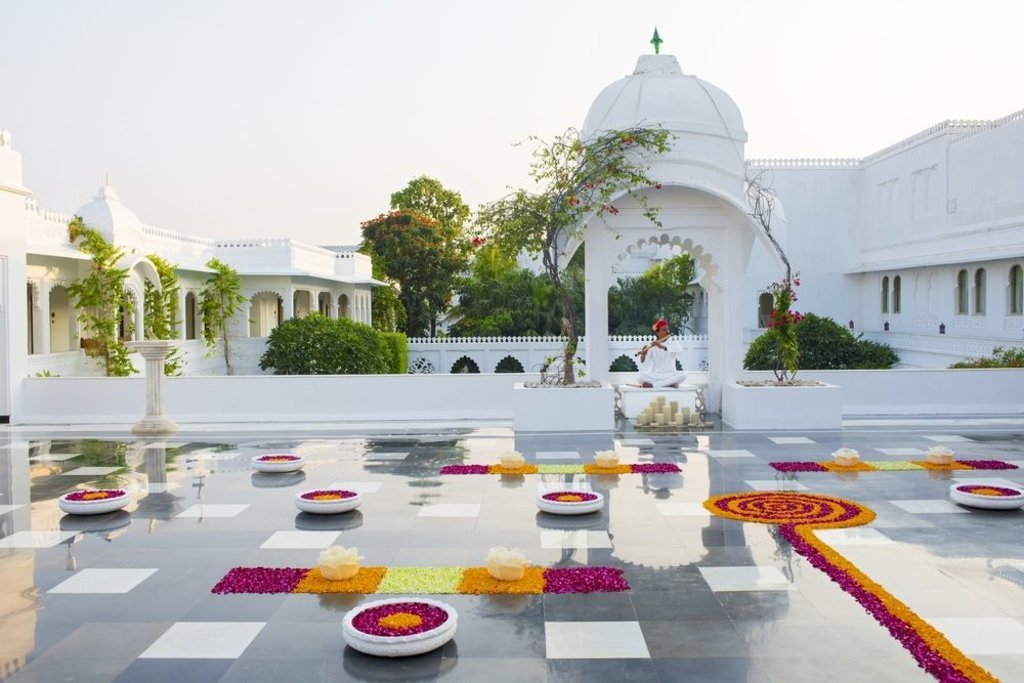 If you've seen The Best Exotic Marigold Hotel you probably ended up feeling like you absolutely had to stay in the hotel. Luckily, you can. It was only a matter of time before the incredibly photogenic Taj Lake Palace in Udaipur was made a star of the screen. Set in the middle of Lake Pichola, the hotel is unique and utterly stunning. The movie credentials are just the cherry on the icing on the cake.

If you want to see more hotels in Udaipur, visit our Udaipur hotels page. 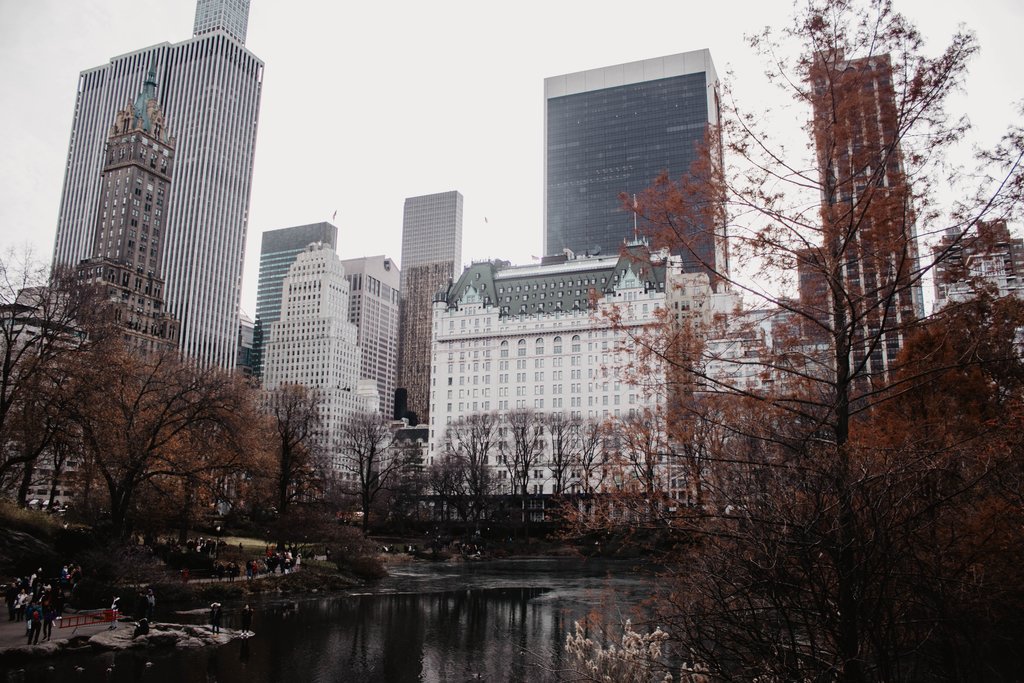 We couldn't possible put a list of the most famous hotels from film and TV and not include one of New York's most iconic hotels, The Plaza Hotel. Whether you've watched Carey Grant sip cocktails in The Oak Bar in North by Northwest, sighed over the love affair between Robert Redford and Barbra Streisand in The Way We Were, or laughed along with Macaulay Culkin's shenanigans in Home Alone 2: Lost in New York, you've likely seen a movie set at The Plaza Hotel. 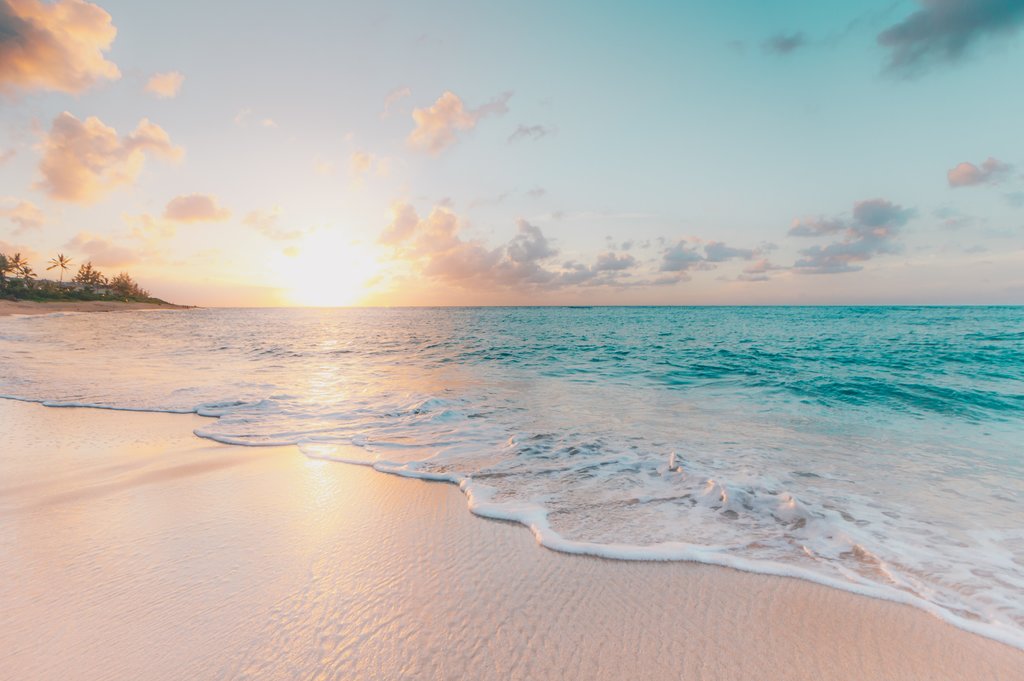 Sometimes the film's setting is paramount to the story unfolding in front of us, and in the hilarious Forgetting Sarah Marshall, Turtle Bay Resort is the backdrop for many of the film's most memorable moments. This gorgeous Hawaiian beachfront property was featured heavily throughout the film, and while we're still crossing our fingers that Paul Rudd might be able to give us surf lessons, in the meantime, a stay at this hotel will provide for many real-life memories, too. 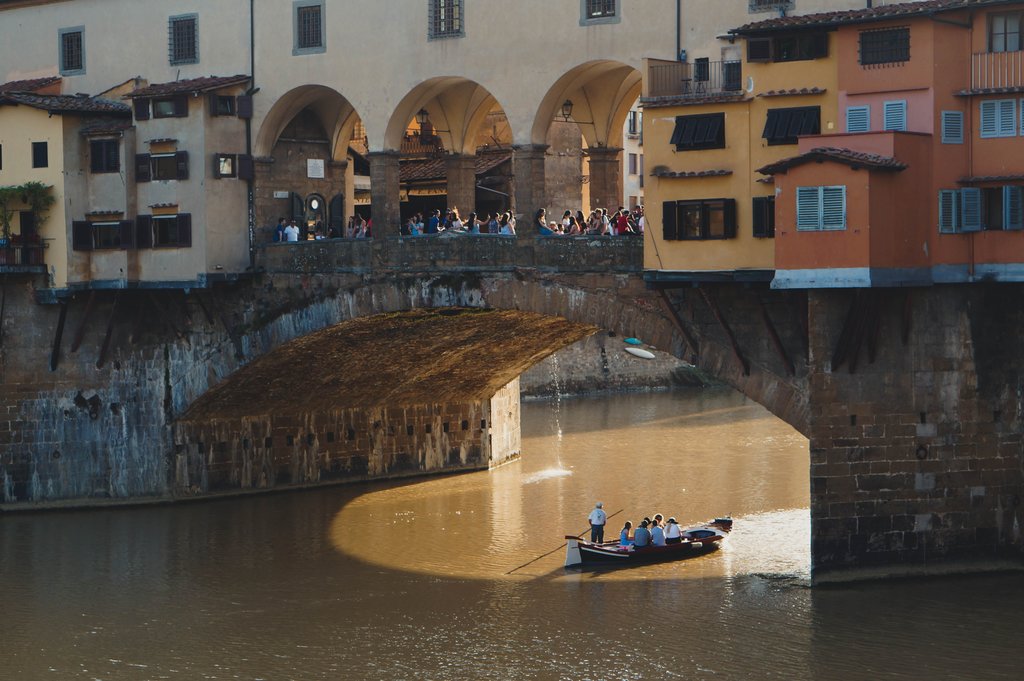 If a movie is called A Room With a View, the hotel it's filmed in better have one amazing view! Thankfully, the Hotel Degli Orafi in Florence, Italy, does indeed come with a breathtaking view over the Arno River and the Ponte Vecchio. And as the film is filled with romance, we're sure this hotel might inspire a bit of romance in your life, too. 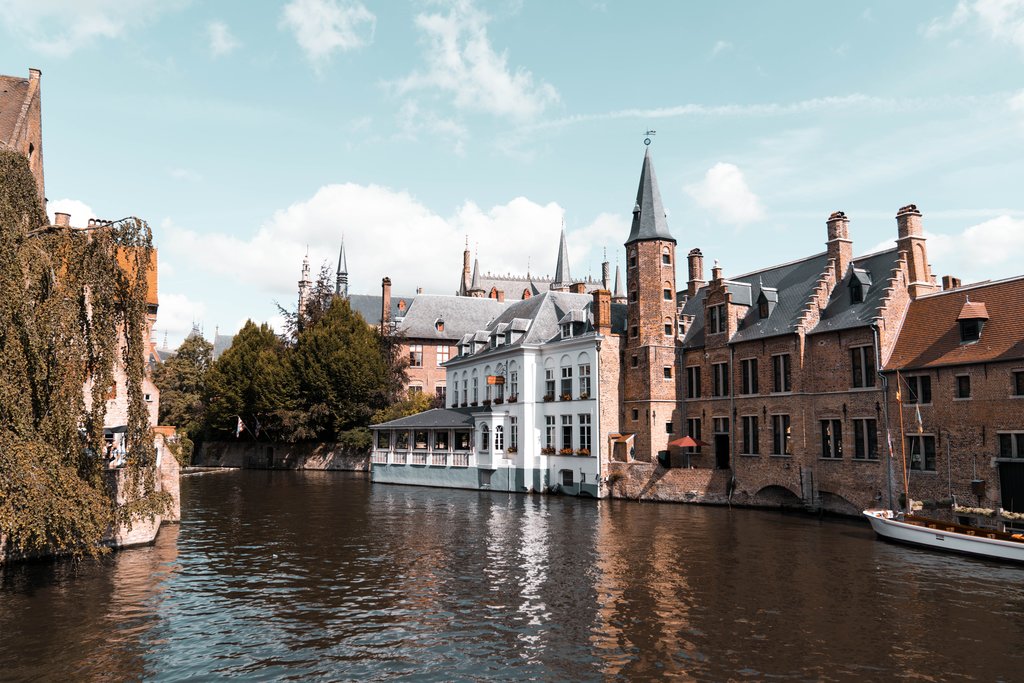 The edgy film In Bruges won audiences over with its action-packed plot and quick witted dialogue. And while Colin Farrell's character in the film repeatedly shares his disdain for Bruges, in reality this Belgian town makes for a wonderful holiday. Stay at the boutique Hotel Relais Bourgondisch Cruyce, where Farrell and Brendan Gleeson's characters start their, shall we say, adventure.