The Best Seaside Towns Near London

Whether you're a tourist visiting London or a permanent resident, sometimes we all feel like escaping the big city life and having a relaxing day by the seaside. Thankfully, with thousands of miles of coastline in the UK, the seaside is never too far from London! In no particular order, here are our top picks for the best seaside towns near London, all within a couple of hours by train or car.

The Best Seaside Towns Near London 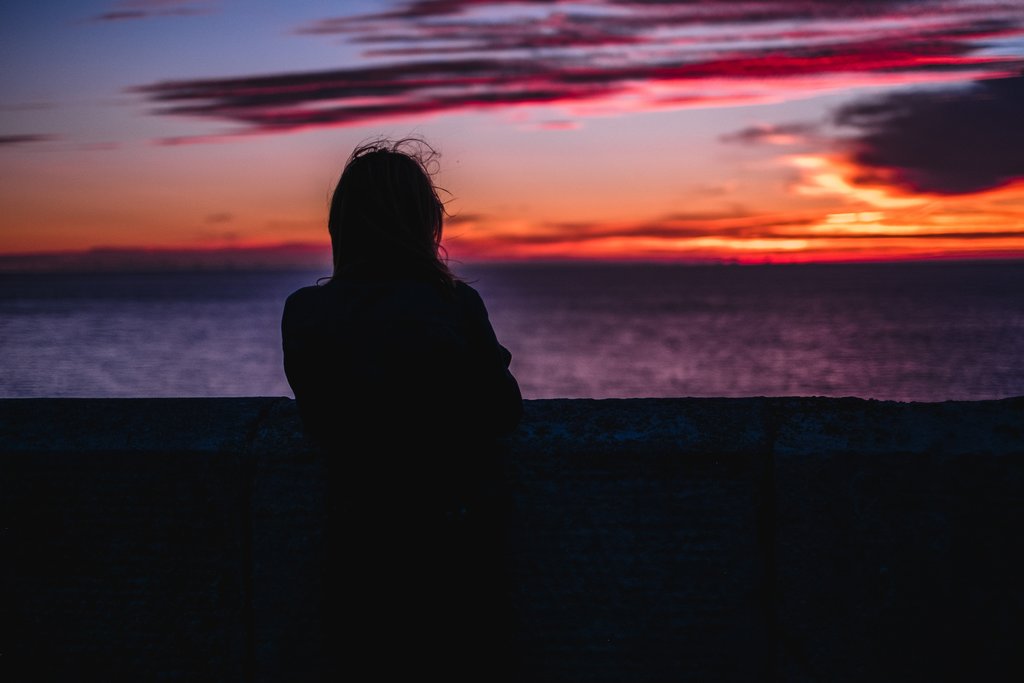 There's so much to do and see in Margate that we imagine you won't just want one day to explore, but many. While the seaside itself is always lovely, the real draws in Margate are the recent additions of Dreamland (a retro amusement park that's fun for the whole family), the Turner Contemporary (a contemporary gallery and arts space), and a plethora of cool shops, pubs, and restaurants. Many people make comparisons of Margate to London's Hackney (only without the Hackney prices). Stay in Margate for even more time to discover its charm. 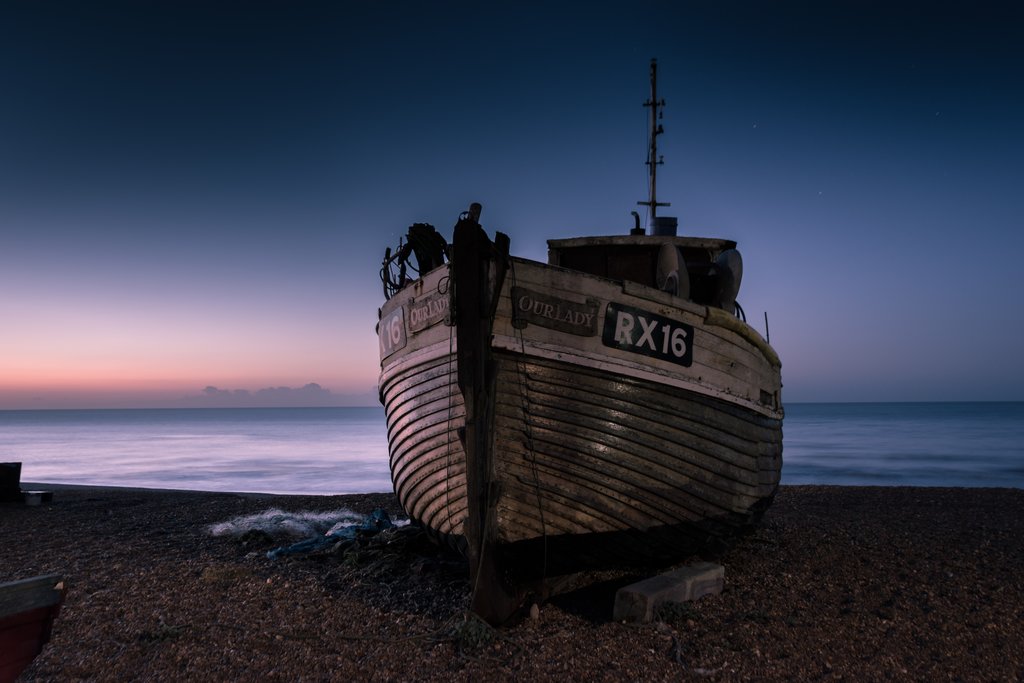 This pretty little town by the sea is more than just a popular seaside resort... it's also the site of much history, including the Battle of Hastings in 1066. Split your time staying in Hastings by spending half of it by the water, and the other half learning about the area; there's a good selection of museums and galleries here, especially about maritime history. Also make sure to schedule some time for wandering, as there are tons of local businesses and independent shops to explore.

Sometimes referred to simply as "Southend", this classic British seaside getaway is only an hour from London's Liverpool Street by train. The quirky Adventure Island amusement park is a fun way to spend a couple of hours, and with plenty of fantastic restaurants and pubs to choose from, you can happily while away a day or two in Southend-on-Sea. 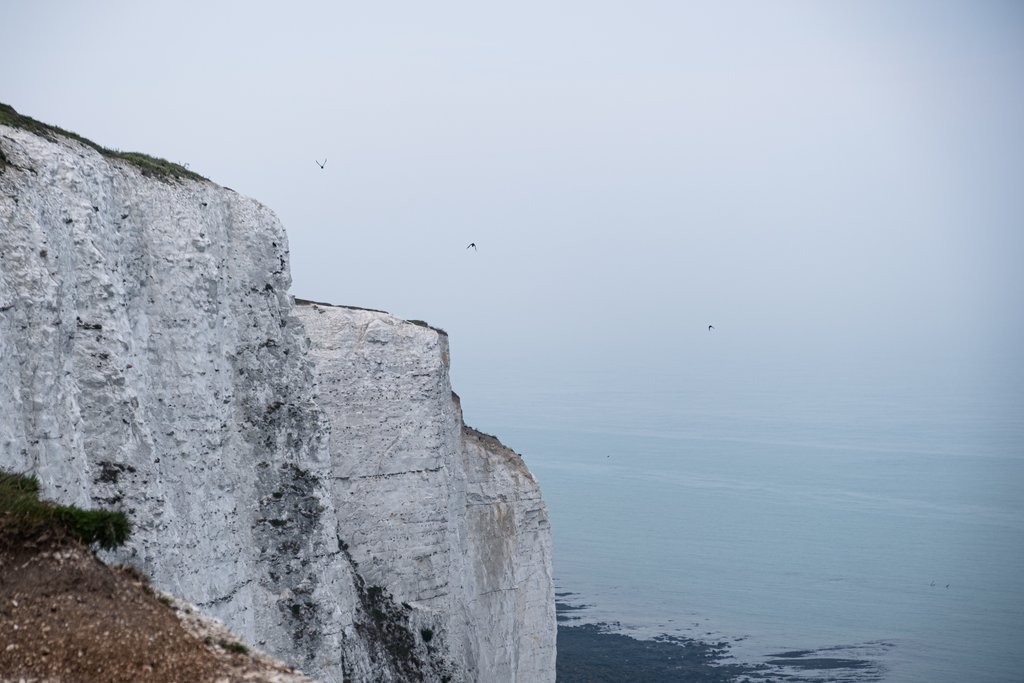 Many refer to Deal as one of the prettiest seaside towns in the UK, and it's easy to see why. With a beautiful seafront, including the iconic colourful houses that we expect from a traditional English seaside town, you'll definitely want to stay in Deal for a weekend (or more). With plenty to do in the area as well - you'll find the White Cliffs of Dover, Dover Castle, and the Royal St. George's Golf club nearby - Deal packs a real punch as a seaside holiday destination near to London.

While Brighton is the obvious choice for a quick seaside visit from London, we didn't include it on the list seeing as it's a large city, not a town! If you're looking for a smaller, cosier vibe, head to nearby Worthing. With plenty of options to stay in Worthing, make a weekend out of this fun town that's known for its lively nightlife. It's also a great base for exploring the rest of the area. 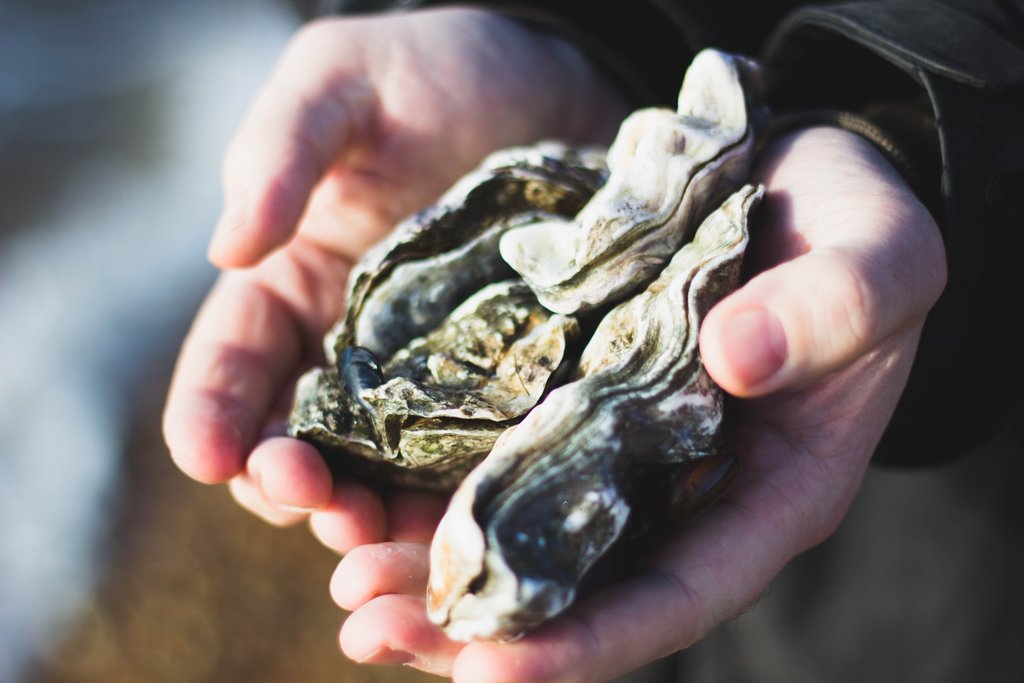 Whitstable is perfect for a day trip from London, as there's plenty to do and see in this photogenic town. And any town that's known for its annual Oyster Festival must have some pretty good seafood options! Get your fill of the salty sea air and let those big city worries disappear while spending time on Whitstable's beautiful seafront. With plenty of great shops, cafés, and pubs to explore, this seaside town near London might be worth staying even longer than just a day.

With nearly three miles of promenade and an impressive expanse of sand at low tide, Bognor Regis is a fantastic choice for a seaside town near London. In town, there's a large selection of green spaces and parks to discover, many of which hold events throughout the year. This classic British seaside town is seeing a resurgence of visitors lately, and on a sunny day, there's nowhere better than being by the sea (preferably with an ice cream cone in hand). 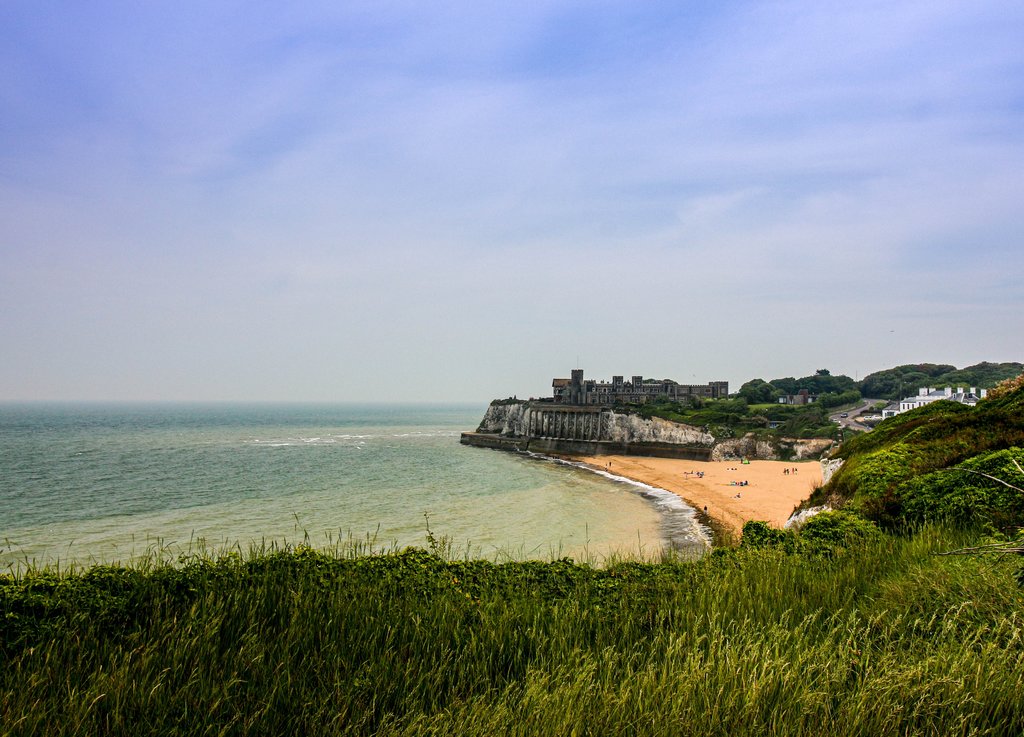 With a timeless charm, Broadstairs is perfect for a day trip from London for those who are craving a bit of the seaside. This classic Victorian seaside destination, has its fair share of lively pubs, independent shops, and cute cafés, so even if the weather isn't in your favour you'll have plenty to do. If the sun is shining, however, you're in luck: Broadstairs has a wonderfully sandy beach, perfect for lazing the day away. Found in between the equally popular towns of Margate and Ramsgate, it may be worth staying in Broadstairs to explore even more of the area.

Looking for more seaside inspiration? Make sure to check out the best seaside towns in the UK, including locations in Wales, Scotland, and Northern Ireland.

Where to Stay in Margate

Situated in Canterbury, this hotel is within 3 mi (5 km) of Mount Ephraim Gardens, St. Dunstan's Church, and Westgate Gardens and Towers. Canterbury Cathedral and St. Martin's Church are also within 6 mi (10 km).

Offering direct access to the beach, this Dover hotel is in the historical district and within a 5-minute walk of Dover Beach and Dover Museum. Dover Western Docks Ferry Terminal and Dover Castle are also within 1 mi (2 km). Dover Priory Station is 12 minutes by foot and Dover Eastern Docks Station is 13 minutes.

Located in the heart of Canterbury, this romantic hotel is steps from Royal Museum and Art Gallery and Marlowe Theatre. Canterbury Cathedral and St. Martin's Church are also within 15 minutes. Canterbury West Station is 8 minutes by foot and Canterbury East Station is 10 minutes.

Located in the heart of Ramsgate, this hotel is within a 15-minute walk of Ramsgate Beach and North Sea. Albion Place Gardens and King George VI Memorial Park are also within 15 minutes. Ramsgate Dumpton Park Station is 16 minutes by foot and Ramsgate Station is 22 minutes.

The Duke of Cumberland

Things to do in Margate

Have a gorgeous Christmas filled with beautiful Great British locations and a delicious Christmas lunch! Canterbury This tour will take you through the

Mosey around the tranquil grounds of Leeds Castle and visit the impressive Canterbury Cathedral that dominates the city of Kent. Make your way to the coast,

Traipse around the walls of a magnificent stone castle on the edge of a lake, stroll underneath impressive arches in the medieval Canterbury Cathedral, and

Discover several top destinations in the greater London area on this private tour. With a personal guide leading the way, spend the day exploring Leeds

On this coach tour, we take a journey into the county of Kent – known traditionally as “The Garden of England”. We’ll view the famous White Cliffs of

Revel in the magic of the English countryside at Christmastime on a tour to the storied towns of Canterbury, Dover, and Rochester. Visit the ancient city of

Visit: St Peter's Church, Market Street, Sandwich CT13 9DA EnglandA chance to climb the 112 steps to get fantastic views from the top of the tower You will

ItineraryThis is a typical itinerary for this productStop At: Canterbury Cathedral, 11 The Precincts, Canterbury CT1 2EH EnglandYour Blue Badge Guide will

Visit: Dover Castle, Castle Hill Road, Dover CT16 1HU EnglandDover Castle offers one of the best days out in the country. Commanding the gateway to the realm

ItineraryThis is a typical itinerary for this productStop At: Dover Castle, Castle Hill Road, Dover CT16 1HU EnglandChoose from the list below to create your

ItineraryThis is a typical itinerary for this productStop At: The White Cliffs of Dover, Upper Road Langdon Cliffs, Dover CT16 1HJ EnglandLive and imagine one

ItineraryThis is a typical itinerary for this productStop At: Dover Castle, Castle Hill, Dover CT16 1HU EnglandStep within the Great Tower and immerse

ItineraryThis is a typical itinerary for this productStop At: The White Cliffs of Dover, Upper Road Langdon Cliffs, Dover CT16 1HJ EnglandBefore heading to

ItineraryThis is a typical itinerary for this productStop At: Canterbury Cathedral, 11 The Precincts, Canterbury CT1 2EH EnglandTravelling from Dover to this

Dreamland Margate, the vintage all-you-can-treat amusement park in Kent, is celebrating its 100th birthday in 2020, with a jam-packed calendar of events to

I drive a gray Mercedes Benz Vito it has 8 passenger seats very comfortable for long journeys. I will pick you up from your location and I’ll take you to