The 10 Best Paintings in Romanticism

“When talking about Romanticism, art is without doubt one of the best ways to understand the spirit of this intense historical period that was so full of contrasts. But remember, Romanticism in art is not the same as the longed-for romanticism of Valentine’s Day. And these works are a good example of this. Which are the best works of the Romantic period? We have picked 10 for you.

Any discussion about the best Romantic paintings cannot start without reference to Italian painter Francesco Hayez’s masterpiece. Working mainly in Milan, he combined political narrative with scenes of intense beauty. It is not by chance that this painting has become the face of Romanticism in Italy. The artist even painted three different versions of it. The first thing we see is two lovers engaged in a passionate embrace, full of the ardor of youth. There is, in fact, a deeper underlying message here: that of national union, patriotism, and political and military commitment, all of which are allegorically represented in this incredible painting. 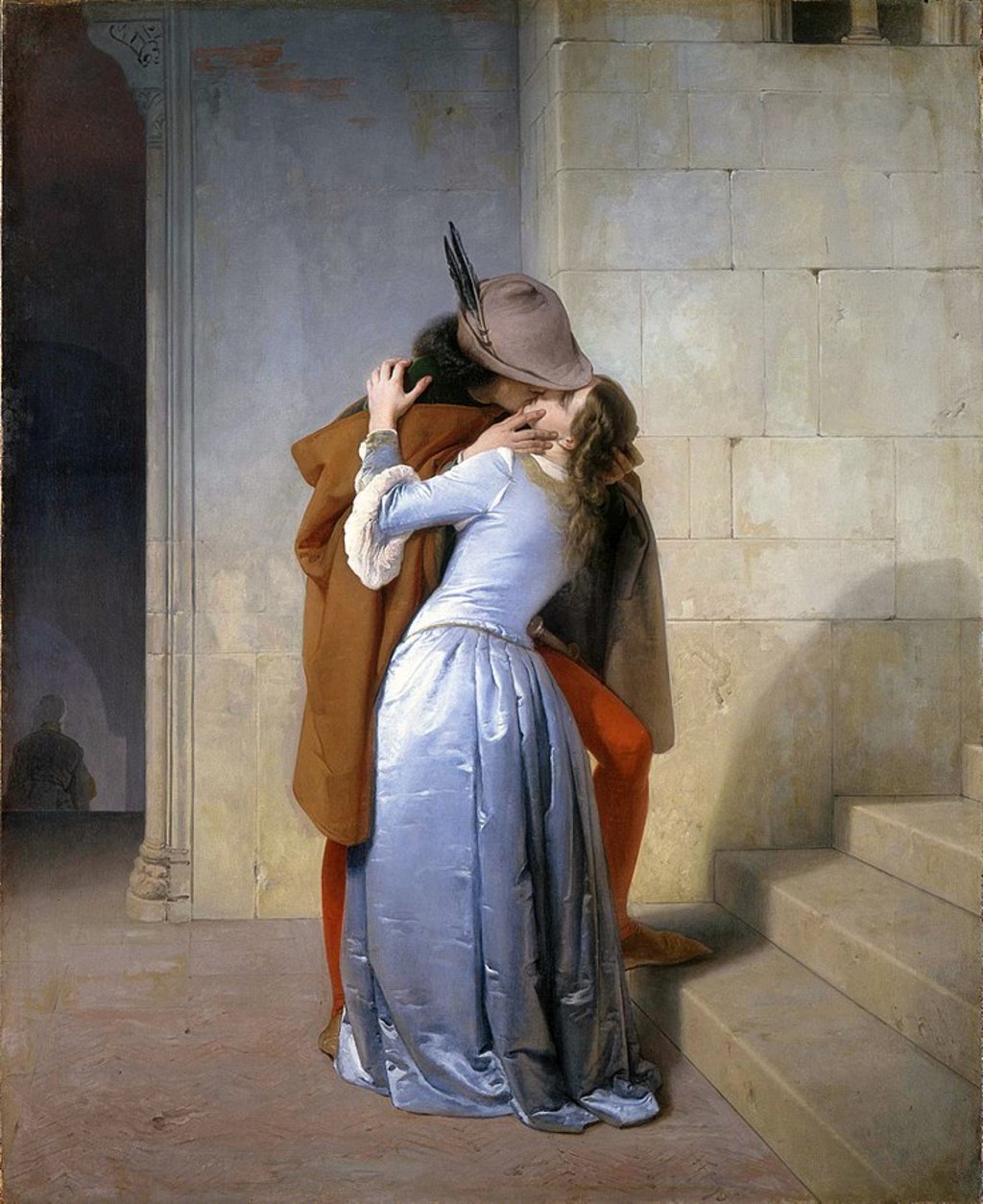 We could talk about this painting for hours. In case you are not familiar with it, this is not only one of the best paintings of the Romantic era, it is also one of the best in the Louvre, thrilling from the very first moment you see it. Théodore Géricault’s large painting of the Raft of the Medusa initially caused considerable scandal and controversy. The painting depicts a real-life tragic event: the shipwreck of 1816 in which hundreds of soldiers lost their lives. That event stunned an entire nation because 150 people climbed onto the raft but only 15 managed to be rescued and survived.

The artist, who was still very young, portrayed the tragedy with surprising realism for the time, by studying the bodies of both the living and the dead. The Neoclassical era, which French art was still very much characterised by, plunged into intense Romanticism. It took time for the work to be fully appreciated, as often happens with great artists, but when it was first put on display the predominant emotion was one of rejection. 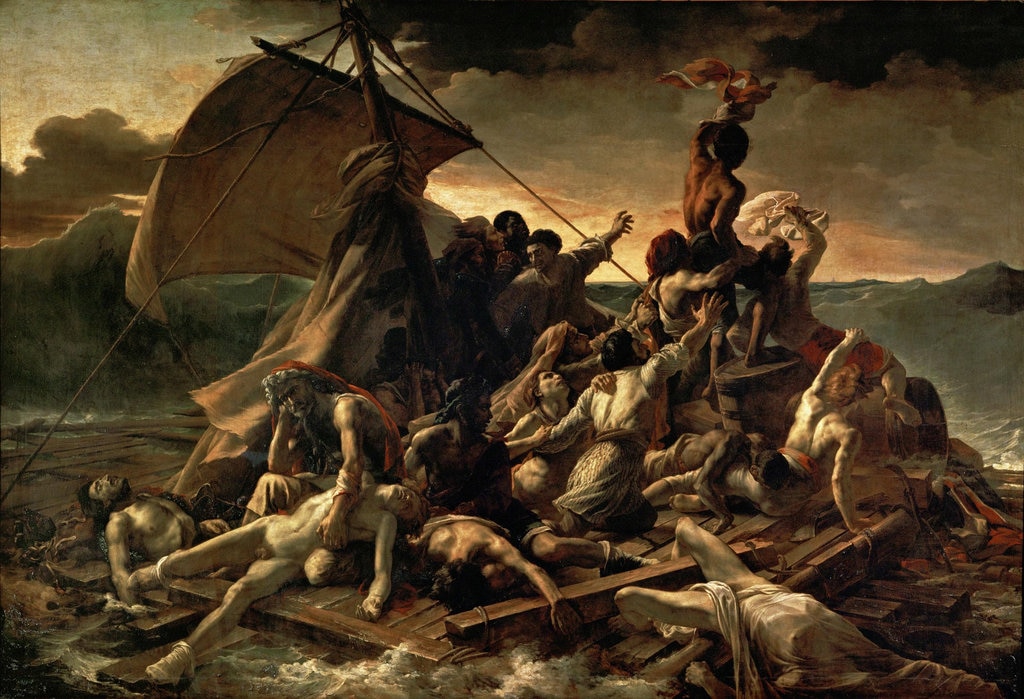 This painting expertly demonstrates some of the major themes of Romanticism. The painting depicts a young man from behind, the wanderer, as he gazes at a thick sea of fog. What better representation of the intense, dramatic, and melancholy sentiments of the 19th century’s Romantics?

This wonderful painting, unlike the others that we have already described, does not tell a story. It portrays an emotional state: ideas of infinity and roaming, of the imperfection of the soul and of its emotions. Wanderer above the Sea of Fog is a symbol for German Romanticism, which developed differently from its French and Italian counterparts. Art has always been able to express diversity and the many different states of mind. Or has it? 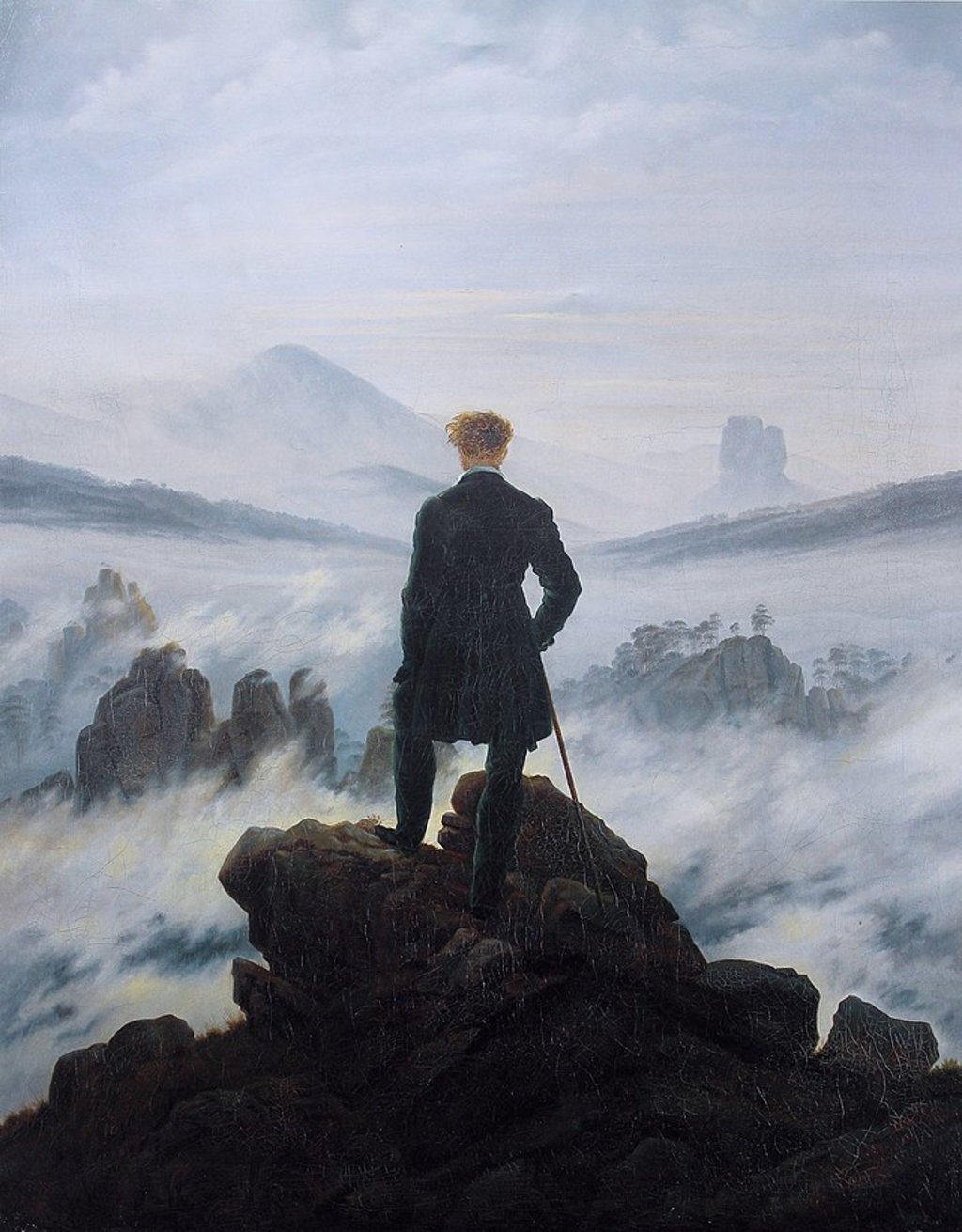 Now we move on to the English portrayal of Romanticism through the paintings of William Turner, who had the ability to portray emotions, feelings, and Romantic ideas such as the sublime. This masterpiece depicts the last voyage of the once victorious English battleship, the Temeraire as it is towed to the scrapyard with its white flag fluttering in the breeze, against the background of a sunset. The painting merges contrasting emotions with political implications, a style that was typical of Romanticism.

Back then, Turner’s brilliance lay in introducing landscape as an equally important element in genre art, that is, the realistic painting of scenes from everyday life. Nowadays we consider this obvious, but Turner was revolutionary in his choice. 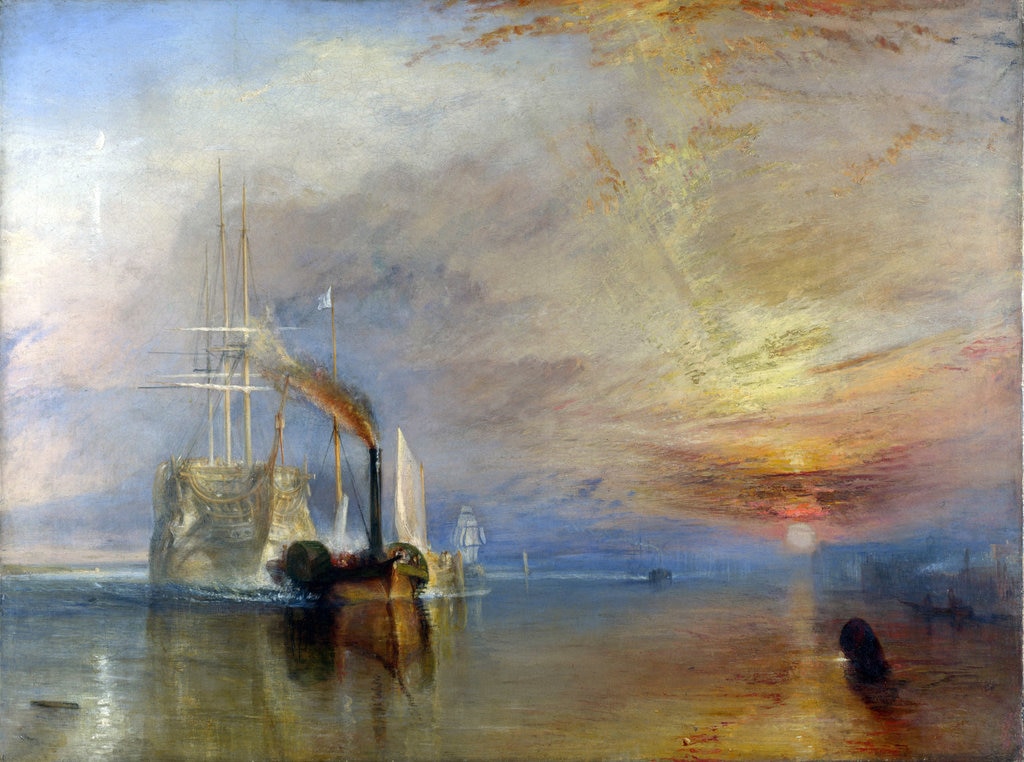 Staying with the themes of Romanticism and landscape, John Constable is another of English Romanticism’s important painters, and like Turner, he dedicated himself to pastoral landscapes, painting Dedham Vale, near where he was born. The Hay Wain is his great masterpiece. At the time, this large painting provoked scandal as his technique of using small brush strokes to paint landscape appeared to be almost the same as the technique used by the Impressionists. In London, this innovation was considered impertinent and deliberately provocative, although it was much loved in France and by Géricault. Nature was definitely Constable’s central theme, but his portrayal of nature was very different from that depicted by Friedrich. Fascinating, right? 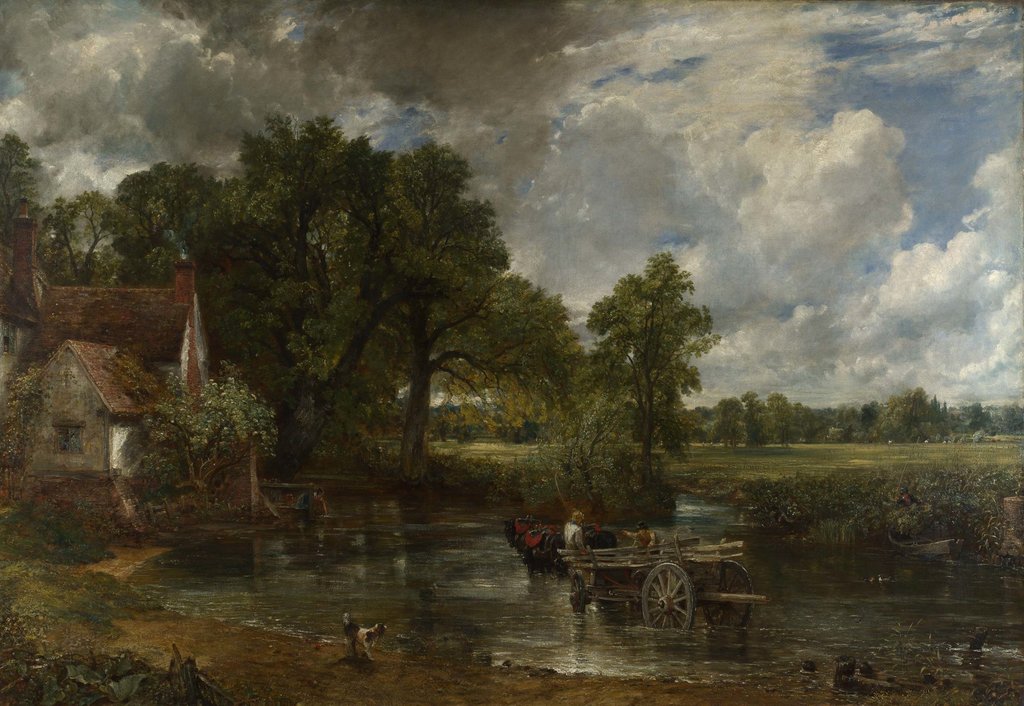 This painting hardly needs any explanation given that you are likely to have seen it many times before, reproduced in many different contexts and used to represent revolution, freedom, and the victory of the people. It portrays Liberty leading the united people against the oppressor, one of patriotism’s great concepts. Social class is not important here and Delacroix paints different types of people, which is evident from their clothing. Because of this, the painting has always been considered an icon of political art. This painting is one of the first examples of the genre and is certainly one of the most well-loved. 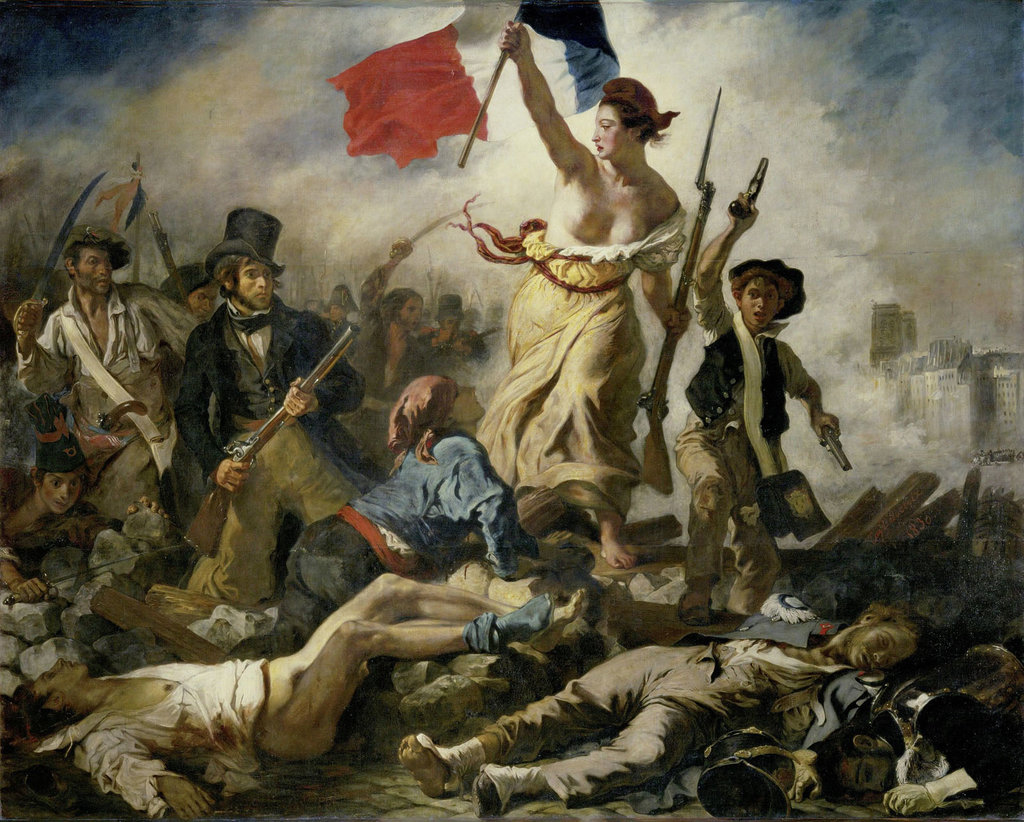 This artist belongs to German Romanticism and stands out due to his portrayal of children, for which he earned the nickname “painter of fairy tales”. He takes his place in Romanticism on account of the allegorical meaning he conveys, as in this painting, The Hülsenbeck Children, which is one of his best. In the foreground, the painting depicts a friend’s children standing next to some sunflowers. It is a perfect composition of colour and conveys the allegorical meaning of childhood, innocence, and the lost age, which the Romantic era wistfully looked back on. 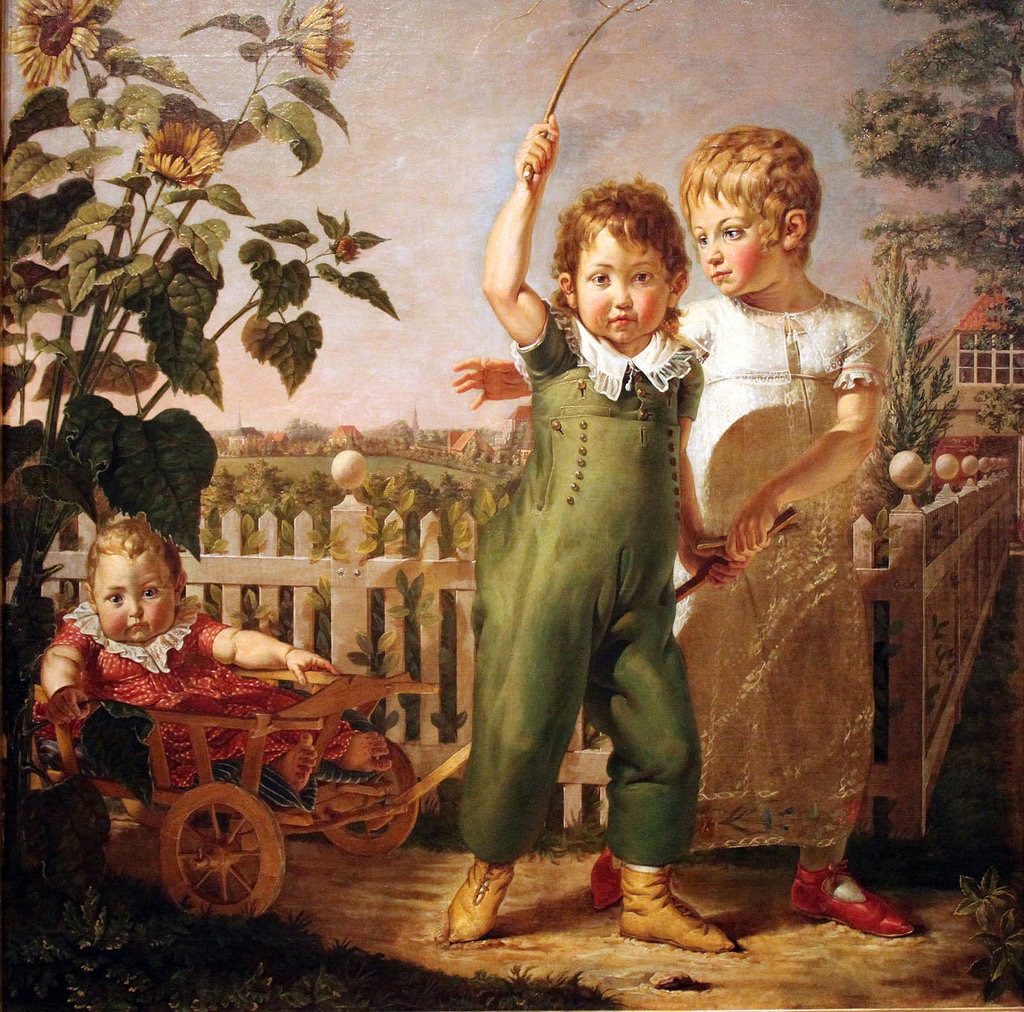 One of Romantic art’s prerogatives was that of looking to the past, often with a deep, nostalgic longing for distant times. Turner’s Dido Building Carthage is a perfect example of this. Turner admired the artists Nicolas Poussin and Claude Lorraine, who preceded him, and like them Turner employed historic themes, starting with the subject of this work, taken from Virgil’s Aeneid. The observer is captivated by the painting’s natural appearance and by the feelings its very nature conveys. A nature that is tranquil, majestic, dominating, and unchallenged. 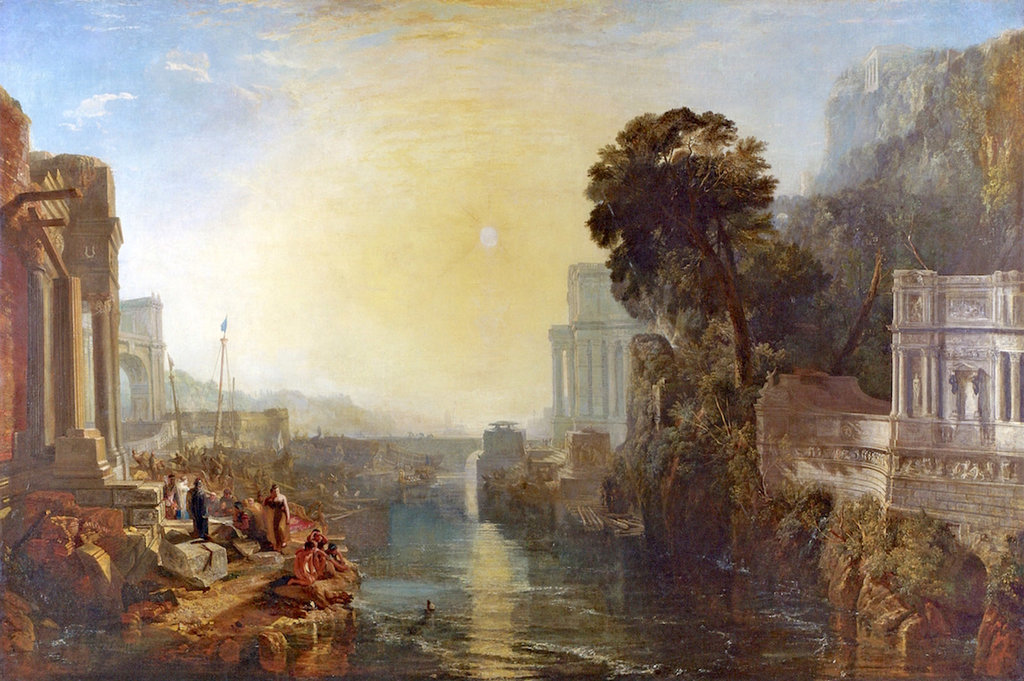 Friedrich returns to the shipwreck theme, but this time in a sea of ice. The German artist’s painting is best characterised by his ability to evoke strong emotion through landscape and nature images that have other symbolic meanings. The shipwreck actually represents man’s never-ending journey and brings to mind humankind’s extreme vulnerability. In a never-ending quest, man is at the mercy of events that take place and is powerless against them.

First and foremost a landscape painter, Camille Corot features among the Romantic artists because of his attention to nature and its relationship with man, captured here in the beautiful painting Chartres Cathedral. The painting portrays man’s presence in a natural setting made up of trees, clouds, and fields. The figures in the foreground make us aware of the human presence in a painting that aims to make all its different elements equally important. 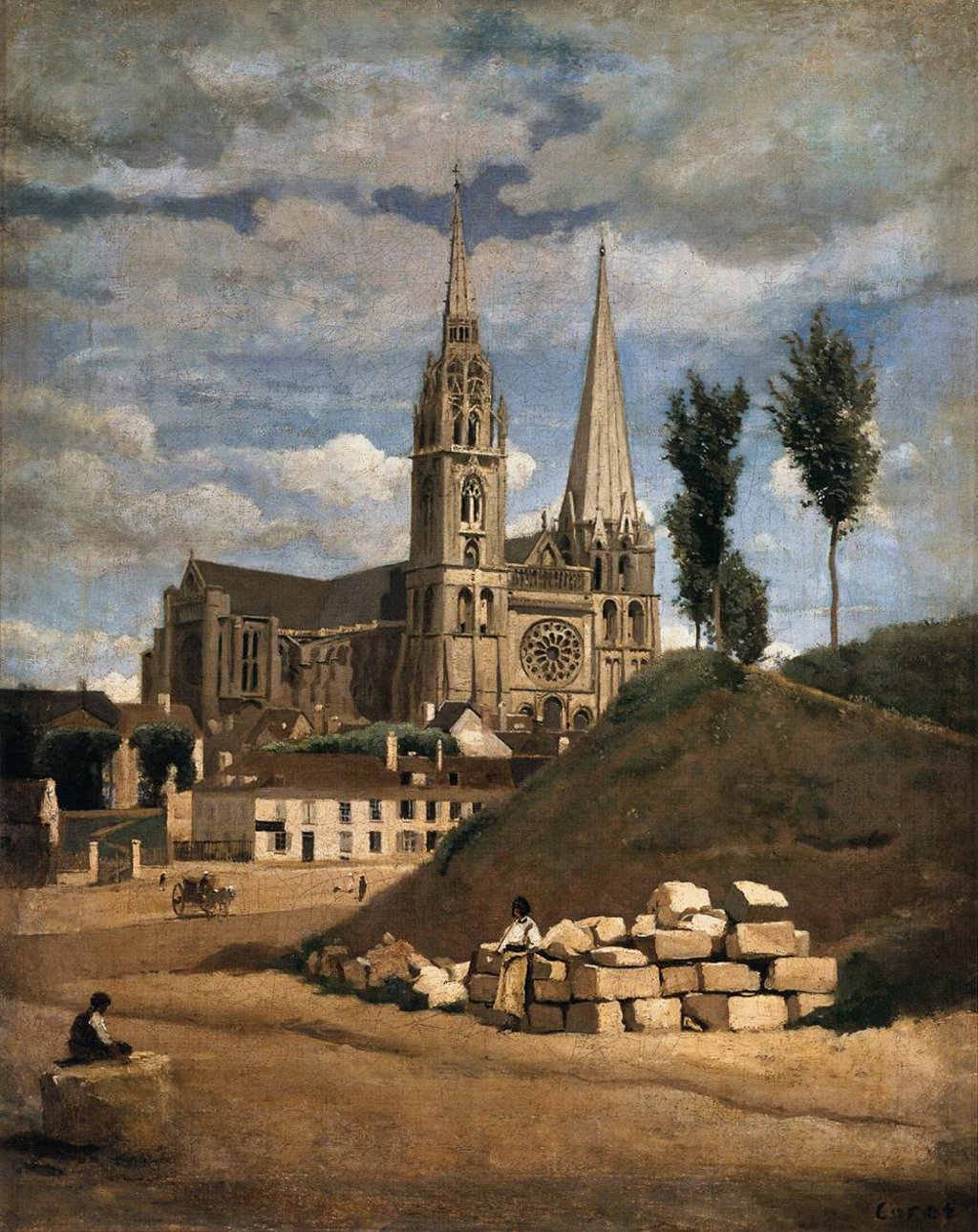 So, which of these Romantic paintings is your favourite?”

The Best Virtual Tours of Museums and Galleries

Find everything you need for a fun visit to the York Art Gallery with this comprehensive visitor’s guide.

9 of the Best Art Galleries in London

Discover the top art galleries in London to experience some history and culture on your holiday.

The Best Art Galleries in Manchester

Visitor’s Guide to the Fashion Museum in Bath

Visiting the spas and Georgian buildings of Bath? Check out our visitor’s guide to the Fashion Museum.