The Best Things to Do in Dortmund

If you're on the hunt for your next city break destination, a holiday in Dortmund will not disappoint. This German city may be most famous for its football heritage and historical events, but it also happens to offer a wealth of attractions that will appeal to the whole family. Here are our favourite things to do in Dortmund. 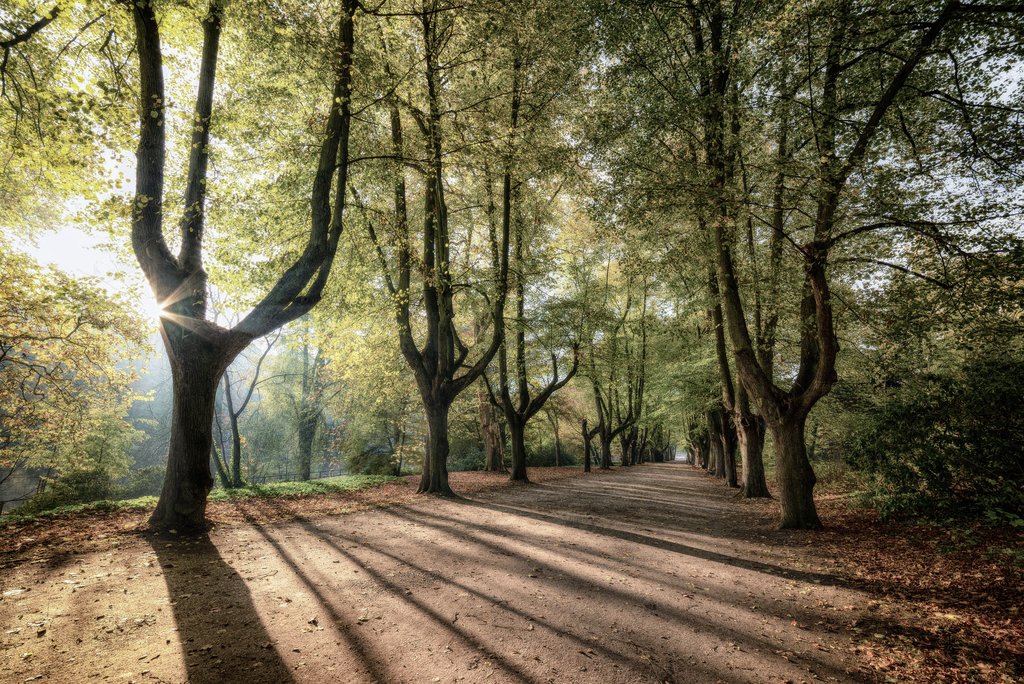 Entry is paid at Westfalenpark, but this activity-filled venue will keep you entertained all afternoon. The 70-hectare park is an outdoor paradise with a large network of walking routes. The other highlights here include the German Rosarium, which is home to over 2,500 varieties of roses, as well as a bird enclosure of colourful flamingos. For the mini explorers, there are playgrounds to enjoy and, during the summer months, you can also hop on the exciting chairlift ride. Conclude your experience at the park's 209-metre-tall Florianturm to see wide-reaching views over Westfalenpark and beyond. Zollern Colliery

Zollern Colliery is a place of stark contrasts. The impressive Art Nouveau facade of the main building doesn't immediately suggest that this was once considered to be a model coal mine, but this is exactly what it was. Now forming part of the larger Westphalian State Museum of Industrial Heritage, the Zollern Colliery officially shut down mining operations in 1969. This is an interactive, family-friendly museum, where visitors will not only get to witness coal-mining processes, but also learn about the often-harsh reality for the people working in this industry. Marvel at the colossal steel machinery before moving on to see the housing where miners and their families used to live. 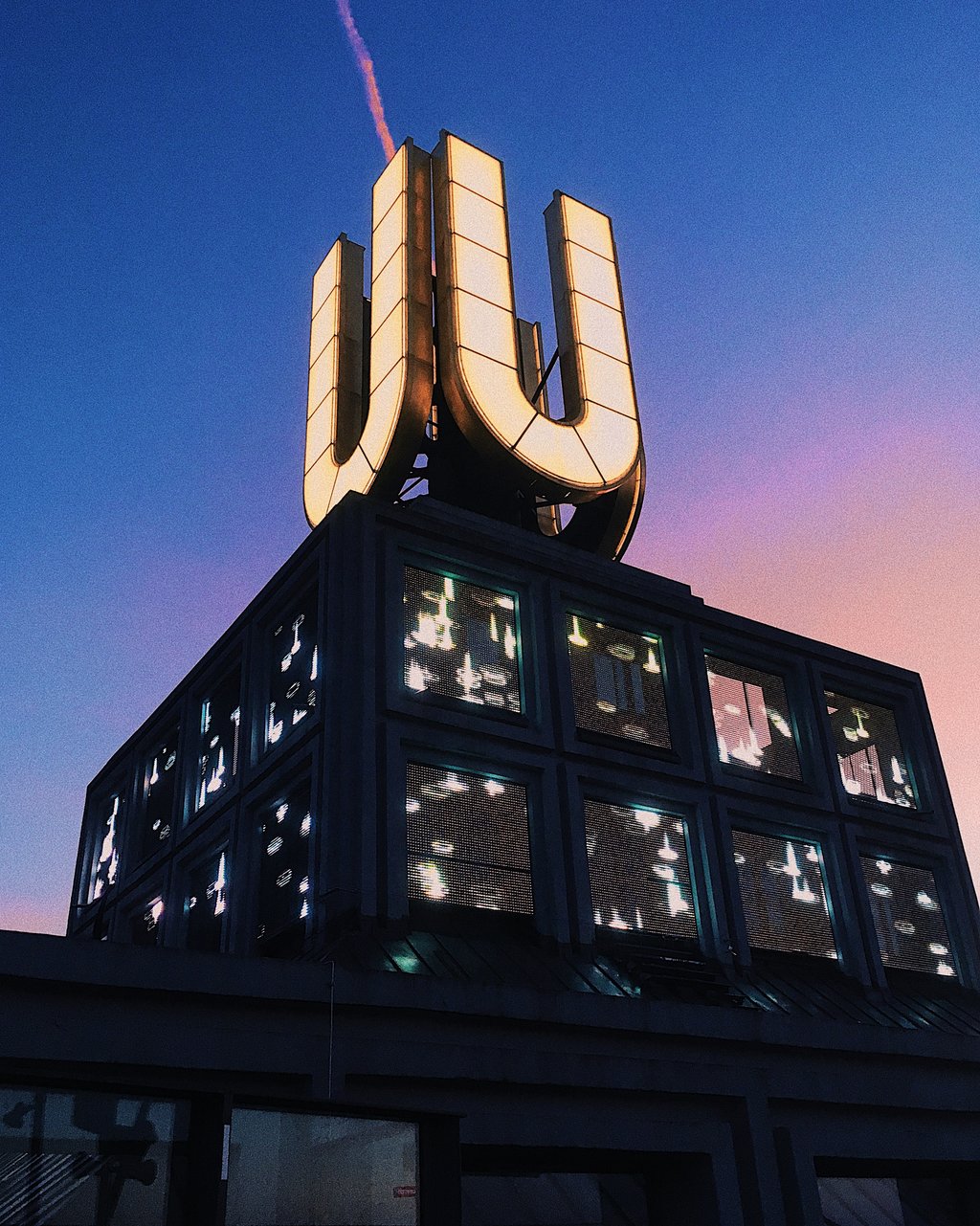 This modern art museum is located within one of Dortmund's most iconic buildings. The Dortmund U-Tower was once a brewery factory but, in 2008, it was converted into one of the city's most important cultural hubs. Museum Ostwall is just one of the attractions hosted here, but it is one that art enthusiasts shouldn't miss. The museum's permanent collection focuses on mainly Expressionist paintings, sculptures and graphics, with notable pieces by Pablo Picasso, Paul Klee as well as members of the 'Die Brücke' movement from Dresden. Hohensyburg

The atmospheric ruins of Hohensyburg provide an excellent excuse to travel out of central Dortmund for a half-day trip. Found on the southern outskirts of the city, this once-grand castle complex dates to the 8th Century, although this site is thought to have been occupied since Neolithic times. While much of the castle now lies in ruins, you can still wander around the remains of two large keeps as well as the former living quarters. You can also venture to the nearby Kaiser Wilhelm Monument to enjoy breathtaking countryside views over the Ruhr Valley. 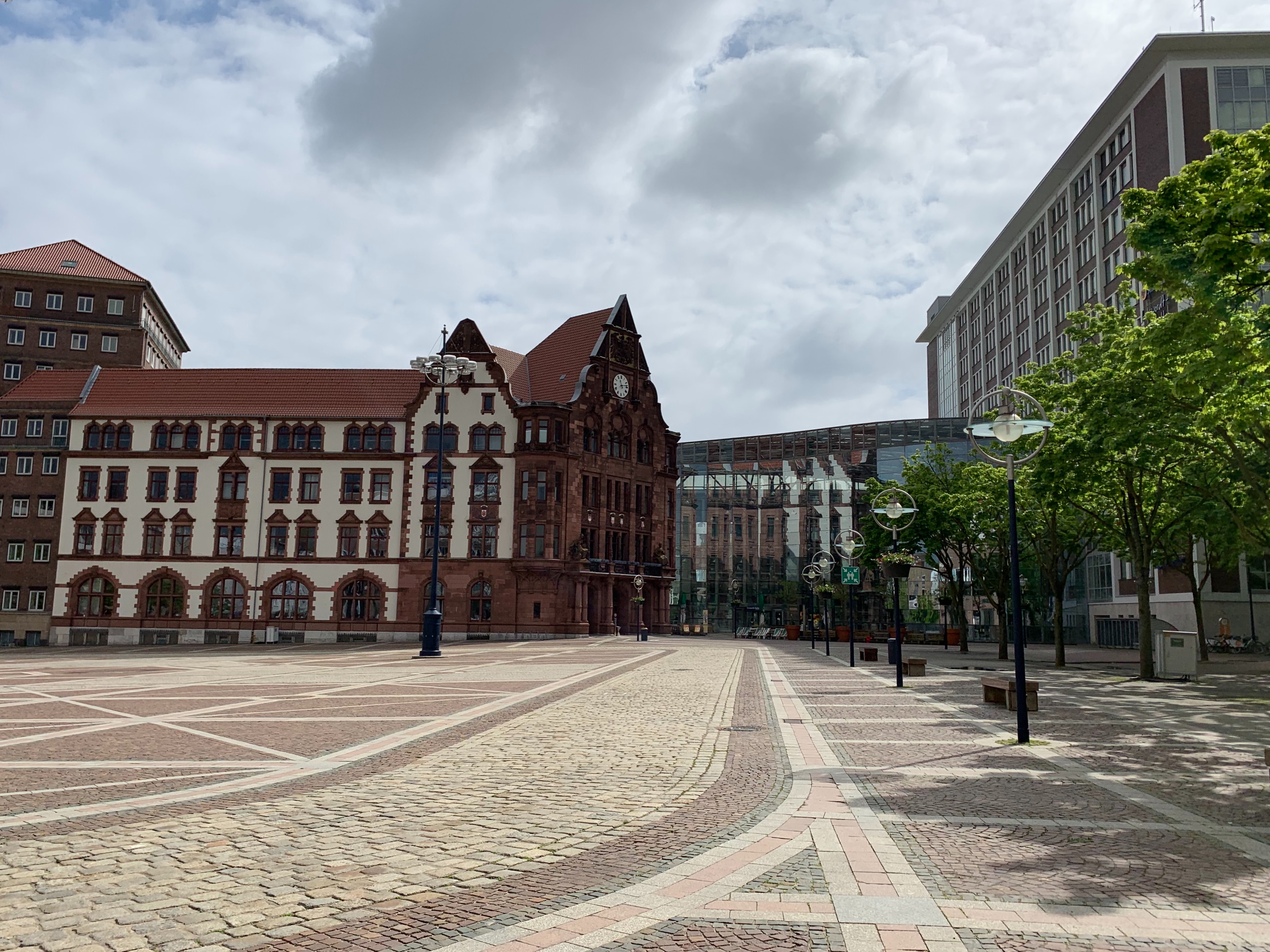 The Alter Markt translates as 'Old Market' and it's one of the most beautiful places in Dortmund's historical centre. Surrounded by streets filled with clothing shops, boutiques and souvenir stores, this pedestrians-only area is an ideal spot to partake in some retail therapy. When you - or your bank account - need a break from shopping, take a seat at one of the outdoor cafes and watch the world go by. You can also fit in some sightseeing here by taking in the glorious architecture on show at the nearby Altes Stadthaus and Berswordt-Halle. Wasserschloss Haus Rodenberg

You couldn't choose a more photogenic spot to while away an afternoon. Wasserschloss Haus Rodenberg is a moated castle, where its striking half-timbered walls are almost entirely surrounded by waterways. It hasn't always looked like this, as the building foundations actually date as far back as the 13th Century but it took on its current appearance during the 1600s. The parklands around the castle are extremely popular during the warmer months, where families congregate for picnics as well as to attend performances at the castle's Märchenbühne puppet show theatre. 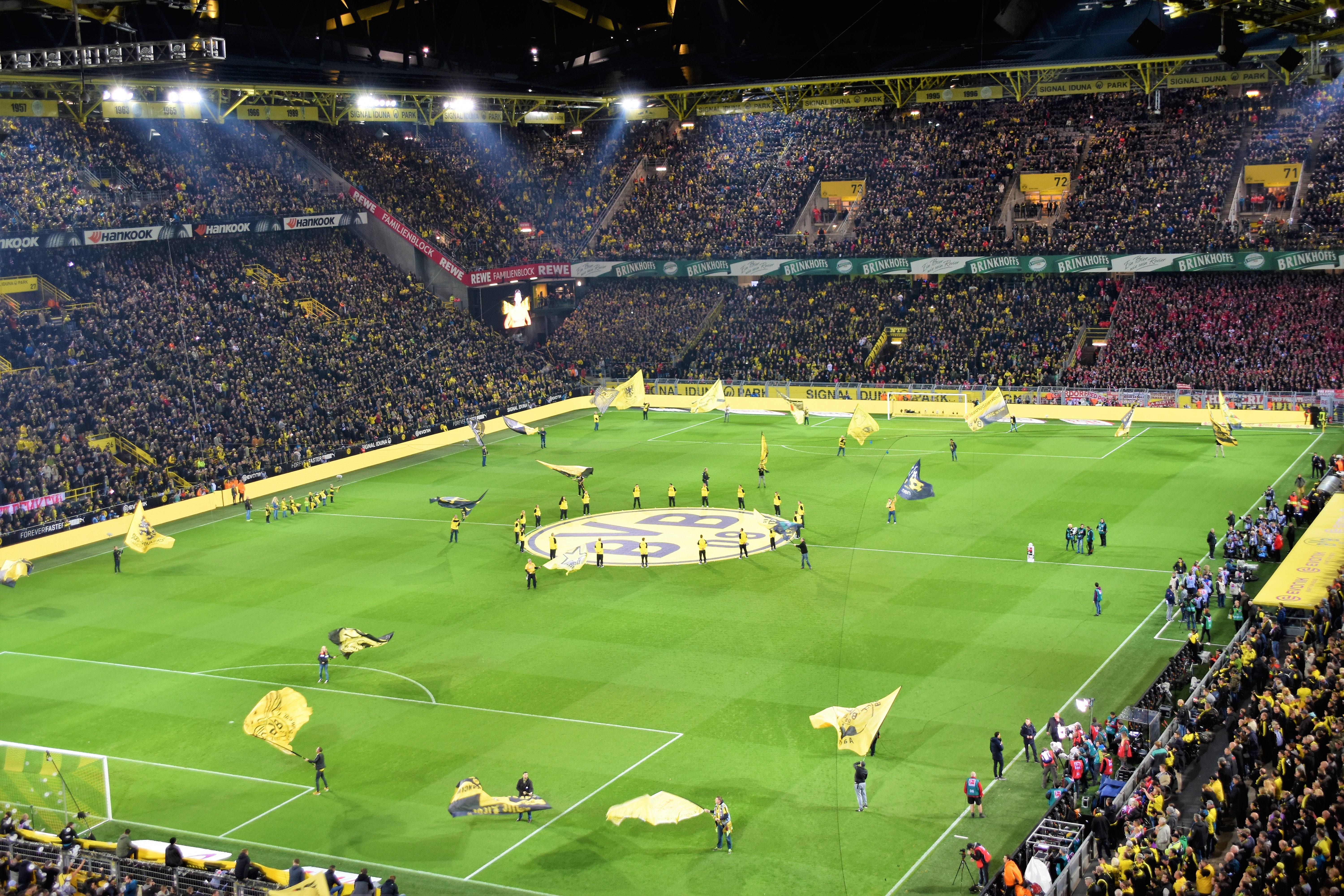 There are two ways for football fans to see the wonder that is Dortmund's Westfalenstadion. The 80,000-capacity stadium is the official home of the Borussia Dortmund football team and visitors can either catch a game here or - on non-match days - they can join a guided tour. Westfalenstadion, which bears the official name of Signal Iduna Park, was built in 1974 in time for the FIFA World Cup that year. While on a tour of the stadium, visitors will get to explore the dressing rooms, the players' tunnel as well as areas normally reserved for VIPs.

Situated in the heart of Dortmund city centre, 13th-Century St Reinold's Church is considered to be the oldest extant church in all of Germany. The church was almost completely destroyed during the Second World War, but it has since been fully restored to its former glory. Step inside to see 14th-Century wooden sculptures of historical figures, including one of Reinold, the patron saint of the city. If you have energy to spare, climb up the church's 104-metre tower to see the steel bells (which weigh a total of 20 tonnes) as well as the mesmerising views over central Dortmund.

Are you ready to embark on your own Dortmund adventure? Book your Dortmund hotel and start planning your getaway today.

Where to Stay in Dortmund

Located in the heart of Dortmund, this hotel is within 2 mi (3 km) of Westenhellweg Street, Westfalenhallen, and Signal Iduna Park. Westfalenpark Dortmund is 1.7 mi (2.8 km) away. Westentor U-Bahn is only a 2-minute walk and Unionstrasse U-Bahn is 7 minutes.

Located in Innenstadt, this hotel is 0.3 mi (0.4 km) from Parish Church of St. Peter and Paul and 1.3 mi (2.1 km) from Starlight Express Theater. Zeiss Planetarium Bochum and German Mining Museum are also within 1 mi (2 km). Bochum Central Station is only a 2-minute walk and Bochum Rathaus U-Bahn is 7 minutes.

Located in Innenstadt, this hotel is within a 10-minute walk of Tierpark und Fossilium Bochum and Starlight Express Theater. Bismarck Tower and RuhrCongress Bochum are also within 10 minutes. Deutsches Bergbau-Museum U-Bahn is 14 minutes by foot and Bochum Rathaus U-Bahn is 17 minutes.

Located in Ruhrallee Ost, this luxury hotel is within 1 mi (2 km) of Florian Tower, Westfalenhallen, and Signal Iduna Park. Westfalenpark Dortmund is 0.1 mi (0.1 km) away. Westfalenpark U-Bahn is 5 minutes by foot and Remydamm U-Bahn is 10 minutes.

Located in Innenstadt, this hotel is within a 5-minute walk of RuhrCongress Bochum and Starlight Express Theater. RewirpowerSTADION and Tierpark und Fossilium Bochum are also within 10 minutes. Deutsches Bergbau-Museum U-Bahn is 19 minutes by foot and Bochum Rathaus U-Bahn is 21 minutes.

Situated in Dortmund, this hotel is within a 10-minute walk of Westfalenhallen and Signal Iduna Park. Westfalenpark Dortmund is 1.2 mi (1.9 km) away. Kreuzstrasse U-Bahn is 7 minutes by foot and Theodor-Fliedner-Heim U-Bahn is 10 minutes.

Located in Barop, this hotel is within 2 mi (3 km) of DASA Working World Exhibition, Signal Iduna Park, and Westfalenhallen. Westfalenpark Dortmund is 2.4 mi (3.8 km) away. Dortmund University S-Bahn is 9 minutes by foot and Universitat H-Bahn is 10 minutes.

Located in Emst, this hotel is within a 15-minute walk of Stadthalle Hagen and Osthaus Museum Hagen. Theater Hagen and Catholic Parish of the Sacred Heart are also within 1 mi (2 km). Hagen-Oberhagen Station is 9 minutes by foot and Hagen Central Station is 25 minutes.

Located in City-Ost, this hostel is within 2 mi (3 km) of Orchestra Center NRW, Westfalenhallen, and Westfalenpark Dortmund. Signal Iduna Park is 2 mi (3.3 km) away. Dortmund Central Station is only a 5-minute walk and Kampstrasse U-Bahn is 6 minutes.

Located in Aplerbecker Straße, this hotel is within 9 mi (15 km) of Hansaplatz, Westfalenhallen, and Helmut-Koernig-Halle. Signal Iduna Park is 6.7 mi (10.8 km) away. Schuerbankstrasse U-Bahn is 20 minutes by foot and Aplerbeck U-Bahn is 21 minutes.

Located in Dortmund City Centre, this hotel is within 2 mi (3 km) of Westenhellweg Street, Westfalenhallen, and Westfalenpark Dortmund. Signal Iduna Park is 1.9 mi (3.1 km) away. Kampstrasse U-Bahn is only a 2-minute walk and Reinoldikirche U-Bahn is 7 minutes.

Located in the heart of Dortmund, this hotel is within a 10-minute walk of Westfalenhallen and Signal Iduna Park. Westfalenpark Dortmund is 1.1 mi (1.7 km) away. Kreuzstrasse U-Bahn is 8 minutes by foot and Westfalenhallen U-Bahn is 10 minutes.

Located in Innenstadt, this hotel is within 1 mi (2 km) of German Mining Museum and Starlight Express Theater. Parish Church of St. Peter and Paul and Zeiss Planetarium Bochum are also within 15 minutes. Deutsches Bergbau-Museum U-Bahn is 6 minutes by foot and Bochum Rathaus U-Bahn is 6 minutes.

Use this guide to Cornwall's top attractions to plan your Cornwall holiday and enjoy the best this popular destination has to offer.

Explore Essentials: 9 Things to Do in Cornwall
Author: Expedia Team

Discover the best things to do in Cornwall, such as a fascinating witchcraft museum, dramatic castles and a lush garden with global plant species.

10 of the Best Beaches in Cornwall
Author: Expedia Team

Discover 10 of the best beaches in Cornwall to plan your seaside retreat with friends or family.

Discover the best beaches in Santorini to enjoy a day of sunbathing and swimming with the family or on your own.

10 Free Things to Do in Lisbon
Author: Expedia Team

Find out the top free things to do in Lisbon, such as visiting parks and museums, to save on your holiday.

Everything You Need to Know about Public Transport in Berlin
Author: Expedia Team

Get around the German capital with ease thanks to our handy guide to public transport in Berlin.

The Five Boroughs Like a Local: Apartments in Manhattan
Author: Expedia Team

For an authentic experience of Manhattan, consider basing yourself in one of these stylish apartments. You'll feel like a local in no time at all.

Explore Essentials: Things to Do in Lisbon
Author: Expedia team

From exploring Portugal's rich arts culture and learning about the country's fascinating history to enjoying a glass of port in a charming backstreet bar, here's our pick of things to do in Lisbon.

The Ultimate Guide to Shopping in Prague
Author: Expedia team

From glassware to modern fashion, Prague has some truly unique shopping options. Get the lowdown with our ultimate guide to shopping in Prague.