Rome is clearly a major destination for arts and culture; while the crowds gawk at the Vatican Museums, the city's more hidden galleries and foundations offer incredible experiences just off the beaten path. Here are the top five places to explore the more unexpected side of Rome's museums:

Open only on Saturday mornings, this insanely beautiful palazzo (palace) is still a family home. It is an abode fit for royalty, and the Princess Colonna still lives in the gorgeous home that has been in her family since the 14th Century. Absolutely dripping with chandeliers, tapestries, gold gilt and frescoes, the privately owned gallery is virtually unknown to Rome's visitors but boasts art by Tintoretto and Botticelli, among others. In better weather, it is worth the additional ticket charge to be granted access to the terrace and gardens. 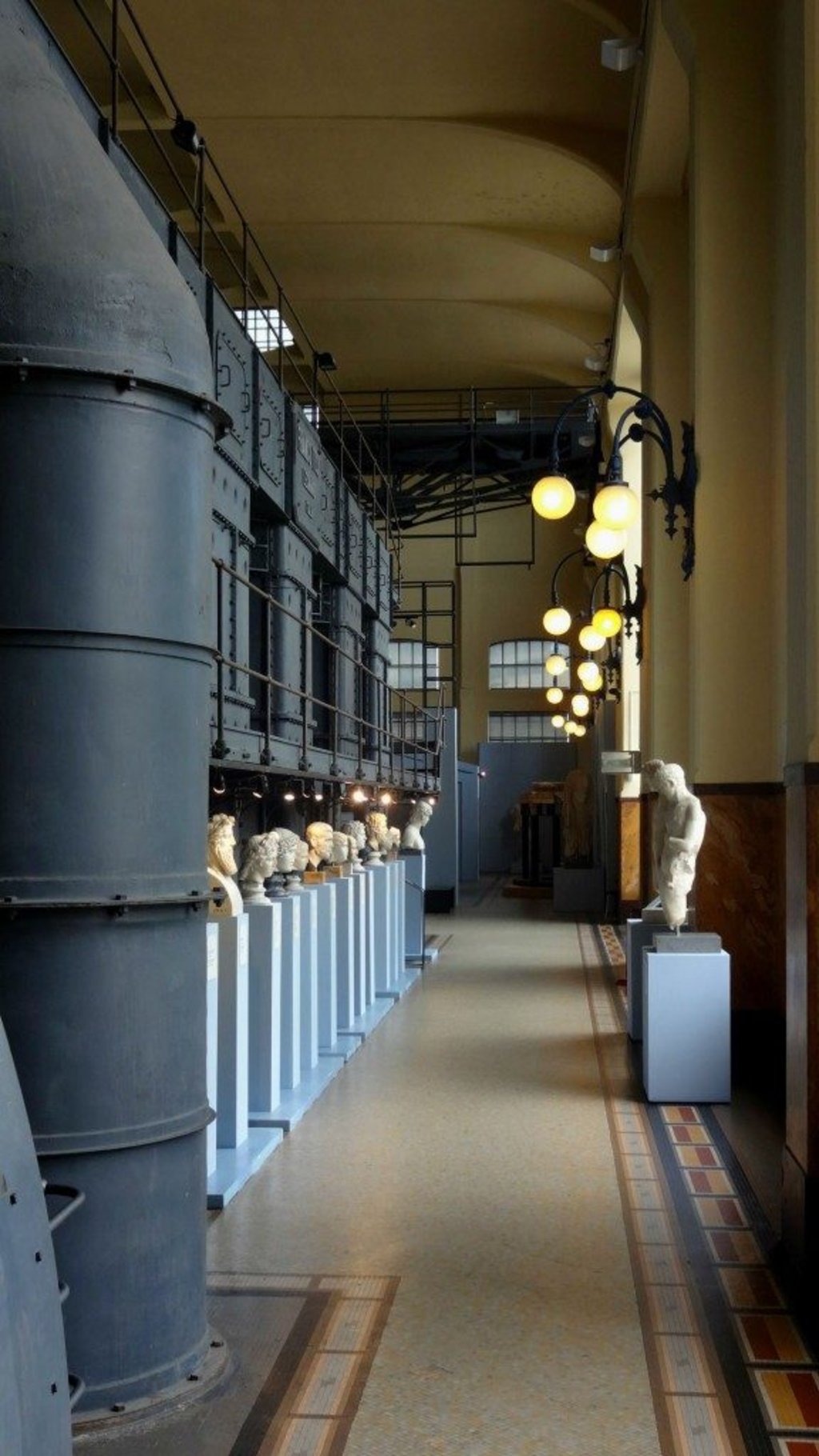 Rome has no shortage of ancient sculptures. The magnificent marbles can be found in many of the city's civic museums, but the most interesting backdrop for the classical works is without a doubt the Centrale Montemartini. A bit off the regular tourist track, the museum was once a major power plant that kept the city's lights on. Now decommissioned, the turn-of-the-century machinery provides a captivating contrast to the 2,000-year-old sculptures from the Capitoline Museum's extensive collection.

If thousand-year-old art sounds dry, the MACRO Testaccio has you covered. This contemporary museum hosts an ever-changing array of hyper-modern visual art exhibits. Think electric chairs sparking live wires in old refrigerated compartments, or melting wax figures of the Pope, and you start to get an idea of what to expect. The space also regularly hosts installations and travelling photography exhibits. Set in Rome's abandoned slaughterhouse complex, the audio-visual experience is unlike any other you will find at stuffier museums in Rome.

Art and architecture can only take you so far. Sometimes to really get to know a city, you have to examine its seediest side. Rome's Crime Museum offers the perfect opportunity to learn about the Eternal City's unsavory characters and the executioners who set them straight. Set in an old prison just off the now (very) swanky Via Giulia, the small museum exhibits medieval torture devices and working its way up to Rome's more modern notorious crimes, all for the wallet-friendly price of €2.

With so many millennia of achievements to fall back on, it is easy to forget the 20th century in Rome. This under-visited foundation is dedicated to the work of one the most famous modern Italian painters - Giorgio De Chirico. His home, now turned museum, offers an intimate glimpse at the life of an artist. (An artist who lived in the ritzy area around the Spanish Steps, no less). Visits must be scheduled, which means you are more than likely going to have the lovely artistic space all to yourself.

Where to Stay in Rome

Located in Rome's Quirinale district, this hotel draws a mix of tourists to its doors, which are 1 block from Teatro dell'Opera and a 5 minute walk to the Termini Station.

This stylish hotel is a 2-minute walk from the Termini rail station and just 0.3 km (0.2 mi) from Basilica di Santa Maria Maggiore and the Opera Theatre. The Colosseum and Forum are 1.2 km (0.8 mi) away.

This hotel is linked by the skywalk to a moving walkway to all the airport terminals; links to the train station and a free shuttle to the city centre.

Central Rome hotel housed in a late 19th-century building retaining much Imperial grandeur, 500 metres from Quirinale Palace and one kilometre from the Colosseum.

Centrally located in Rome, this hotel faces the Teatro dell'Opera and is within 2 blocks of the Repubblica metro station and Via Nazionale and within 1 km (0.5 mi) of Basilica of Santa Maria Maggiore.

Hotel Delle Nazioni is situated in the heart of Rome, just around the corner from the Trevi Fountain. This 4-star hotel is 5 minutes from both the Spanish Steps and stylish Via Condotti shopping.

This hotel draws business travelers and families to its doors, 2 blocks from Rome's Vatican City, Saint Peter's Basilica and Square; Vatican Museum is a half-mile away, as is Castle San Angelo.

Housed in a 1930s building one block from the River Tiber, this luxury Rome boutique hotel lies opposite the little Temple of Vesta from the second century BC, and 150 metres from Circus Maximus.

Located in Esquilino, this boutique hotel is within a 10-minute walk of Santa Prassede, Basilica di Santa Maria Maggiore, and Via Nazionale. Teatro dell'Opera di Roma and Via Marsala are also within 10 minutes. Rome Termini Station is only a 5-minute walk and Laziali Station is 6 minutes.

This classically renovated Rome hotel is located in the heart of the city, within walking distance of Piazza del Popolo, Villa Borghese Park, and the Vatican.

Hotel Colosseum is located in the center of monumental Rome, immediately near the Colosseum, the Santa Maria Maggiore basilica, and the Domus Aurea archaeological site.

Located just minutes from the Vatican City and the historic center, the hotel offers a complimentary shuttle bus service (up to capacity) running every hour to/from Piazza Barberini, next to the Spanish Steps.

9 of the Best Pizza Places in Rome
Author: Expedia Team

Whether you like your pizza thin and cheesy or large and veggie, Italy's capital has you covered. Here are nine places in Rome to find the best pizza.

The Most Famous Buildings in Rome: How to See Them
Author: Expedia Team

Learn more about Rome's famous landmarks and attractions and how to visit them on your next holiday.

There are no two ways about it: travelling has an impact on the environment. These eco-hotels seek to alleviate it by using renewable energy.

Your definitive guide to the best things to do in Trastevere, with tips on the best nightlife, markets and attractions in this beautiful Roman suburb.

The Prettiest Parks and Gardens in Rome
Author: Expedia Team

From Villa Borghese and Villa Celimontana to the Vatican Gardens and Parco degli Acquedotti, here's our pick of the prettiest parks and gardens in Rome.

The Best Places in Italy for Food
Author: Brenna Holeman

There's so much more to eat in Italy than just pasta and pizza. We've rounded up the best places in Italy for food, from Bologna to Rome and back again!

Buona Sera: What to Do in Rome at Night
Author: Expedia

Discover the best things to do in Rome at night, from late-night dinners and neighbourhood explorations to iconic tourism experiences at dusk.

6 Apartments in Rome for a Down-to-Earth Stay in the Eternal City
Author: Expedia Team

Your guide to six apartments in Rome for a down-to-earth stay close to the attractions of the Eternal City.

There are ways to sightsee your way around Rome for less. Here's how to experience the city's biggest attractions on a budget.

The Colosseum, the Forum - you might know what you want to see in Rome. But what about how to see it? Here are our practical tips for Rome's attractions

The Ultimate Guide to Shopping in Rome
Author: Expedia team

Few places do shopping like Rome. Get top tips on where to go in the city for a fashion pilgrimage with our complete guide to shopping in Rome.

From visiting in low season to carrying a reusable water bottle, here are our top tips for sustainable travel in Rome, Italy.

The Top things to Do in Rome for Football Fans
Author: Expedia Team

Looking to book a football vacation? Follow in the footsteps of AS Roma and discover the best things to do in Rome for football fans!

The 7 Best Breakfasts in Rome

10 of the best museums in Berlin
Author: Expedia Team

10 of the best museums in Berlin

10 Museums to See in Your Lifetime
Author: Brenna Holeman

10 Museums to See in Your Lifetime

Things to do in Rome

Take part in an authentic 4-course private cooking class that allows you to make a delicious Italian meal inside a gorgeous 17th-century palazzo. Visit a

A journey to one of the most beautiful and romantic parts of Italy, the spectacular Amalfi Coast, considered Italy’s most scenic stretch of coastline and

Could there be a better way to learn about history in Rome than taking a wander through the streets with a local. Didn't think so! You'll meet your local

By Eyes of Rome

Explore the most monumental sites of the Eternal City with a private tour guide who will bring the spirit of ancient Rome to life. Visit the most important

By Walks of Italy

You don’t have to go far to explore Italy beyond Rome. Within an hour’s drive you can walk the streets of a lost city just as important as Pompeii; drink

Spend 2-hours exploring the Borghese Gallery with a knowledgeable guide. See works by some of the masters of the Renaissance and Baroque periods, like

Journey into the Roman countryside to marvel at the 15th-century feudal fortress of Odescalchi Castle. Explore the castle's historic chambers and admire

Capuchin's Crypt: sacred Music in the Heart of Rome

A guided tour in English of the famous Capuchins Crypt, Church and Museum. Our historically informed group will perform the fascinating Gregorian chant and

Cascia and Spoleto – A Journey throug time in Umbria

Full day tour from Rome. Live the unique experience traveling the Region of Umbria, to visit one of its most beautiful and visited places of worship and join

Enjoy the skip-the-line entry to the wonderful fortress of Castel Sant'Angelo and discover its varius functions over the centuries. It was erected by emperor

Discover Rome and explore the sites that have made this city the center of Christianity. You can relive this ancient history walking through the Impressive

Leave those crowds behind and skip the queue with this unmissable Colosseum experience. Explore the inside of one of the world's greatest attractions that’s

By Show Me Italy

Discover a once in a lifetime experience that will, without a doubt, be one of the highlights of your trip. With special acess through the Gladiator's Gate,

Colosseum Through The Back Door With Gladiator's Gate & Arena Floor

ItineraryThis is a typical itinerary for this productStop At: Colosseum, Piazza del Colosseo, 00184 Rome ItalyYou will meet your guide at our office at Via