Explore Essentials: Things to Do in the Lake District

The Lake District National Park, in England's far north-west, is a wonderful mix of shimmering lakes, soaring peaks and craggy fells, that's dotted with more than its fair share of quintessential country villages.

The landscape dominates, and most visitors' motivation is exploring the outdoors - but there's plenty of unique history to explore here too. From the favourite haunts of local artists to the top outdoor experiences, here are the best things to do in the Lake District. 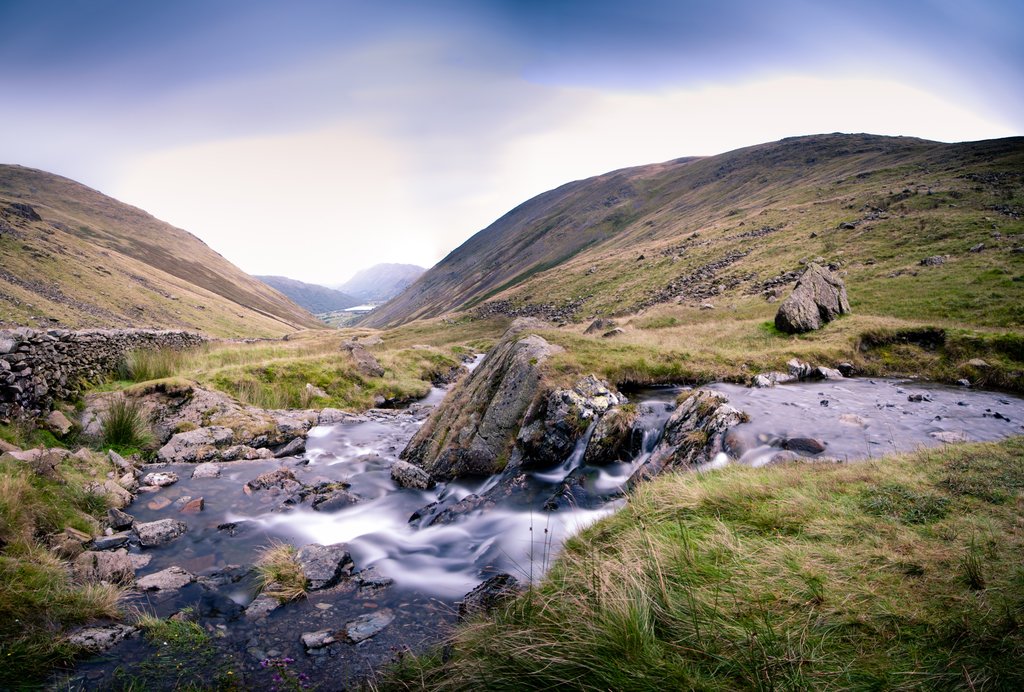 _Photo by Andrew Kelly on Unsplash_

Take to the Waters of Lake Windermere

The obvious starting point. Boats and ferries zigzag across Windermere, the largest natural lake in England, and you can choose from a short 45-minute trip to a full three-hour cruise. There are plenty of opportunities to hire your own boat too, and even kayak across Windermere to explore some of its many islands.

One of the Lake District's newest attractions is the Windermere Jetty, a shoreline museum that brings to life the history of the Lake, with the opportunity to take to the water aboard the Osprey, a beautifully restored Edwardian steam launch.

William Wordsworth is one the most famous Lakeland poets and Dove Cottage is where he lived in the early part of the 19th century. You can visit the cottage and a museum dedicated to the poet next door.

Explore another link to Wordsworth, and the house where he lived from 1813 until his death in 1850, by taking the two-mile walk from Dove Cottage, above Grasmere and Rydal Water, to Rydal Mount. It's an impressive 16th-century house full of memorabilia and mementoes, while the gardens were the inspiration for Daffodils, perhaps his most famous poem.

Tackle the Honister Slate Mine Via Ferrata

The Honister Slate Mine, high up in the Lakes between Keswick and Buttermere, is a remnant from the 18th century that's still being worked today. But while you can venture underground, with a tour of its shafts and tunnels, most people come to take on the via ferrata.

This award-winning trail uses cables, ladders and rungs hammered into the rockface to follow the original miners' track up the impossibly steep face of Fleetwith Pike. It's a bit like rock climbing, but more accessible. If that's not adrenaline-fuelled enough for you, there's an 'Xtreme' route with added vertical climbs, cliff edges and cargo net scrambles.

Explore the World of Beatrix Potter

Beatrix Potter has strong links with the Lake District, having set many of her great stories here. She bought the 17th-century Hill Top farmhouse at Sawrey in 1905, and on her death in 1943, she left the house to the National Trust. The legacy came with the stipulation that it should always be shown as it was when she lived there. It's a must with kids, and, actually, without them - the place is a fascinating insight into a hugely talented British artist whose legacy is very much alive.

There's more Potter paraphernalia at the World of Beatrix Potter in Bowness-on-Windermere, a great place for younger children to meet some of their favourite characters. 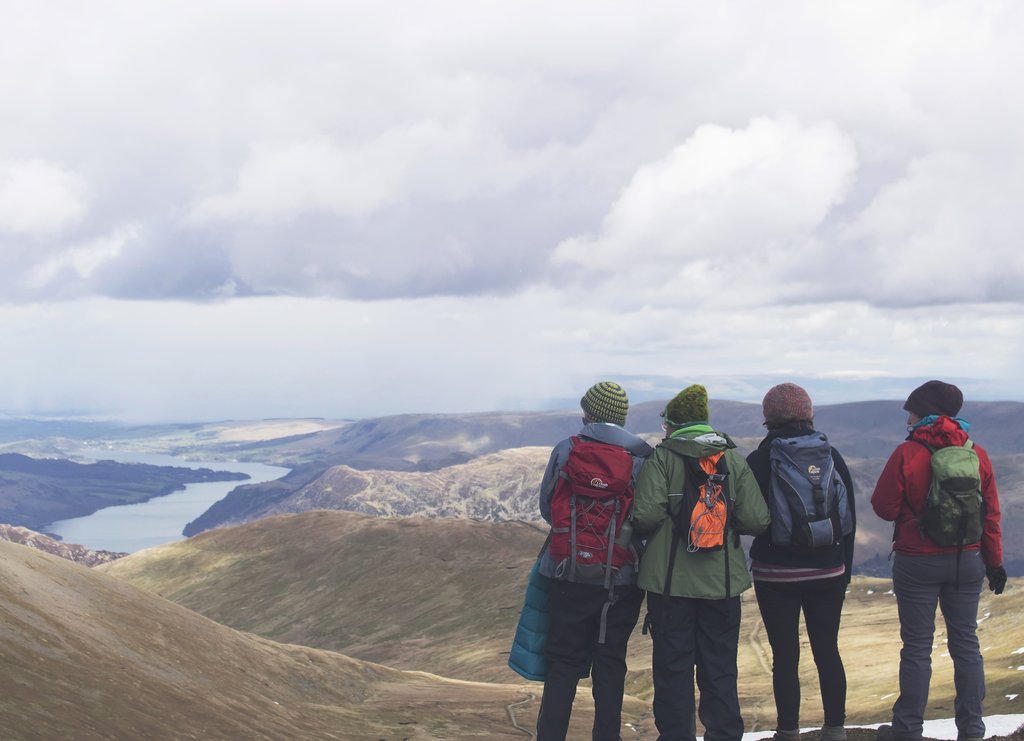 _Photo by Matt Heaton on Unsplash_

The Lakes are a walker's paradise, with a maze of tracks and trails to follow, from gentle woodland wanders to more challenging treks, such as the ascent of Scafell Pike, which at 978m is England's highest point. It's a strenuous walk to the summit but conquer it and you'll be rewarded with stunning views.

Another fine walk is the Ullswater Way, a great way to explore the eponymous lake. The trail takes in the magnificent Falls of Aria, where an arched stone bridge takes you over the crashing waterfall.

Brantwood House was the stunning home of Victorian thinker and philanthropist John Ruskin, and sits high up above Coniston Water. It's surrounded by an estate of 250 acres, with eight very distinctive gardens that demand to be explored.

The nearby village of Coniston is home to the Ruskin Museum, which covers the history of the Lakes and delves into the lives of two more famous Lakeland characters, Swallows and Amazons' author Sir Arthur Ransome and one-time world water speed record-holder, Sir Donald Campbell. 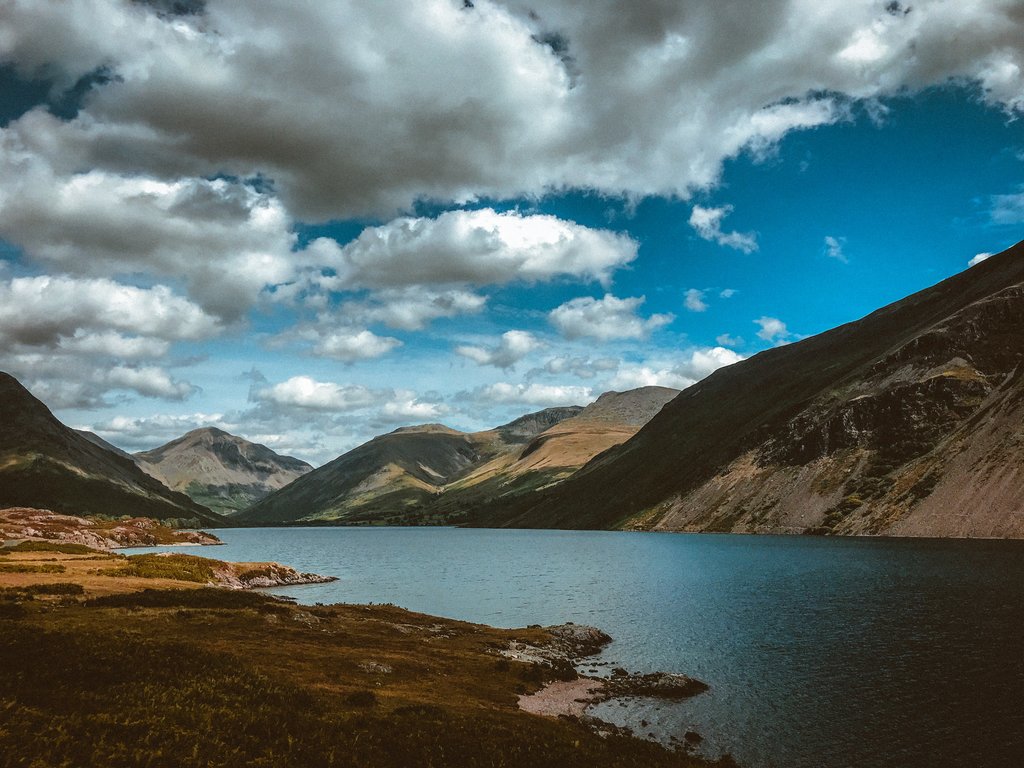 _Photo by Matthew Daniels on Unsplash_

Drink a Toast to the Lakes

The Lakes Distillery sits on the edge of Bassenthwaite Lake, and has gained a reputation for its fine whisky, gin and vodka. There are daily tours and tastings, and a popular bistro, too.

The Lakes are also home to a host of fantastic country pubs, including the Drunken Duck, a legendary institution at Barngates, the Mortal Man, a huge rambling pub with superb views down the valley to Windermere and the Masons Arms on Cartmel Fell, where logs fires are the order of the day.

Get a New Perspective at Castlerigg Stone Circle

Atmospheric and ancient, the venerable 38 stones of the Castlerigg Stone Circle were erected around 5,000 years ago, making them among the oldest of their kind in the UK.

Set in the shadow of some of the Lakes' highest peaks, it's a dramatic spot that's wonderfully free of the flotsam and jetsam of 21st-century life. The monument is a half-hour stroll from the centre of Keswick, with sunset undoubtedly the best time to visit.

If you're planning a trip to Lakeland, check out our hotels in the Lake District.

Towns and Villages in the Lake District: The Best Places to Stay
Author: Expedia Team

Find the best places to stay in the Lake District, including the top spots for couples, families and more.

Romance in Cumbria: Things to Do in the Lake District for Couples
Author: Expedia Team

As you might expect from such a beautiful place, there are plenty of amazing things to do in the Lake District for couples. Here's our pick of the best.

Lakeland Must-Sees: 7 of the Best Places to Visit in Cumbria
Author: Expedia Team

Take a look at our guide to discover the best sights and attractions in Cumbria and Lakeland to plan your next fun-filled holiday.

What's on in and Around the Lake District
Author: Expedia Team

Your guide to the best events in the Lake District, Cumbria

Itinerary tips for 3, 5 and 7 days in the Lake District
Author: Explore by Expedia

Find out what to do and see on your next trip to the Lake District in England with expedia.co.uk/explore.

Amsterdam for Couples: Where to Go and What to Do
Author: Expedia Team

Discover the best activities and attractions in Amsterdam for couples, from romantic restaurants to fun attractions.

Things to Do in Brighton for Couples
Author: Expedia Team

Discover the best things to see and do in Brighton on a couple's retreat, from exploring historic sites to enjoying romantic dinners.

Eat, drink, avoid the crowds and lose yourself in the historic winding streets of Cannaregio, Venice. Here's our guide to this charming sestiere.

Discover things to see and do for a romantic retreat to London for Valentine's Day, and plan your trip.

How to Spend Valentine's Day in Glasgow
Author: Expedia Team

Discover unique and exciting things to do on Valentine's Day in Glasgow for an unforgettable couple's holiday.

Discover the top sights and reasons to visit Edinburgh on a couple's retreat for Valentine's Day.

Looking for the ultimate romantic holiday? We've selected ten of the best Valentine's Day hotels for you and your loved one!

Romantic Rome: Things to Do for Couples in the Eternal City
Author: Expedia Team

Discover the best things to do for couples in Rome, from tranquil garden strolls to horse-drawn carriage rides.

Romance in the Capital: What to Do in London for Valentine's Day
Author: Expedia Team

Find out what to do in London for Valentine's Day for a memorable experience with your partner.

The Best Villages in the Cotswolds
Author: Brenna Holeman

From adrenaline junkies to foodies to wildlife lovers, we've found the perfect honeymoon for every couple. Here are our best honeymoon ideas!

A Honeymoon in Bali: Things to Do for a Romantic Holiday
Author: Brenna Holeman

Romance in Cumbria: Things to Do in the Lake District for Couples
Author: Expedia Team

As you might expect from such a beautiful place, there are plenty of amazing things to do in the Lake District for couples. Here's our pick of the best.

Things to Do in Edinburgh for Couples
Author: Expedia Team

Find the top romantic sights and activities in Edinburgh to enjoy a tranquil couple's retreat of sightseeing with your loved one.

The north of England has plenty of luxury retreats for couples looking to spend some quality time together says Dannielle Noonan, who manages the travel blog While I‚Äôm Young. Here are her recommendations, perfect for a weekend away with your other half.