“One of the best things about the capital of the Czech Republic is that the many distinct periods in its history have each left an architectural mark on the city. Here’s our guide to 10 of the most beautiful buildings in Prague and how to see them. 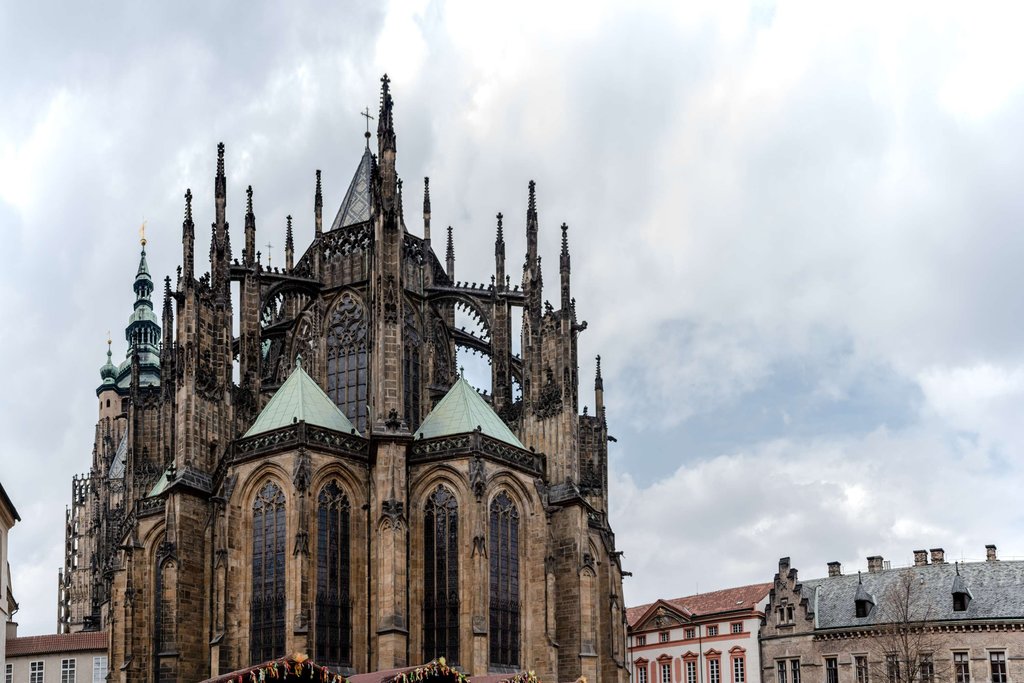 A UNESCO World Heritage Site, Prague Castle has been a symbol of the city for over 1,000 years. There are different buildings to explore, but don’t miss the elaborate St. Vitus Cathedral at the heart of the complex. Prague Castle is open daily 6:30am-10pm and there are a range of visitor tickets available, depending on what you want to see. The nearest metro stations are Malostranská and Hradčanská. 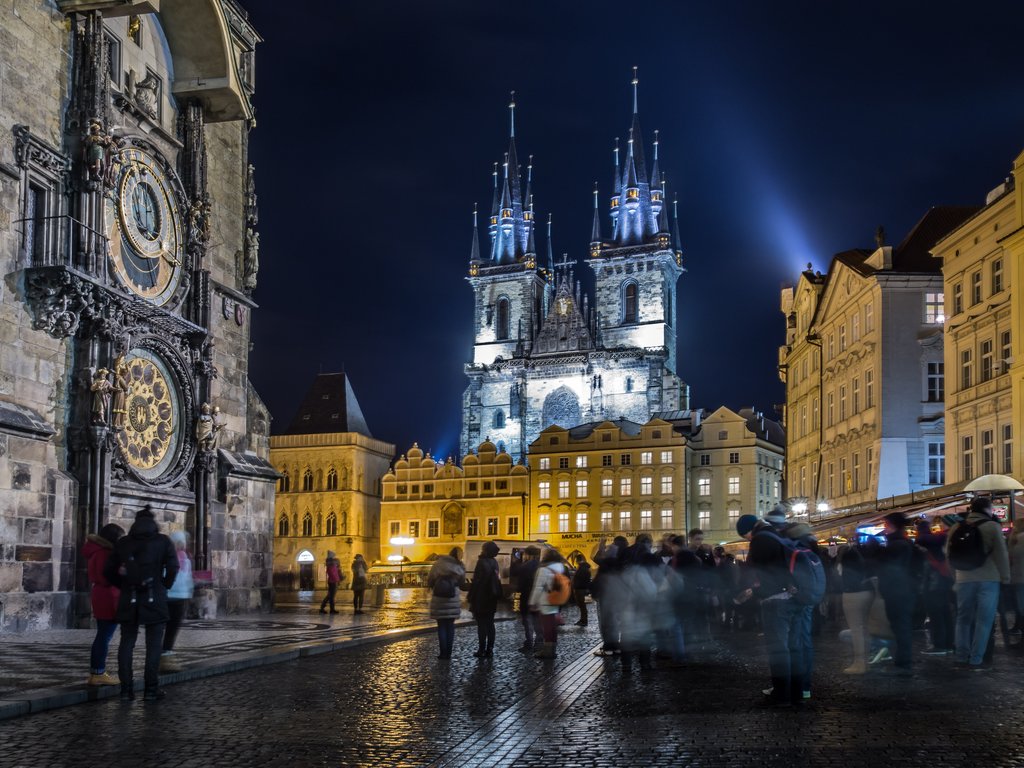 Standing over the Old Town Square in the centre of Prague, the Old Town Hall is one of the city’s most popular attractions. Built in the 14th century, this is a fine example of Gothic architecture, and inside you can visit the historic halls and climb the tower for panoramic views. Make sure you’re outside though for the famous display of the Astronomical Clock, which takes place on the hour between 9am and 11pm.

One of the original gates to the city, the Powder Tower is another fine example of Prague’s surviving medieval architecture. For a small entry fee, you can visit an exhibition about the historic towers of Prague and climb the 186 steps of the Gothic tower for views across the Old Town. The Powder Tower is open daily and the closest metro station is Náměstí Republiky.

On the banks of the Vltava River, in Prague’s New Town, the National Theatre is a wonderful example of Neo-Renaissance architecture. Originally built in the 19th century, it is home to opera, ballet and drama performances. Beyond visiting for a concert, Prague City Tourism also organises guided tours of the theatre building, its architecture and history. The nearest metro is Národní třída. 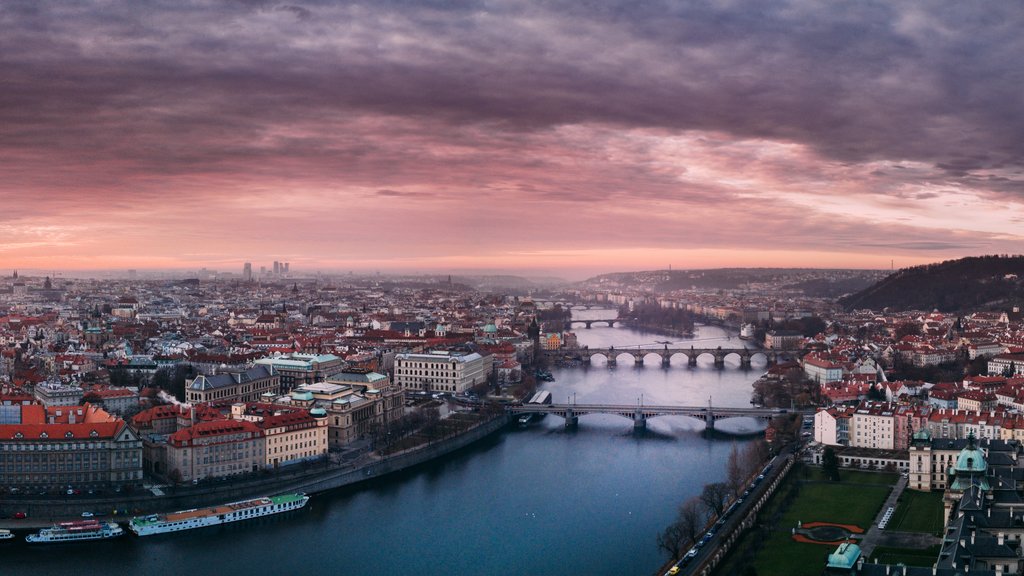 Whether you find the Žižkov Television Tower beautiful will depend on your feelings about socialist-era futurism – and it has been a much debated feature of the Prague skyline since it was built in the 1980s. Today it’s adorned with sculptures of climbing babies by the artist David Černý. The tower is east of the city centre, a short walk from the Jiřího z Poděbrad metro station.

One of the few surviving examples of early Gothic architecture in Prague, the Old-New Synagogue dates back to the 13th century and is the oldest active synagogue in Europe. You can visit the inside of the synagogue Sunday-Thursday, and on Friday before shabbat, with tours offered during the opening times. The closest metro is Staroměstská.

Follow the river south from the Charles Bridge and you’ll come to one of the more recent architectural highlights of Prague, the Dancing House. This deconstructivist masterpiece by Frank Gehry was built in the 1990s and is best observed from the street, although part of the building is open to the public as a restaurant with roof terrace overlooking the river. If you don’t fancy the walk, take the tram along the embankment or the metro to Karlovo náměstí.

If you’re a fan of Cubist architecture, then the former department store U Černé Matky Boží – the House at the Black Madonna – is one of the earliest examples of the form. The building was opened in 1912 and today you can visit inside by stopping for coffee at the Grand Cafe Orient on the ground floor or by checking out the exhibitions of the Museum of Decorative Arts above, including two floors dedicated to Czech Cubism. The next metro station is Náměstí Republiky. 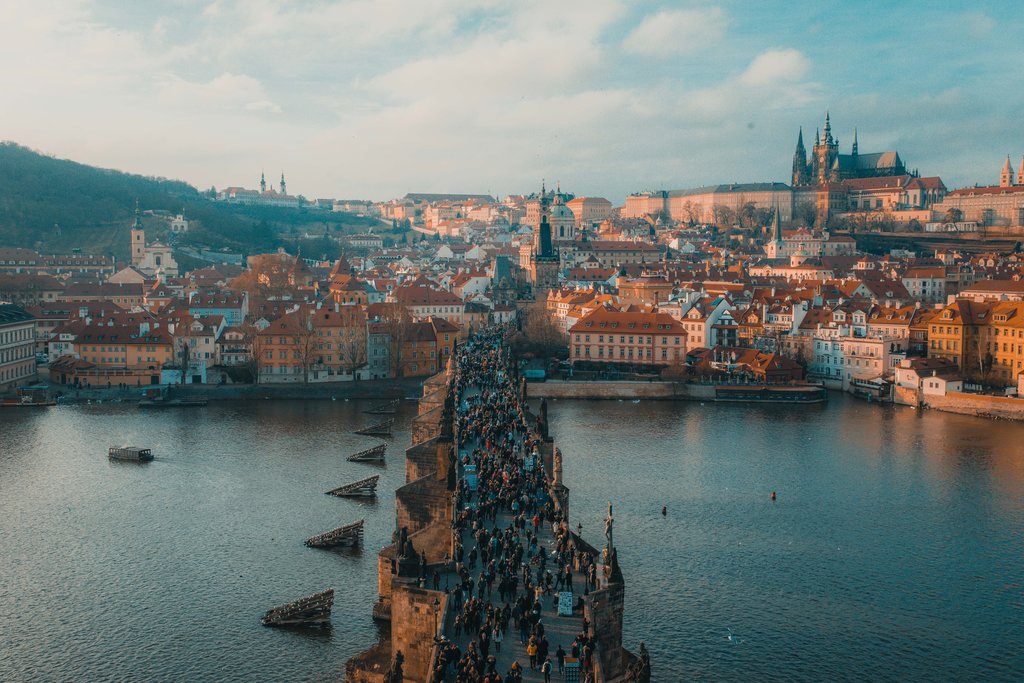 As the city of the artist Alphonse Mucha, Prague is also home to some fine examples of Art Nouveau architecture, and none better than the Municipal House. Inside you can visit the art exhibitions, take a guided tour to learn more about the building or take in a classical concert in the beautiful Smetana Hall. The closest metro station is Náměstí Republiky, just across the square.

Standing at the head of Wenceslas Square, you can’t miss the historic building of the Czech National Museum, a striking example of the Neo-Renaissance architecture. After major reconstruction work it is once again open to visitors, including special exhibitions and access to the museum dome. The Czech National Museum is open daily 10am-6pm, and the nearest metro is Muzeum.

Find somewhere to stay with a look at our Prague hotels.”

Travel Smart Checklist: How to plan a trip in 2022

Ready for your next great holiday? To help you prepare, we’ve created a simple travel checklist to make sure you’ve covered the essentials.