Weekend Itineraries: What to Do in Amsterdam in Three Days

Tidy, hip and perennially popular, and small enough to get around easily on foot or by cycling, Amsterdam is the perfect place for a three-day getaway. And, of course, the city is jampacked with some of Europe's best attractions and experiences, from the Van Gogh Museum to chic coffee shops. Here's the perfect three-day itinerary for Amsterdam.

A compact city, you can be in the heart of Amsterdam pretty swiftly. So, our advice is don't mess about - once you've arrived, checked in at your hotel and dropped off your luggage - and freshened up a little, too - well, carpe noctem.

Head straight to the iconic Van Gogh Museum, which stays open until 9pm most Fridays. There really is no better way to start a visit to the Netherlands than by admiring the artwork of one of its most famous sons. Here you'll find one masterpiece after the other - think The Bedroom (1888), The Yellow House (1888), Shoes (1885) and Sunflowers (1889) and you get, quite literally, the picture.

After you've worked up an appetite staring at Vincent's swirling landscapes, switch gears and have dinner at an Indonesian restaurant. It may not be the first thing visitors think of when it comes to Dutch cuisine, but the Netherlands does in fact have a strong connection to Indonesia. And Amsterdam, no surprise, is full of excellent rijsttafel (Indonesian sharing table) restaurants.

There are several well-known restaurants virtually on the doorstep of the Van Gogh Museum, like Sama Sebo, the oldest Indonesian restaurant in the Netherlands. However it's worth an evening stroll through the Vondelpark to Restaurant Blauw for really authentic dishes like beef rendang and satay. 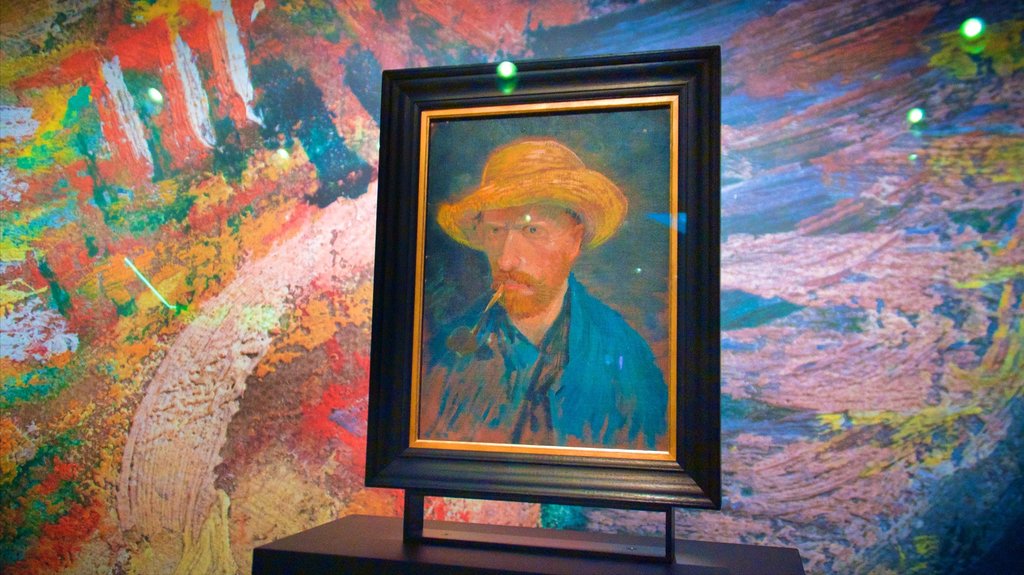 On Saturday morning, consider getting up early to visit the Rijksmuseum before the crowds arrive. It's at its fullest from 11am onwards, so getting here around 9am allows for a much quieter and more contemplative experience. Spend the morning getting to grips with the Dutch masterpieces in the Gallery of Honour and the 17th-19th century exhibitions.

Amsterdam has been renowned for its cafes for centuries, and there are plenty of hip establishments - locally known as koffiehuis - in which to sample a wide range of caffeinated beverages (and yes, tea drinkers, you're well looked after, too). Back to Black is a cosy option with mismatched furniture, strong coffee and light bites and cakes. It's only a five-minute walk from the Rijksmuseum, on Weteringstraat.

On Saturday afternoon, head to the bohemian Jordaan neighbourhood. Still hungry? There's lots of cafes and restaurants to choose from, so take your pick. Otherwise, head straight to the Anne Frank House to learn about the young Dutch-Jewish diarist who spent most of her short life in hiding in this 17th century canal house.

It's now a museum dedicated to the memory of the young writer. Once you're done, spend the rest of the afternoon wandering the quaint streets of Jordaan, popping in and out of the many art galleries, antiques stores and quirky local shops.

Before you know it, the evening will have arrived. Amsterdam is famous for having a thriving nightlife scene - but don't just limit yourself to the city centre. Venture out into neighbourhoods like Rembrandtplein and Leidseplein and you'll find lots of hipster bars and dance clubs with top-notch DJs. 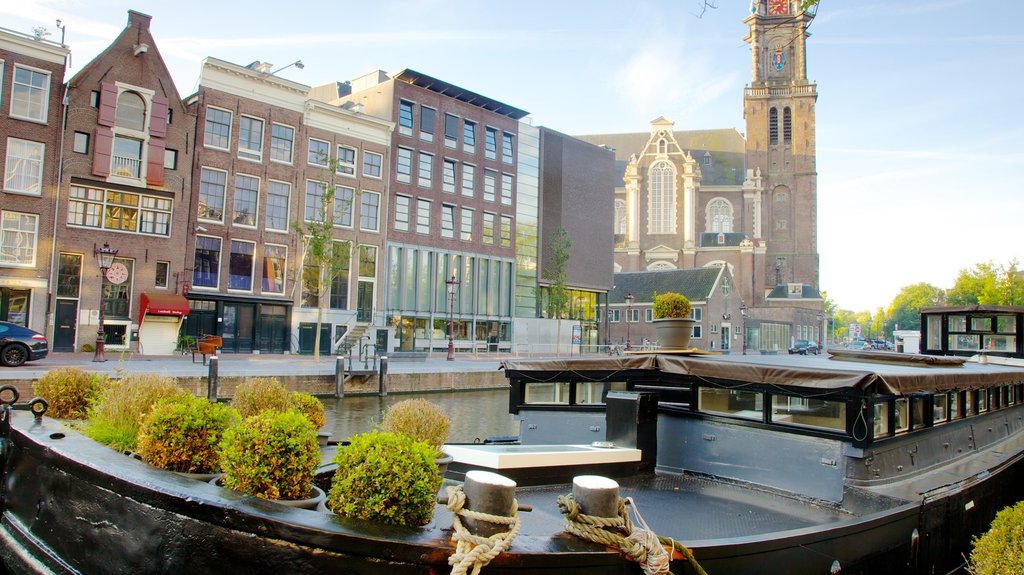 On Sunday morning, opt for a day trip or tour out of the city to avoid the crowds. Tulip tourism is a great way to get outside Amsterdam and find some fresh air. You'll find many guided tours departing from the city centre to the Flower Strip (Bollenstreek) and Keukenhof Gardens, often called the world's largest flower garden.

Alternately, opt for a self-guided tour by taking the train to Zaanse Schans 20 minutes away, to see traditional Dutch architecture and windmills. Trains depart for Zaanse Schans several times an hour from Amsterdam Centraal station. 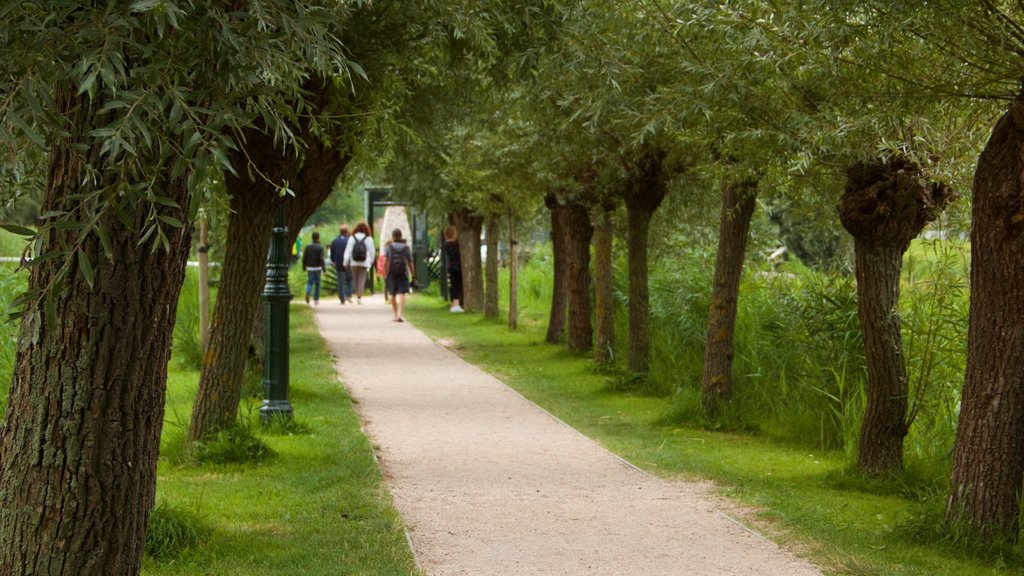 On your last evening in Amsterdam, head for one of the city's most avant-garde districts: Noord. Ferries head across the IJ river to this former shipyard turned cool cultural district. Watch a film at the EYE Film Institute or just grab a drink or dinner and take in one final view of Amsterdam at the A'DAM Tower.

Find somewhere to stay by checking out our hotels in Amsterdam.

The Best Family-Friendly Destinations in the UK
Author: Brenna Holeman

Looking for a family-friendly destination in the UK? We've got you covered! From Belfast to Margate, check out our picks for the best UK family holidays.

How to Plan a Trip to Edinburgh Fringe Festival
Author: Expedia Team

All you need to know for planning a trip to Edinburgh Fringe Festival, including when to go, where to stay, how to get to the Scottish capital.

What to Do in Edinburgh in Spring
Author: Expedia Team

Shop at an outdoor market, enjoy an eclectic mix of whiskies and enjoy tasty vegan dishes - just a few of the things you can do in Edinburgh in spring.

What to Do in Barcelona in Spring
Author: Expedia Team

Looking for top tips on what to do in Barcelona in spring? You're in the right place. Here's our pick, from books, beer and walks in the park.

The Best Hotels to Feel Like You're in a Tarantino Film
Author: Brenna Holeman

From log cabins to retro Hollywood, Tarantino fans will love these spots! Here are the best hotels to make you feel like you're in a Tarantino film.

Have you ever wanted to stay at a hotel made famous by film or TV? We've rounded up the best hotels featured in your favourite movies and TV shows.

Top Things to Do in Bergamo for Football Fans
Author: Expedia Team

Discover the best things to do in Bergamo for football fans, and plan your fun-filled football break in Bergamo.

What to Do in Amsterdam in Spring
Author: Expedia Team

Our guide on what to do in Amsterdam in spring, from scenic bike rides and open air theatre to experiencing one of the city's biggest annual celebrations.

What to Do in Paris in Spring
Author: Expedia Team

Looking for some inspiration on what to do in Paris in spring? You're in luck. Here's our pick, from Seine cruises and late night museum visits.

Editor Picks: Where to Go in 2020
Author: Brenna Holeman

Who better to ask for travel recommendations than our travel editors? Read on for where to travel in 2020 according to the Explore by Expedia editors.

What to Do in Dublin in Spring
Author: Expedia Team

From exciting Gaelic sporting matches to blooming daffodils and St Patrick's Day parades, here are all of the best of things to do in Dublin in spring.

What to Do in New York in Spring
Author: Expedia Team

From gorgeous flowers to baseball games, the Big Apple comes into bloom after winter. Here are some of the best of things to do in New York in spring.