Things to Do in London this Month: September

London is a city that shines year-round, but late summer into early autumn is a particularly great time to visit. In September, the summer heat and crowds ease, the weather is cooler and there are too many events and festivals to count. Here's our pick of the best things to do in London this September.

The Queen's official London residence, and probably the city's most famous tourist attraction, is only open during the summer. There's still time to snag a ticket for a tour through the royal state rooms, which are decked out in lavish furnishings and exquisite paintings. And in 2019, a special exhibition on the royal residence marks Queen Victoria's 200th birthday. You can book a range of different ticket types, with straightforward admission, packages with afternoon tea and combo tours with other attractions - check out your options. 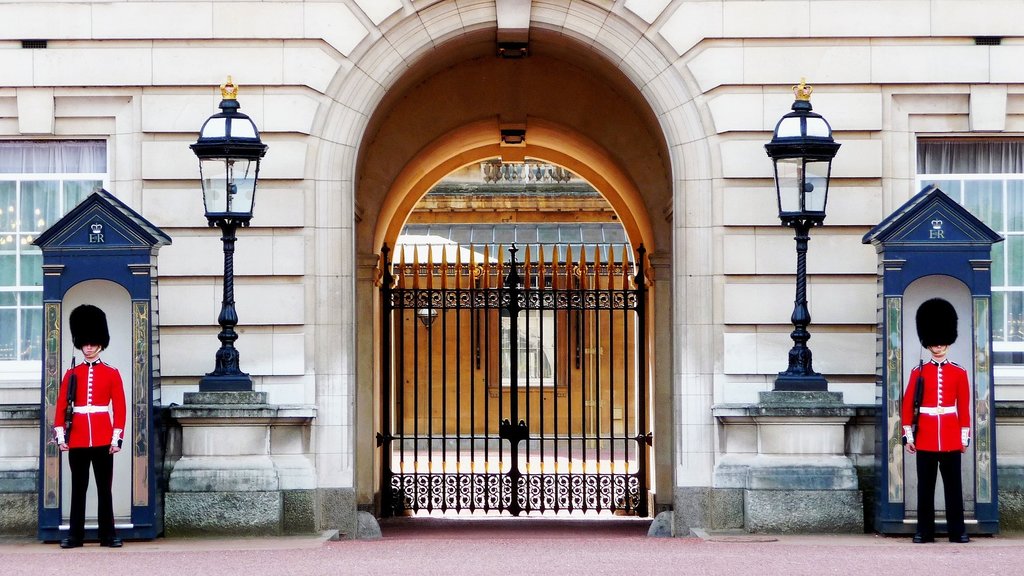 Set Yourself Afloat at Totally Thames

London's lifeblood, the River Thames, is celebrated in the month-long Totally Thames festival, which includes art installations, swimming and sailing events, dance and music, foraging excursions and a heap of exhibitions tracing the Thames's importance throughout history.

For one weekend each September, some of London's most iconic buildings and closed addresses open to visitors for free. Open House London is an architecture festival that offers the chance for a behind-the-scenes look inside listed buildings, heritage sites, manor homes, tunnels and other usually closed spaces.

Catch the Last of the Sun on Primrose Hill

As the leaves start to turn glorious shades of red and yellow and the weather stays dry and sunny (maybe), September is the perfect time to soak up the final rays on Primrose Hill. Pack a picnic and a bottle of bubbly, or grab some fish and chips and bask in the last blast of summer. 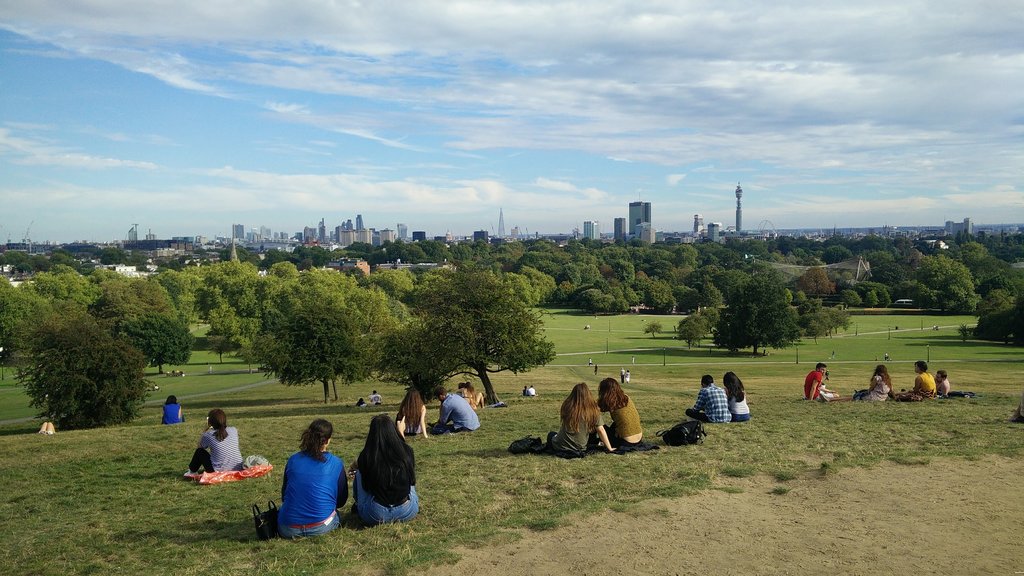 Stuff Your Face at the Tower of London

In mid-September, the moat at the Tower of London fills up - not with water, but with food! The Tower of London Food Festival is three days packed with street-food stalls, artisan vendors, pop-ups and talks and demonstrations by renowned chefs. 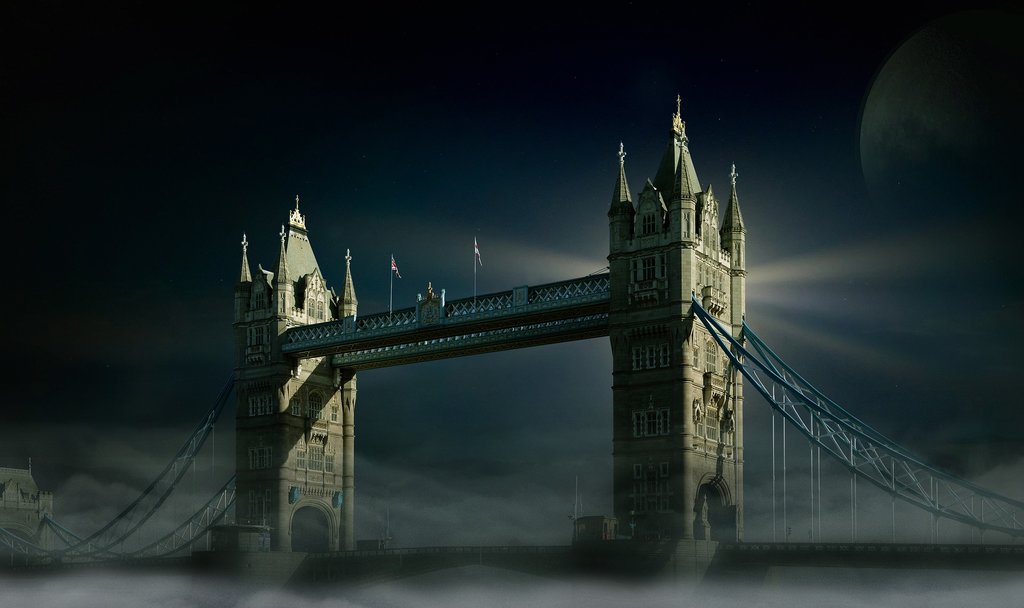 Get the scoop on next year's trends or nab a front-row seat at a catwalk show during the September edition of London Fashion Week. The schedule includes talks by designers, collection showrooms and show spaces, and glam parties.

Proof positive that London is the craftiest city on earth, the London Design Festival features avant-garde exhibitions, collection showcases and events that span everything from furniture shows and live mural painting to marble and mosaic tours of Westminster Cathedral.

Probably one of London's quirkiest annual events is the Woolmen's Sheep Drive. Each year, a group of shepherds exercise their historical right as Freemen of the City of London to drive their sheep across London Bridge, a nod to medieval times when shepherds were exempt from bridge tolls if taking their sheep to market. In addition to the amazing spectacle of sheep crossing one of the world's most definitively urban bridges, the event is a charity fundraiser that includes quirky costumes and a wool fair.

Stay Up Late in a Museum

For two nights, dozens of venues and museums will host late-night parties and cultural dos across 11 London boroughs as part of the new Emerge Festival. Events will range from DJ sets to immersive exhibits, theatrical experiences, cocktail parties, escape rooms, workshops and sound baths hosted in a set of 'circuits' that encourage wristband wearers to stay up late and hit as many spots as possible in one night.

Be Inspired by the Mystical Artwork of William Blake

In early September Tate Britain opens the largest exhibition of mystical poet and painter William Blake held for two decades. Works on show will include more than 300 original Blake paintings, prints, drawings and illuminated books, as well as a reconstruction of the artist's residence. For a full Blakian day out, combine this with a walking tour of the Blake-inspired archway mosaics in Lambeth, or a trip to Peckham Rye where Blake saw visions of angels that inspired his mystical artwork and poetry.

Where to Stay in London

Holiday Inn Hotel & Suites London is a 10-minute drive from the city center and 19 km (12 miles) from London International Airport. Guests can walk 12 minutes to shop at White Oaks Mall, then catch a hockey game or concert at Budweiser Gardens, 6 km (3.7 miles) from the hotel.

Located in Downtown London, this eco-friendly hotel is within a 10-minute walk of London Convention Center, Centennial Hall, and Grand Theatre. Budweiser Gardens and University of Western Ontario are also within 3 mi (5 km). London Station is 9 minutes by foot.

Located in Downtown London, this eco-friendly hotel is within a 10-minute walk of London Convention Center and Covent Garden Market. Budweiser Gardens and Victoria Park are also within 15 minutes. London Station is 6 minutes by foot.

Located in South London, this hotel is 0.9 mi (1.4 km) from Parkwood Hospital and within 3 mi (5 km) of London Convention Center and Budweiser Gardens. White Oaks Mall and Victoria Park are also within 3 mi (5 km).

Situated in the entertainment district, this hotel is steps from Stratford City Hall, Avon Theatre, and Studio Theatre. Tom Patterson Theatre and Stratford Perth Museum are also within 1 mi (2 km). Stratford Station is 13 minutes by foot.

Located in North London, this hotel is within 3 mi (5 km) of University of Western Ontario, Masonville Place, and Victoria Park. London Music Hall and Museum London are also within 6 mi (10 km).

Located in Downtown London, this hotel is within a 10-minute walk of Citi Plaza Mall and London Convention Center. Budweiser Gardens and Covent Garden Market are also within 15 minutes. London Station is 11 minutes by foot.

This family-friendly London hotel is located in the suburbs, within 2 mi (3 km) of Parkwood Hospital and White Oaks Mall. Budweiser Gardens and London Convention Center are also within 3 mi (5 km).

Located in Downtown London, this hotel is steps from Covent Garden Market and Budweiser Gardens. Museum London and London Convention Center are also within 10 minutes. London Station is 6 minutes by foot.

Inside Buckingham Palace: What to Expect on a Visit
Author: Expedia

Everything you need to know about visiting the impressive Buckingham Palace, the Queen's official residence in London.

Loved-Up London: Things to Do in London for Couples
Author: Expedia Team

From romantic rooftop drinks to fine dining experiences that you'll remember for a long time to, here's our pick of things to do London as a couple.

Whether you're looking to buy rare antiques from local markets or one-off purchases from pop-up shops, here's your ultimate guide to shopping in London's Soho.

Things to Do in London This Month: August
Author: Expedia Team

Whether you love music, food, art or culture, you'll find plenty of things to do in London throughout August.

Things to do in London

You will need to be at Euston Station at 8:00am with your printed train tickets for your outbound and inbound rail journeys. Your train will depart at 8:30am

Marvel at the mysterious stone-circle at Stonehenge and explore the historic city of Bath on this amazing one day tour from London. Enjoy a scenic drive

Explore Westminster's top 20 royal landmarks. After a 3 hour walking tour of royal London, you will then go in and explore one of the worlds most iconic

Afro-Caribbean vibes, street art, local markets and nature. This tour is ideal for the dynamic traveller who wants to experience London in an authentic,

Changing of the Guard at Buckingham Palace Semi-Private Tour

On this 2 hour Semi-Private guided walking tour, you and up to 8 guests will discover together this typical London phenomenon in a way that few other tourists

Classic London is our most popular tour of central London, covering the classic sights that light up the capital's skyline from Westminster to the City of

FOR ALL HOMER'S ODYSSEYS TOURS, COVID -19 SAFETY MEASURES ARE IN PLACE. THESE INCLUDE ACCESS TO HAND SANITISER AND FACE COVERINGS FOR TRAVELERS AND THE GUIDE.

Stroll the mean streets of the East End on this tour that gives you an inside look at the criminal underbelly of London. Led by actor Vas Blackwood, known for

Hop on 2 wheels to explore more than you could on foot and ride into places tour buses can't go on this bike tour of London. Soak up the city's splendor as

ItineraryExperience your very first flight lesson where you will be trained to be the pilot for the day. Let one of our instructors teach you the basics of

Take a tour of the world-famous Kia Oval, home to Surrey Cricket Club since 1845 & England test match since 1880, a wonderful day out for any sports fan.

LGBTQ Nightlife Experience with a Local

Discover the heart and soul of London’s exciting LGBTQ scene as you explore the bright lights of Soho with a like-minded Local Host by your side. From its

Step behind the curtains and let us open your eyes to a world of the impossible and the extraordinary - we present world class acrobatics, an aerial Adonis,

A London by Night Taxi Tour will be one of the most memorable things you do when you visit London. This is a fabulous private tour of London and we can adapt