The Most Beautiful Places in the UK

There are so many beautiful places in the United Kingdom that it's difficult to narrow it down to such a small list... but we're going to try anyway! From Wales to Scotland, England to Northern Ireland, we've put together a list of the most stunning spots in the UK.

The Most Beautiful Places in the UK 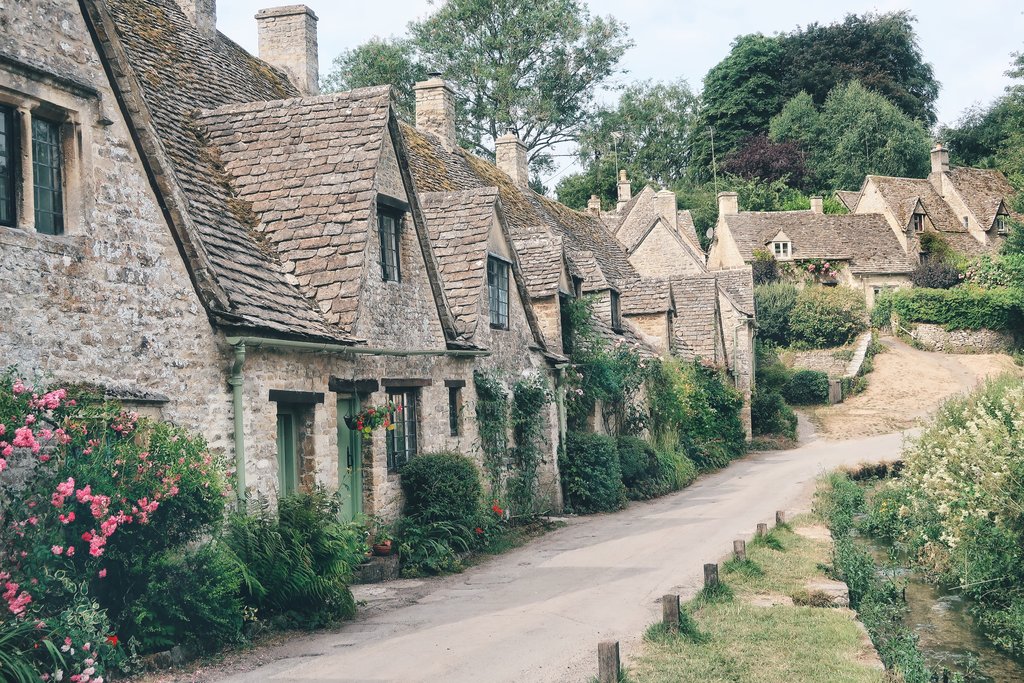 Covering nearly 800 square miles of southern England, the Cotswolds region is known for being one of the most beautiful places in all of the UK. Charming villages await you at every corner, and in between lie verdant fields and orchards. Rivers meander throughout the area as well, so there's always a pretty bridge to stop on for a photo opportunity. We're telling you... make sure to bring your camera to the Cotswolds!

With unspoilt beaches, wild landscapes, and a diverse range of wildlife (including Shetland ponies!), a holiday to the Shetland Islands of Scotland will make for memories that will last a lifetime. Dotted with quaint villages, you'll need at least a few days to a week to explore the islands in all their rugged glory. 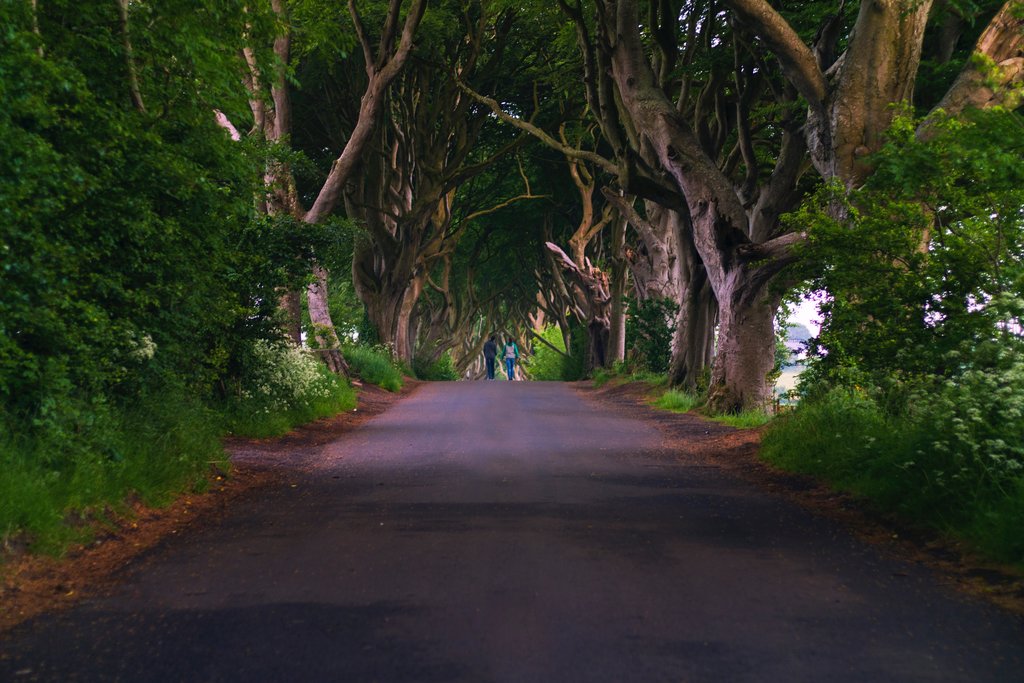 If you're looking for some of the best walking trails and natural beauty in England, look no further than the Lake District. Make sure to spend time on or at least beside one of the many lakes; our pick is inevitably Windermere Lake, the largest natural lake in England. With a variety of landscapes everywhere you turn, and many excellent pubs, tours, and hotels in the Lake District, we're sure you'll fall in love with this beautiful region of the UK.

The giant playground that is Snowdonia National Park is filled with mountains and lakes as far as the eye can see. It's no wonder that so many people head here for climbing expeditions and camping trips; a few days in Snowdonia and you'll feel like all your city stresses have melted away. With plenty of adrenaline-filled sports, nature walks, and even the world's fastest zip line, the beauty of Snowdonia also makes for the perfect outdoor adventure destination. 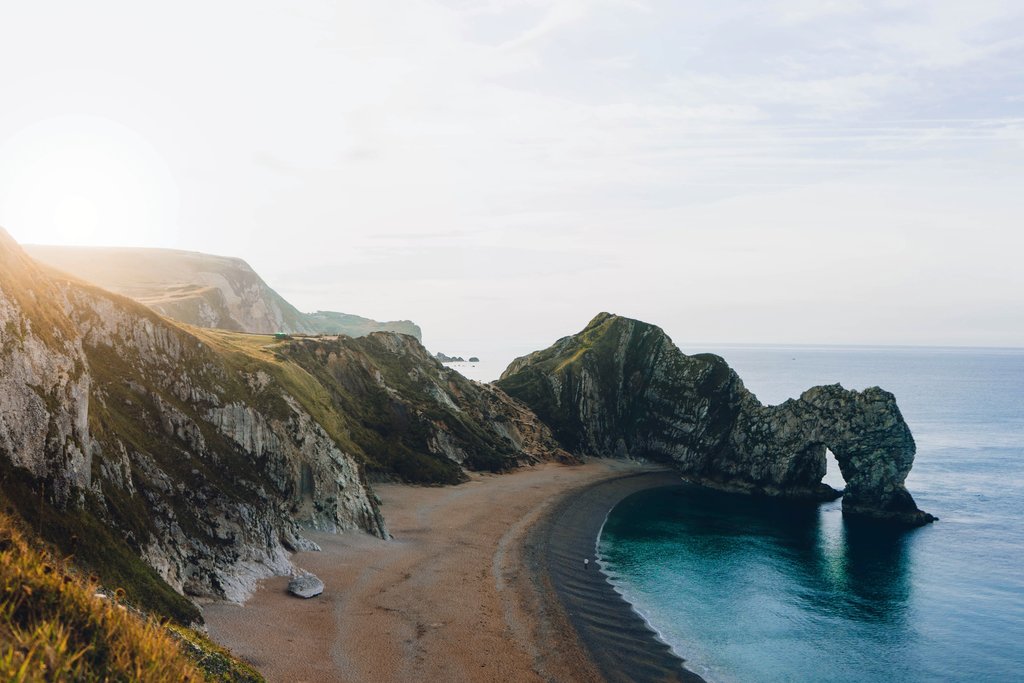 Dorset's most famous attraction, the ancient stone archway of Durdle Door, is perhaps one of the UK's most photographed spots. The craggy Jurassic coastline of Dorset, including the jaw-dropping layered cliffs that showcase millions of years of fossils and geological history, are worth spending a few days exploring. Make sure to head out to Old Harry Rocks to see the stark white rock formations contrasted against the blue of the water and the sky.

If you're in the mood for charming seaside villages, long countryside walks, and a laid-back atmosphere, head to Pembrokeshire Coast National Park in Wales. With a variety of wonderful villages and towns to base yourself from nearby, including Tenby, Carew, Pembroke, Solva, and Milford Haven, give yourself at least a week to fully explore all that the Pembrokeshire Coast has to see and do. Trust us, you won't be disappointed.

Found in the northwest of Scotland, the Scottish Highlands are the stuff of legend and folklore for a reason. This stunning mountainous region offers plenty to see and do, including hiking along gorgeous paths, stopping to see castle ruins, and yes, even looking out for Nessie at Loch Ness. The best way to see all that the Scottish Highlands have to offer is to hire a car in Scotland and set out on your own adventure.

Where would you love to go in the United Kingdom? With so many beautiful places in the UK, it can be difficult to choose just one!

The Best Things to Do in Malacca, Malaysia
Author: Brenna Holeman

If you're looking for a unique holiday spot with plenty to see and do, head to beautiful Malacca, Malaysia. Here are the best things to do in Malacca!

Where to Go in Malaysia
Author: Brenna Holeman

Wondering where to go in Malaysia? We've rounded up some of the best places to visit, including the best cities, beaches, and everything in between.

The Best Villages in the Cotswolds
Author: Brenna Holeman

Why You Should Take a Holiday to Salzburg
Author: Brenna Holeman

Thinking of taking a holiday to Salzburg? Here's why the Austrian city is a fantastic place for a city break.

Things to Do in Austria in the Winter
Author: Brenna Holeman

With beautiful villages, plenty of snow, and a wide array of markets, meals, and mountains to sample, here are the best things to do in Austria in winter!

Where to Go to Beat the January Blues
Author: Brenna Holeman

Dreading the long winter and eager to escape to more exciting destinations? We've put together a list of where to go to beat the January blues!

The 8 Most Beautiful Christmas Markets in France
Author: Expedia Team

Discover the most beautiful Christmas markets in France and experience the magic of Christmas. Find out more about our 8 unmissable markets!

The Best Time to Visit Dubai: When to Plan a Trip to the Emirate
Author: Expedia Team

Looking to book a well-deserved break to Dubai but not sure when is the best time to visit the emirate? Our guide reveals all.

From tasty biscuits and appetising freshwater carp to the Czech capital's charming Christmas markets, here are six reasons why you should visit Prague this Christmas.

Nowhere does New Year's Eve quite like the Big Apple. If you're lucky enough to be in town, here's our guide on how to spend the last day of the year in New York.

Do you need inspiration for your next getaway? Discover 100 stopovers and 100 unmissable activities for your holidays in France.

10 Things to Do in Doha
Author: Expedia Team

Discover the best things to see and do in Doha, such as fascinating cultural museums and treasured historic sites.