The Best Places for a Safari in Tanzania

When you think of the classic safari, it's a holiday to Tanzania that comes to mind, with epic landscapes and the full cast of the Lion King. With sixteen national parks to choose from, Tanzania is the safari destination that dreams are made of and there is no shortage of options for those who are looking to take a walk on the wild side. Here are the best places for a safari in Tanzania. 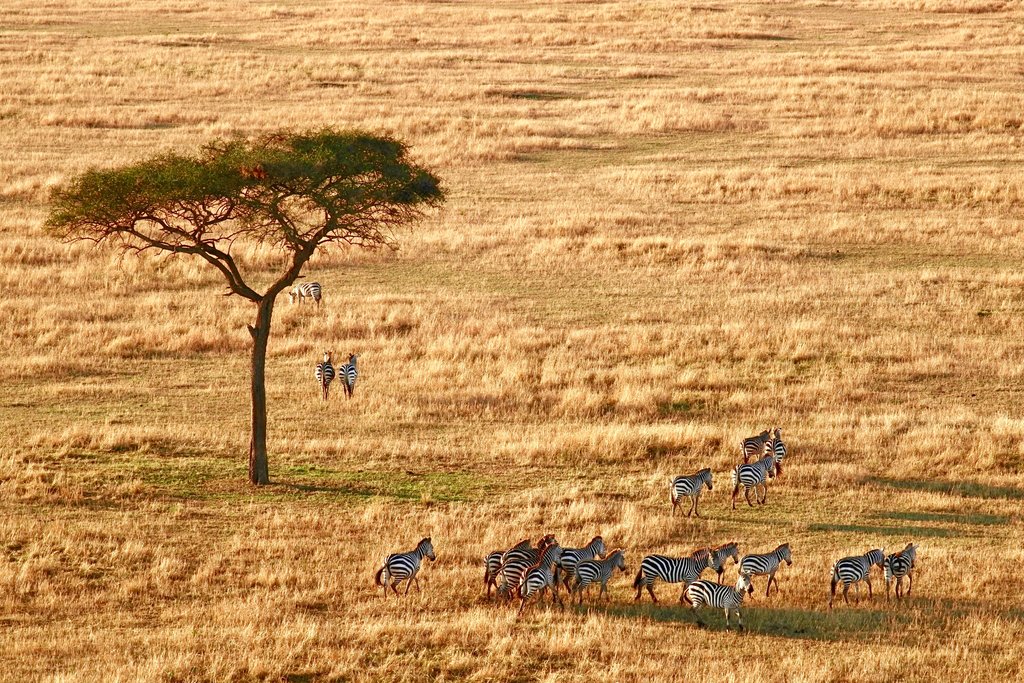 Roughly around the same size as Northern Ireland, the Serengeti is one of the biggest and most well-known of all the African safari parks. With the landscape stretching as far as the eye can see, it's easy to understand why the Maasai people called this place the 'Serengeti' which means 'endless plains' in the Maasai language.

The Serengeti is home to a plethora of animals, including the 'Big 5': lions, leopards, elephants, buffalo, and black rhino. Each year around one million wildebeest pass through the Serengeti on their annual migration, which sees them move clockwise through the park and up into the Masai Mara in Kenya before returning to the Serengeti. It's a once-in-a-lifetime opportunity to watch!

By far the most stunning of the Tanzanian safari parks, the Ngorongoro Crater is a sight to behold, formed around 2.5 million years ago when a volcano exploded and then collapsed in on itself, creating the stunning landscape we see today.

Many animals live in and around the crater and it has one of the most concentrated populations in Africa so you won't be disappointed with a safari here. The crater is also one of the best places in the world to see the endangered black rhinos as there are around 15 living within a relatively small area. 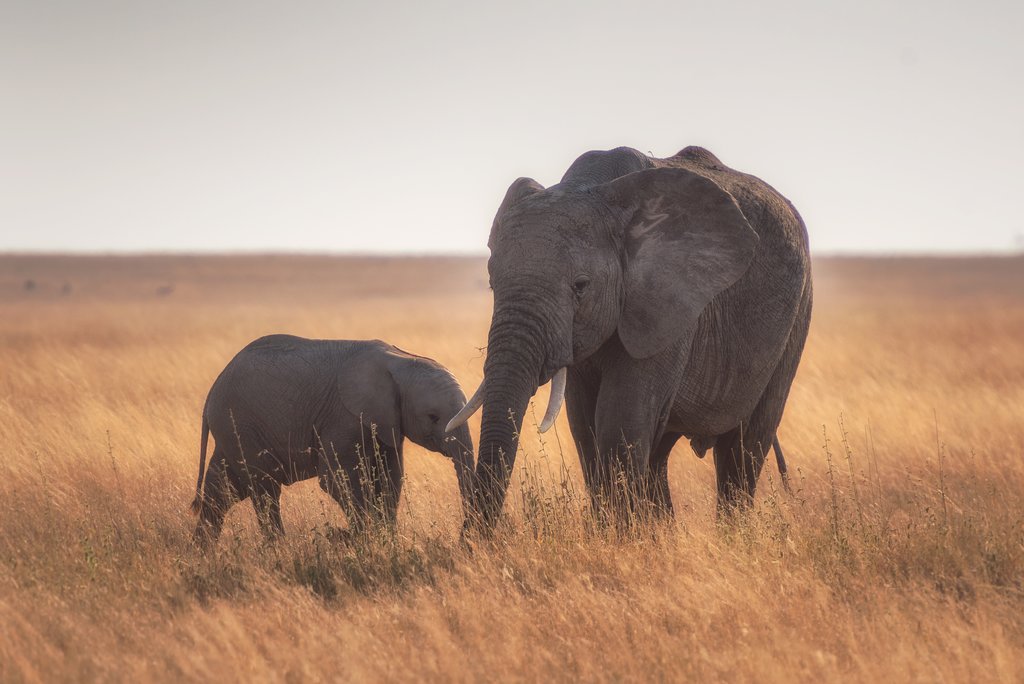 As it's only a relatively short drive away from Arusha, Lake Manyara can be done as a day trip, so it's a great option if you are short on time. The landscape here is very different to that of the Serengeti and Ngorongoro Crater, with more jungle than open plains and of course, the lake itself, making it a very scenic place to visit.

Lake Manyara is famous for elephants, baboons, and a variety of bird species, most notably the flocks of pink flamingoes that live at the lake. It's also home to the famous tree climbing lions.

Tarangire lies next to Lake Manyara National Park and is home to the largest population of elephants in northern Tanzania, so if you're a real elephant lover, this is the park for you.

Both Tarangire and Lake Manyara lie between Arusha, the Serengeti, and Ngorongoro Crater, so they can be added into to a longer itinerary. 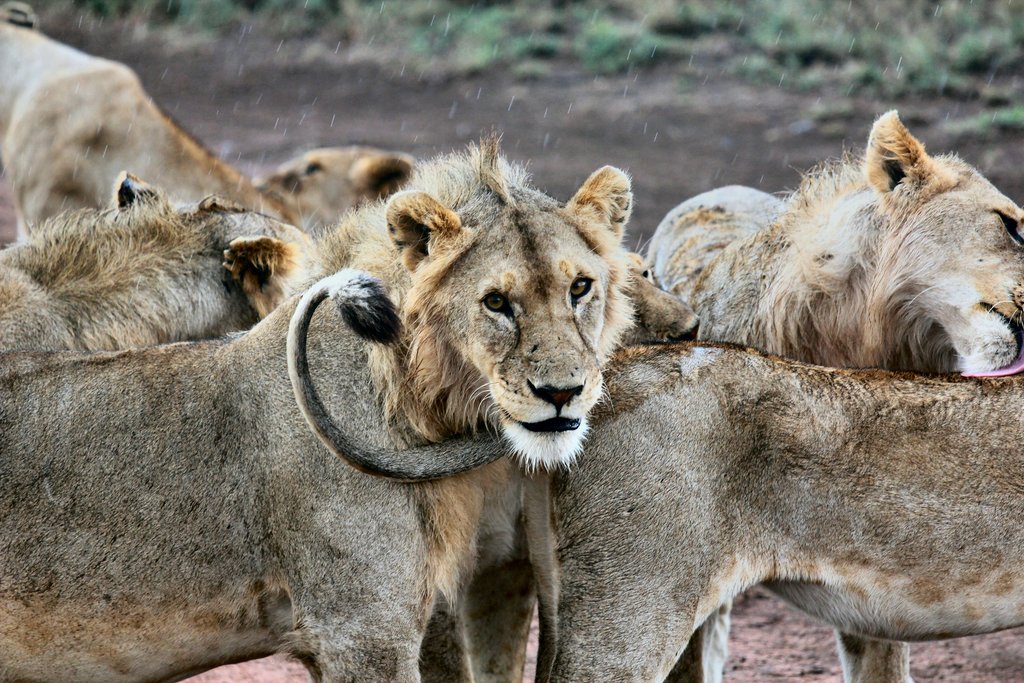 If you're travelling overland to Malawi, Ruaha National Park is a convenient stopover point and it's also the largest national park in Tanzania.

The Great Ruaha River flows through the park which is home to a wide variety of animals including hippos, elephants, giraffes, and a variety of antelope species. You also have a good chance of spotting several of the big cats and dogs. including leopards, lions, hyenas, and the rare African wild dog.

Nearby you'll also find Baobab Valley, home to thousands of ancient baobab trees. Another great thing about the parks in the south is that they are much less visited than the parks in the north, so you might have the place nearly to yourself!

It may not have the fame of the other destinations, but what makes this safari special is that the park lies right on the Indian Ocean, so you can combine a safari with a beach break. If you're staying further south in the country and don't have time to travel to the northern safari parks, staying near Saadani National Park is a great solution.

Last but not least is Mahale Mountains National Park on Lake Tanganika. Remote, and barely visited by tourists, this park is really off the beaten path. The main reason most people visit is to track chimpanzees through the forest, but it's also home to a variety of other animal species. Its position on the lake makes this a very unique and special safari destination.

Have you been to Tanzania, or would you like to go?

From adrenaline junkies to foodies to wildlife lovers, we've found the perfect honeymoon for every couple. Here are our best honeymoon ideas!

From beautiful beaches to fascinating culture, here's why you should head to Zanzibar for your next holiday.

Tanzania: Zanzibar's Beaches and a Visit to Prison Island

Hotels near National Parks in the UK: Part 1
Author: Expedia

These five hotels offer you the chance to explore these natural wonders, whether you are interested in spectacular coastal scenery or rugged moorland, ancient forests or the highest of mountains.

These five hotels are an excellent place to rest your weary legs after a day discovering the glorious natural surroundings of Cumbria.

Kiss the sky with a high-altitude stay at one of these five mountaintop hotels.

In Focus: Hotels in Great Spots for Photographers
Author: Expedia

From sweeping coastlines to wildlife-rich national parks, to dramatic cityscapes, some places are made for the camera lens. Whether you‚Äôre a professional photographer in need of inspiration or a hobbyist looking for your next break, these five hotels are in perfect spots for keen photographers.

The Sky at Night: Hotels for Stargazers
Author: Expedia

Whether you're a seasoned astronomer or you simply can't resist the allure of a twinkling night sky, here's our pick of hotels around the world for stargazing.

The hardcore wild campers might look down on it, but let them ‚Äì glamping is the perfect balance of fresh air, wild surroundings and comfort.

There's plenty to see in the Australian outback, with plenty of swampland, rainforest, mountain ranges and waterholes ‚Äì and, yes, deserts.

Being part of a continent as diverse and beautiful as Europe leaves us spoilt for choice when travelling, so it's handy that UNESCO has picked some of the most significant and treasured sites. These five hotels put you on the doorstep of ‚Äì and in some cases in ‚Äì some of the best‚Ä¶

From secret clubs to hide-and-seek, treehouses evoke childhood memories galore. Perhaps that‚Äôs why staying in the branches as an adult is such a perfect slice of escapism ‚Äì well, that and the cracking views, fresh air and free-roaming wildlife. Check out these five arboreal stays.

There's a special feeling you get from the closed-in, tranquil, natural setting of a beautiful valley, whether it's a laidback riverside setting in Portugal or a mystical, ancient landscape in the Andes. Join our panel of globetrotters for their selection of hotels in beautiful valleys.

Rising above the Rio Tejo, Lisbon‚Äôs terracotta rooftops undulate under an azure sky making it a city to be admired from its many viewpoints. Our five bloggers pick their hotels with a view.