The City of a Hundred Spires: Explore the Architecture of Prague 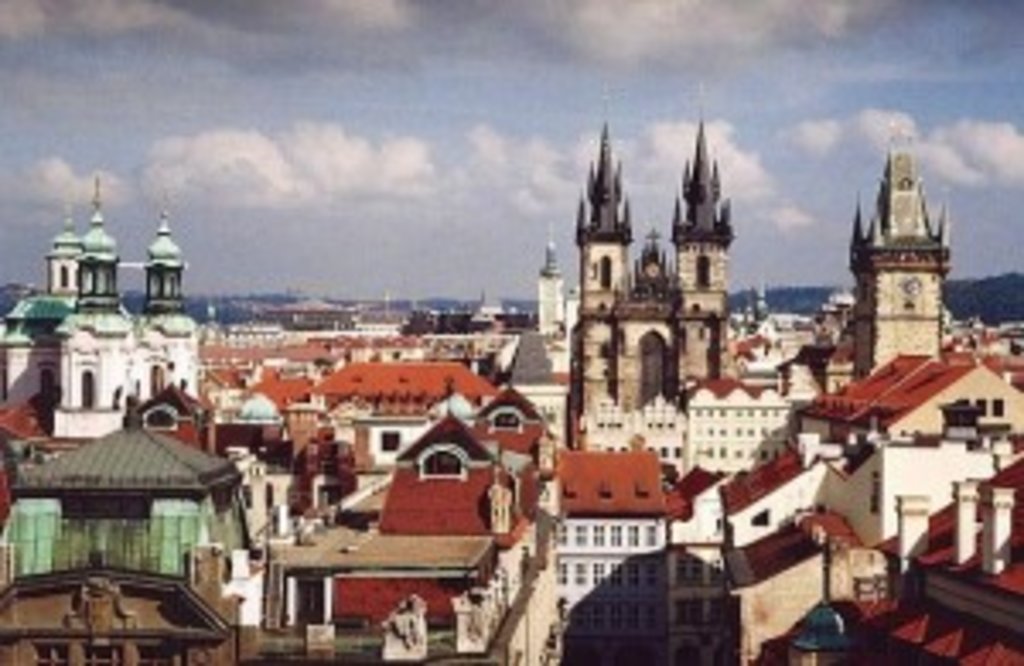 A myriad of styles, the architecture of Prague acts as a visual history to a fascinating city. Known as the ‘City of a Hundred Spires’, Prague boasts centuries of history and was spared the mass destruction of the Second World War which destroyed the legacy of many of its neighbours. Here we take a whirlwind look at the prevalent architectural styles of Prague, from the striking intensity of the Gothic era to the intricate artistry of Art Nouveau, all just a stone’s throw from your Prague hotel. 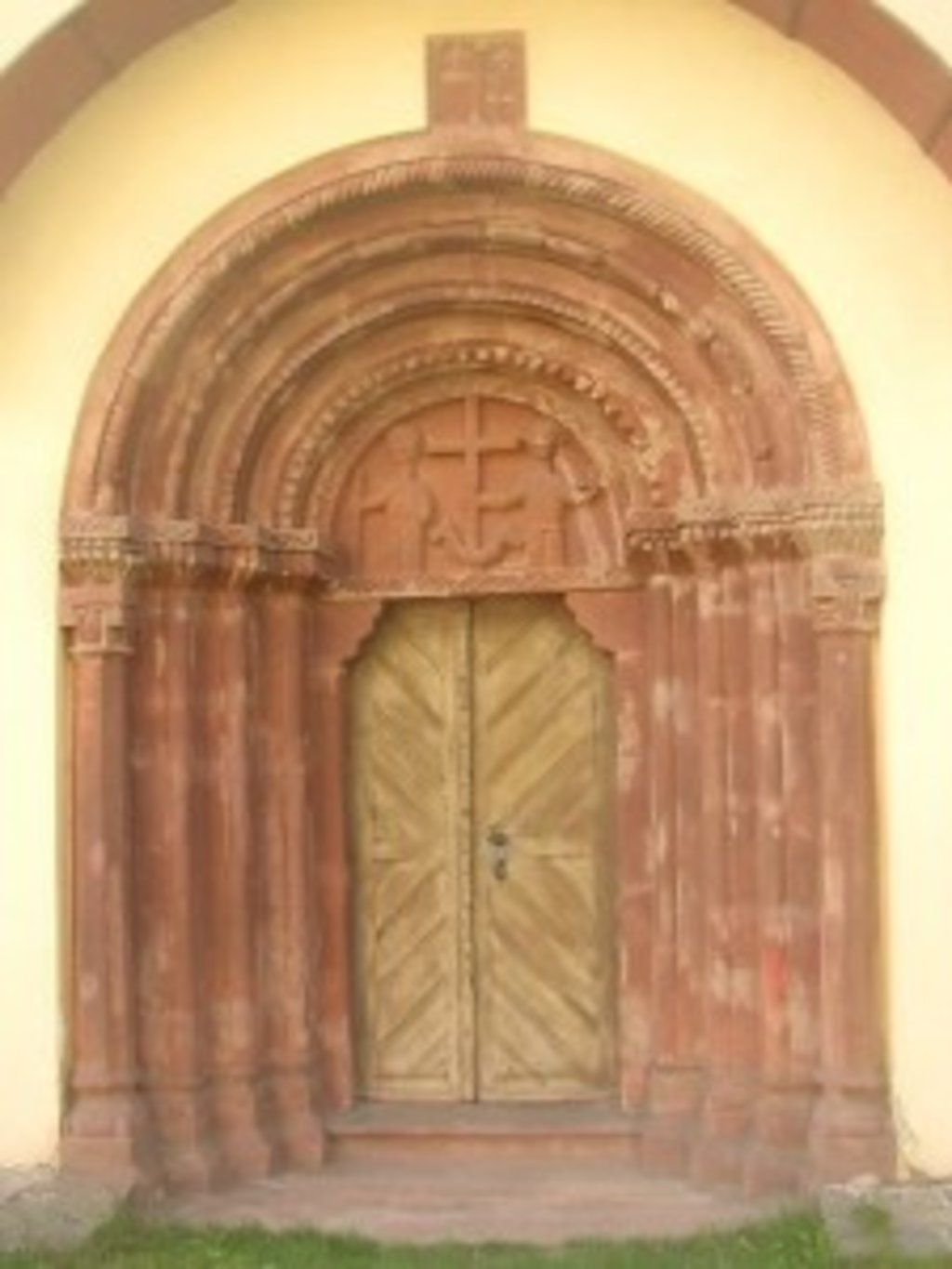 Dating from the turn of the first century, signs of Prague’s Romanesque era can be spotted all over the city. Look out for circular (rotunda) styles, teamed with round arches, large towers, thick walls, symmetrical design and boldly simple interiors.

St. George’s Basilica at the Prague Castle complex is a prime example, with a high vaulted ceiling and a starkly beautiful stone interior. It’s a must to see on your holiday to Prague. Image source 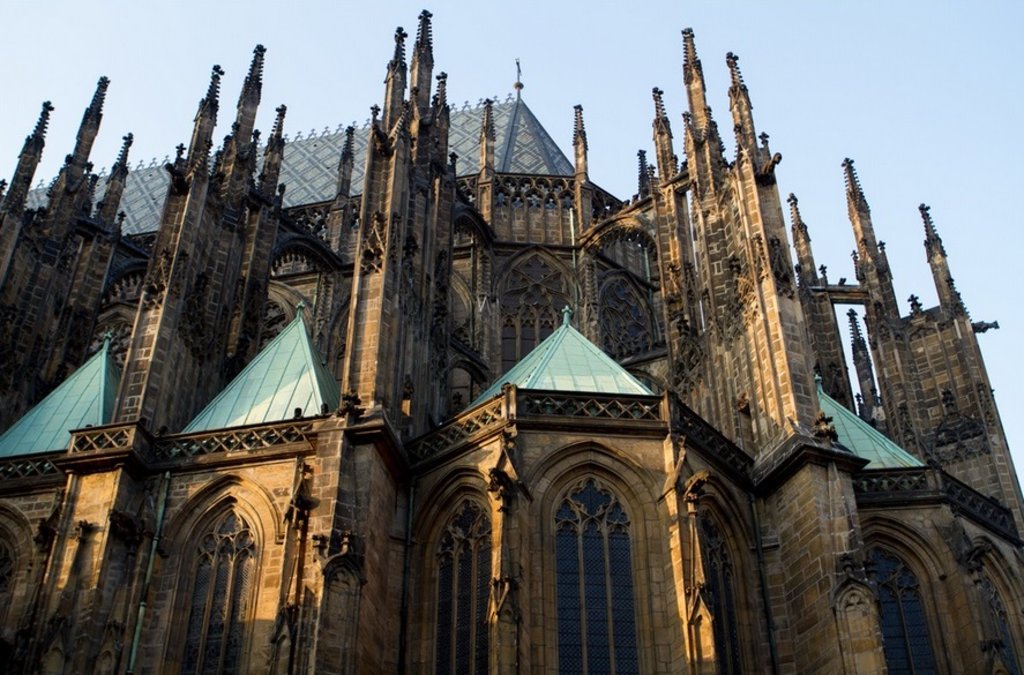 The striking architecture of Prague’s Gothic era can be attributed to the city’s impressive rise in 14th century and its period as the capital of the Holy Roman Empire under Charles IV. With its imposing spires, pointed arches, ribbed vaults and colossal towers, it’s an era that flaunts its grandeur. Notable buildings from this time period include the Old Town Hall and Astronomical Clock, St. Vitus Cathedral, St. Barbara’s Cathedral, Týn Church and the soaring ceiling in the Vladislav Hall. Image source 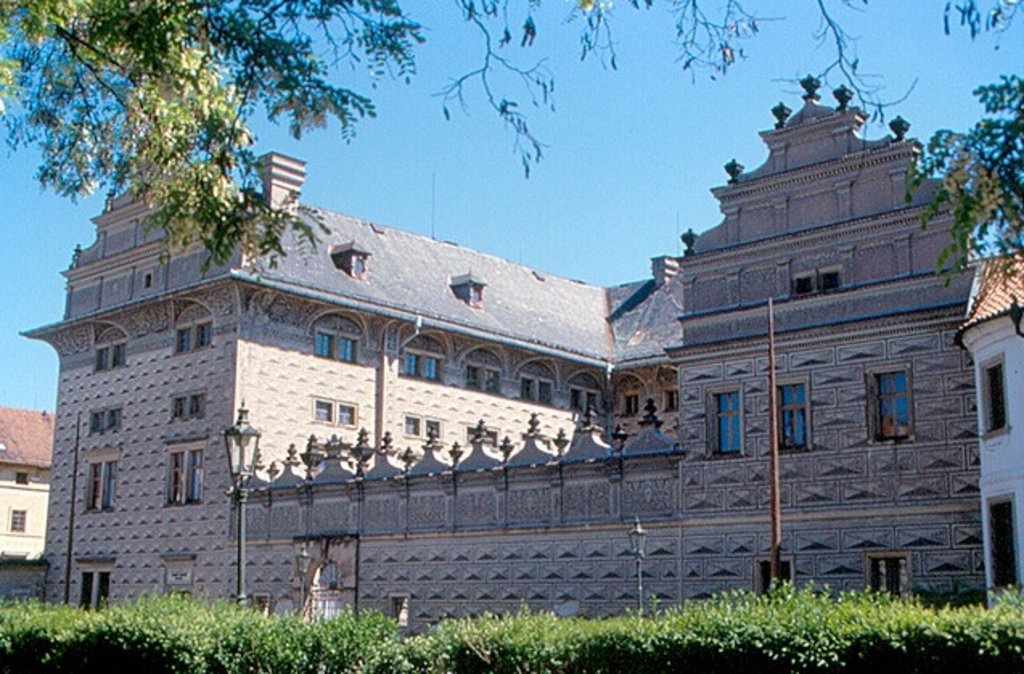 The onslaught of Renaissance style was prevalent all over Europe across the 16th century and nowhere more so than in Prague. With an emphasis on both classical and mythical figures and large and light spaces, the most important architectural aspect of the Renaissance period was the harmony and symmetry in its design. To spot this era in Prague, just look out for the sgraffito – geometric designs etched into a building’s stucco exterior. A great example is Schwarzenberg Palace. Image source 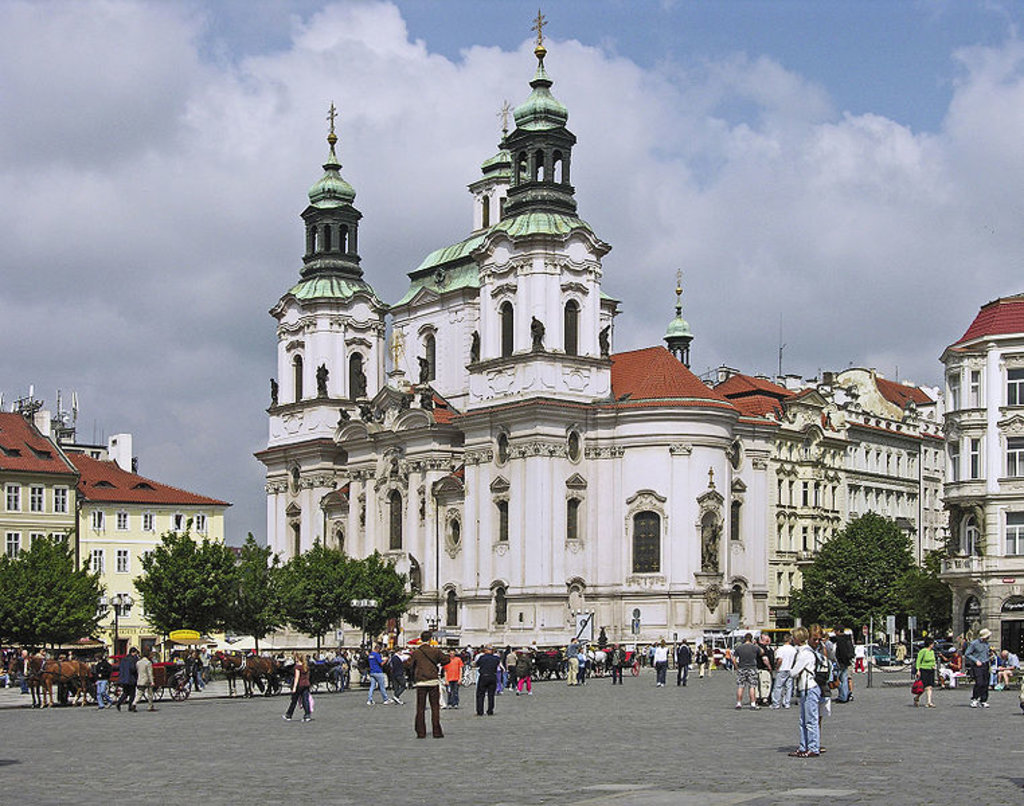 In the lavish and opulent era of Baroque, more was most definitely more. Marble columns, big cupolas, ornately painted frescos, pear shaped domes and an abundance of precious golds are all characteristic of this time. Check out the magnificence of St. Nicholas Cathedral in Malá Strana and the bright pink Goltz-Kinský Palace on Old Town Square to see for yourself. Image source 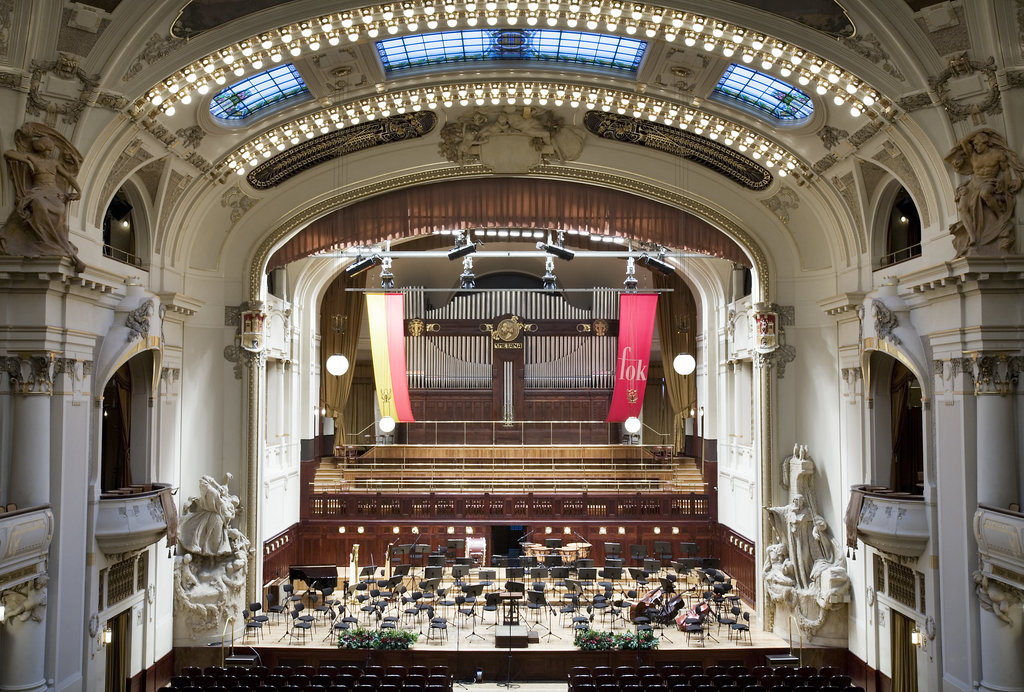 The designers of Art Nouveau believed that art (whether in buildings, textiles, jewellery, clothes or furniture) should strive to be part of everyday life and should all conform to the same principles. The turn of the 19th century brought Art Noveau, with its flower and leaf motifs, wavy lines and ornamentation, a departure from the starkness of previous centuries. In Prague, both Parisian and Viennese styles were prevalent with the Obecní Dum just off of Námestí Republiky a great example of the Parisian style. To see the Viennese style, look to the apartment buildings of Josefov, along Parízská and in the former Jewish quarter. Image source

Do you have a favourite architectural style?”

Last of the Raj: Indian Hotels in Old Colonial Buildings

All across India you‚Äôll find many grand and impressive buildings that date back to the British Raj and the colonial era, many of which have been transformed into unique hotels. Here are five fascinating examples.

Whether you opt to stay in an inn, a boutique resort or a beachside spa retreat, enjoy the experience of sleeping under a roof of straw at one of these five hotels.

Once the preserve of the most well-to-do Italian families, many former palaces and villas have been converted into stylish, luxury hotels where you no longer need to know the local Count if you fancy a bed for a night.

A little while ago Italy had a problem with abandoned buildings in remote locations. Whole villages, usually in the hills and mountains, were ending up as ghost towns, as inhabitants found it increasingly difficult to make ends meet in these remote spots or just moved away.

In the Frame: Hotels in Historic Half-Timbered Buildings

Combining modern amenities with a quaint feel and original features, here’s our pick of five historic half-timbered hotels in the UK and beyond.