Rugby World Cup™ Japan: Things to do between matches

Crouch, bind, set for the 2019 Rugby World Cup™ in Japan! With matches spread over 12 venues in cities across the country, travelling for the Rugby World Cup™ lets you experience Japanese culture and hospitality beyond the usual tourist cities. From tasting tours at the Sapporo Beer Museum in Hokkaido to exploring Kumamoto Castle in Kyushu, Japan has plenty of things to do between matches during the Rugby World Cup™.

To help plan your itinerary, we've compiled things to do as well as what to eat and drink in each of the Rugby World Cup™ host cities. The first match kicks off 20 September in Tokyo, so grab your 2019 Rugby World Cup™ tickets and get ready for adventure.

Tips for getting around Japan during the Rugby World Cup™

Save money by purchasing a JR Rail Pass to take advantage of Japan's bullet-train network, catch matches in venues across the country and explore beyond Tokyo while you're at it. If you're short on time, book a quick domestic flight between cities.

Once you're on the ground, pick up a Wi-Fi router at the airport for unlimited wireless Internet in Japan. With the portable router, you can use all your favourite navigation and translation apps without using your phone's data. 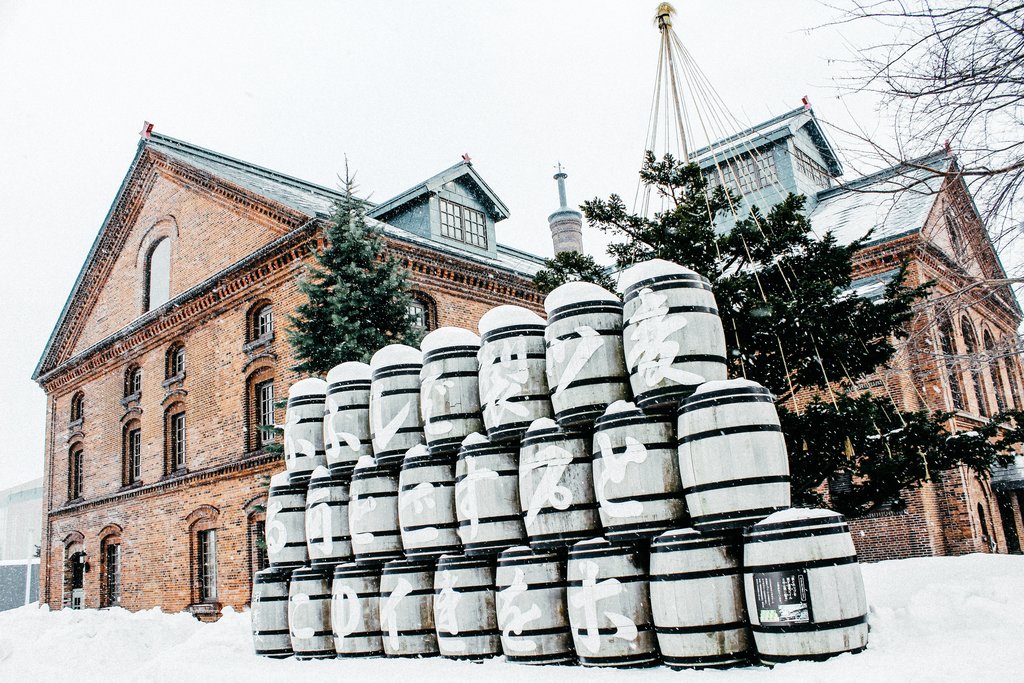 Famous for Sapporo beer, world-class skiing and an annual snow festival, Sapporo is the northernmost city hosting Rugby World Cup™ matches in 2019. Between mountains of beautiful autumn foliage and a pumping nightlife, Sapporo has many things to do to between rugby matches. If you're a foodie, you won't want to miss the Sapporo Autumn Festival in Odori Park that runs to the end of September.

Where to stay near Sapporo Dome:

You can book your accommodation near Sapporo Dome, or stay in a central Sapporo hotel and easily take the train to the stadium.

Things to do in Sapporo:

What to eat and drink in Sapporo: 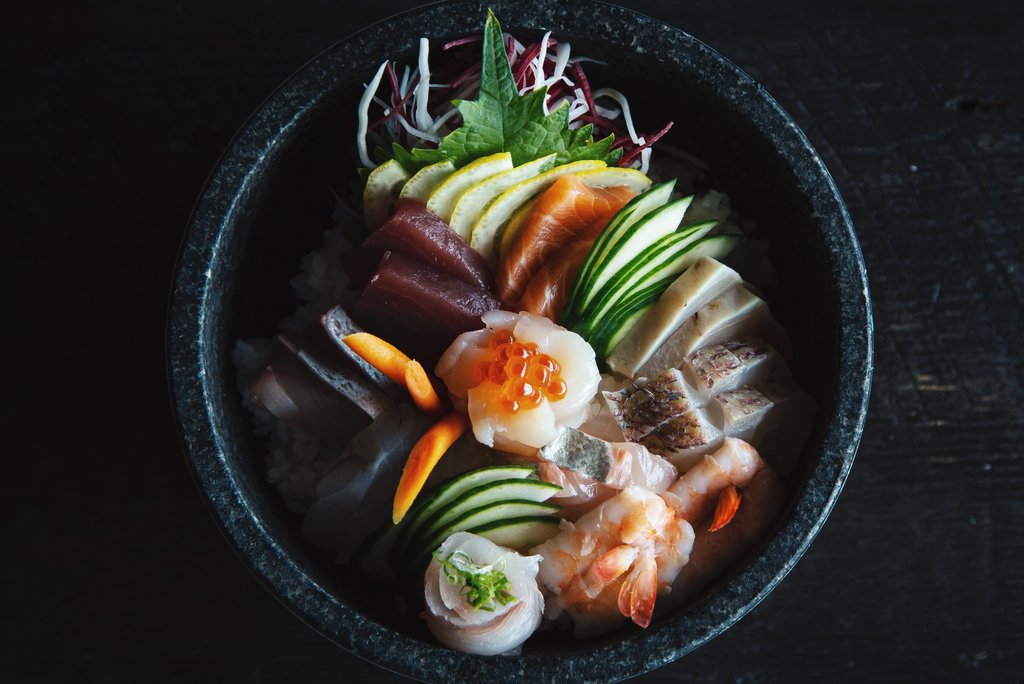 The serene seaside town of Kamaishi City bursts with rugby spirit. The Nippon Steel Corporation Kamaishi Rugby Club won seven national championships in a row from 1979-1985 and earned themselves the nickname the 'Ironmen of the North'. The Rugby World Cup™ teams will play in the newly built Kamaishi Recovery Memorial Stadium which memorialises the victims of the 2011 earthquake and tsunami that devastated the area.

Where to stay in Kamaishi City:

Places to stay are limited in the area, so be sure to book your hotel in Kamaishi City sooner rather than later.

Things to do in Kamaishi City:

What to eat and drink in Kamaishi City: 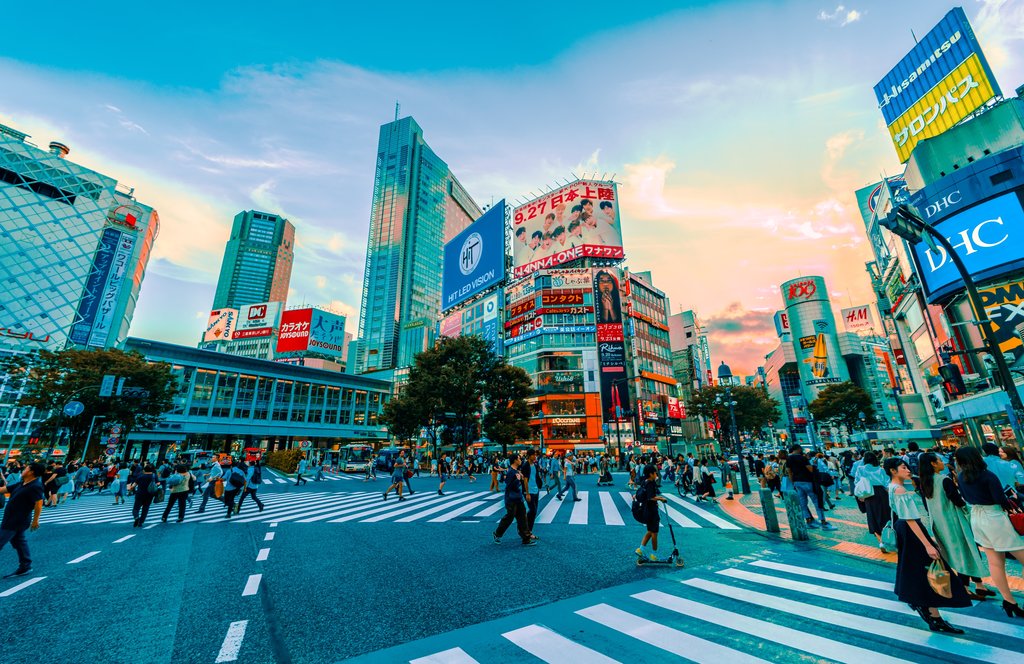 Photo by Jezael Melgoza on Unsplash

Staying in the buzzing metropolis of Tokyo during your time in Japan for the Rugby World Cup™ gives you easy access to several match venues. Just hop on a train and you're in Kumagaya or Yokohama in less than an hour. Plus, Tokyo Stadium is hosting eight matches, including the opening between Japan and Russia on 20 September. Between shopping in Shinjuku, eating sushi in Tsukiji and learning the ways of the samurai in Shibuya, you surely won't run out of things to do in Tokyo during the Rugby World Cup™.

Where to stay in Kumagaya:

Kumagaya is an easy day trip from Tokyo, but the Saitama Prefecture has plenty of charm to entice you to stay for a few days. However, hotels in Kumagaya are more limited than in Tokyo, so it's better to book early.### Rugby World Cup™ matches in Tokyo:

Where to stay near Tokyo Stadium:

A top-notch public transport system makes it easy to stay anywhere in Tokyo and still get around to see the sights. Pick a hotel near Tokyo Stadium (also called Ajinomoto Stadium) to stay near the rugby action, or find a hotel in a neighbourhood that fits your interests with this guide on where to stay in Tokyo. ### Things to do in Tokyo:

What to eat and drink Tokyo: 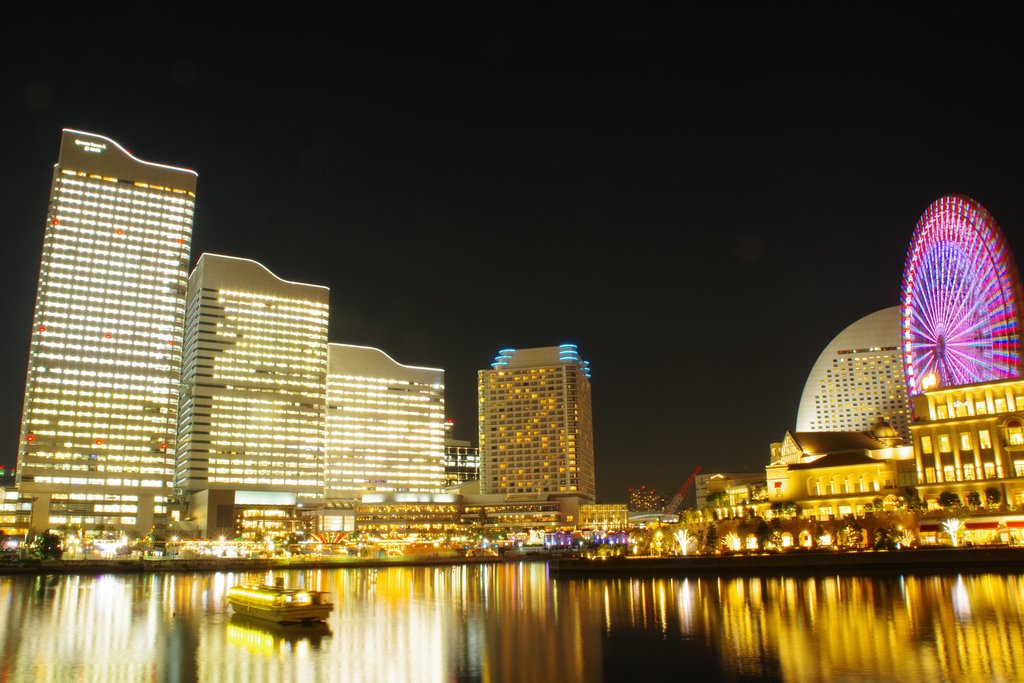 Home to the largest Rugby World Cup™ venue, Yokohama is hosting seven games, including the thrilling final match, in International Stadium. The city of Yokohama is a hub of international trade, making it very welcoming and accessible to foreign visitors. While you can easily ride the train to Yokohama from Tokyo in just 18 minutes, this port city offers plenty of shopping, sightseeing and unique restaurants to warrant spending at least a few days exploring the city.### Rugby World Cup™ matches in Yokohama:

Where to stay in Yokohama near International Stadium:

While you can easily reach International Stadium (also called Nissan Stadium) by public transport, put yourself in the heart of the Rugby World Cup™ excitement by booking a hotel near the Stadium in Yokohama.### Things to do in Yokohama:

What to eat and drink in Yokohama: 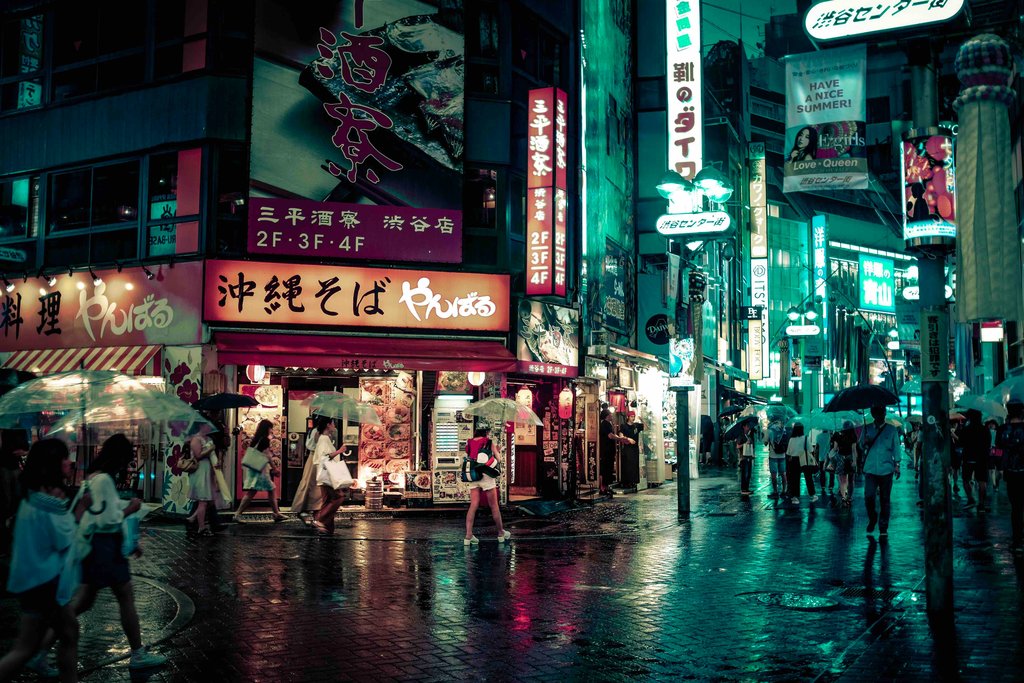 Where to stay near Shizuoka Stadium Ecopa in Hamamatsu:

Snag a hotel in Hamamatsu near Shizuoka Stadium Ecopa for easy access to and from the Rugby World Cup™ matches. ### Things to do in Hamamatsu:

What to eat and drink in Hamamatsu: 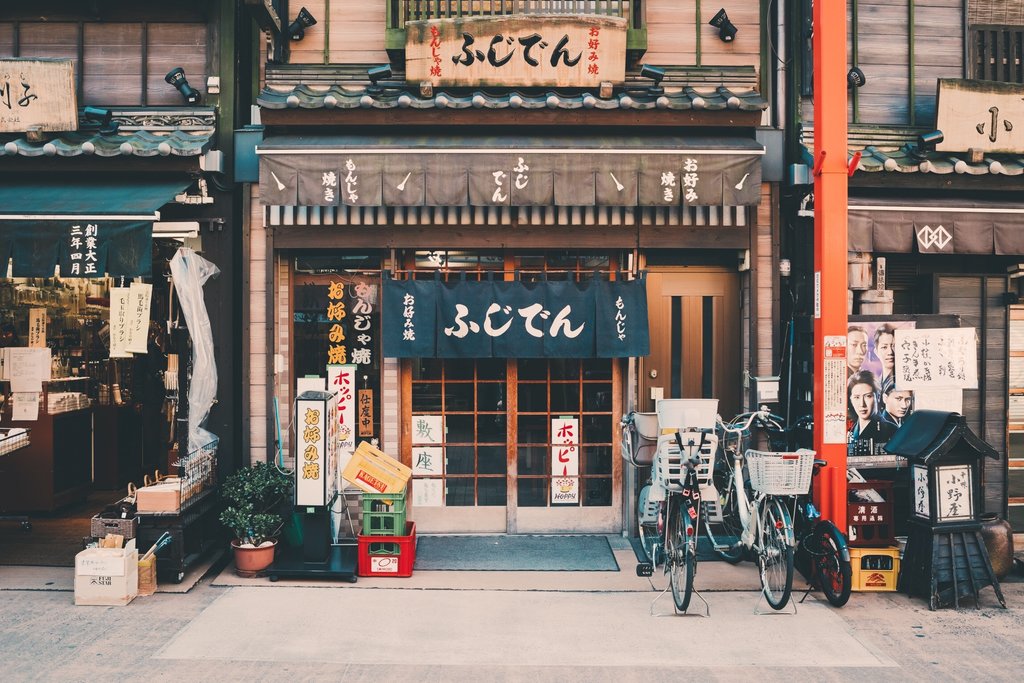 Where to stay near Toyota Stadium:

Book a hotel near Toyota Stadium to be close to the game. You'll also find a wide selection of hotels in Nagoya, which is just an 1.5-hour train ride away.### Things to do in Toyota City and Nagoya:

What to eat and drink in Toyota City and Nagoya: 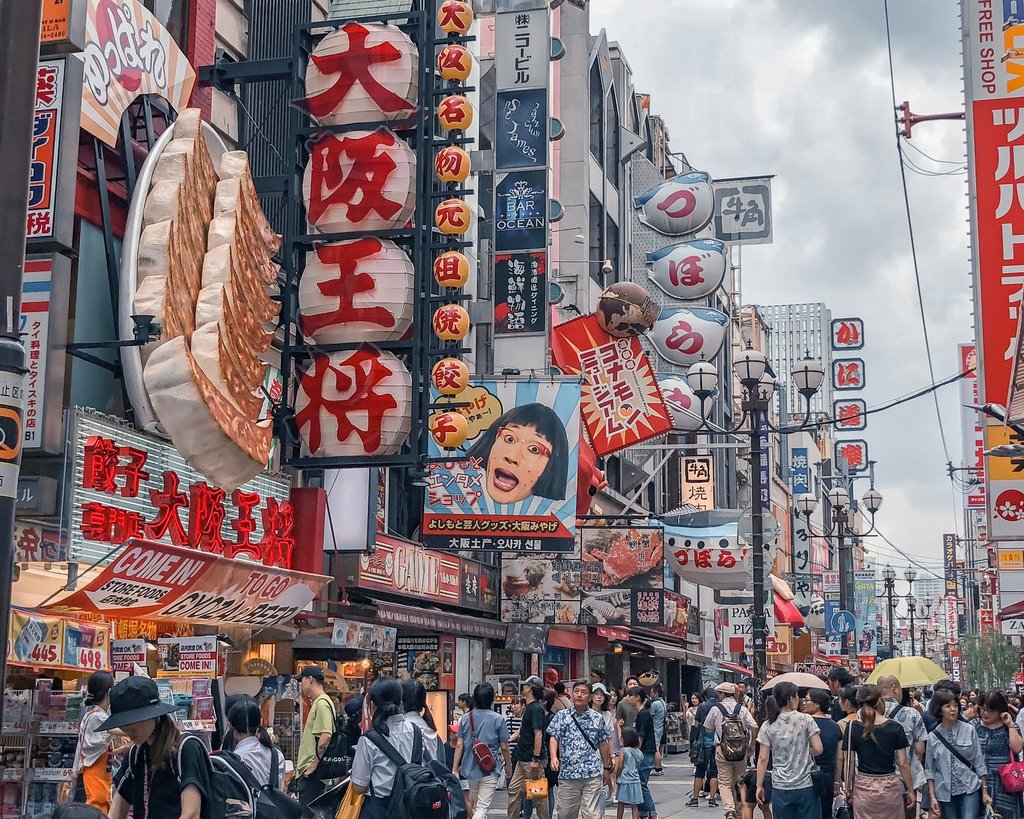 Built in 1929, the historic Hanazono Rugby Stadium might be one of the best places to watch a Rugby World Cup™ match in Japan. Osaka is known as Japan's party city and is full of izakaya (Japanese pubs) to celebrate or commiserate in after a game. Fill your belly with delicious street food as you stroll down Dotonbori Street, marvel at Osaka Aquarium's whale shark exhibit and explore the area's stunning castles and temples.### Rugby World Cup™ matches in Osaka:

Where to say in Osaka:

Osaka, Kobe and Kyoto are well connected by train, making Osaka a good headquarters for your time in Japan during the Rugby World Cup™. Stay near the sightseeing and nightlife in a central Osaka hotel.### Things to do in Osaka:

What to eat and drink in Osaka: 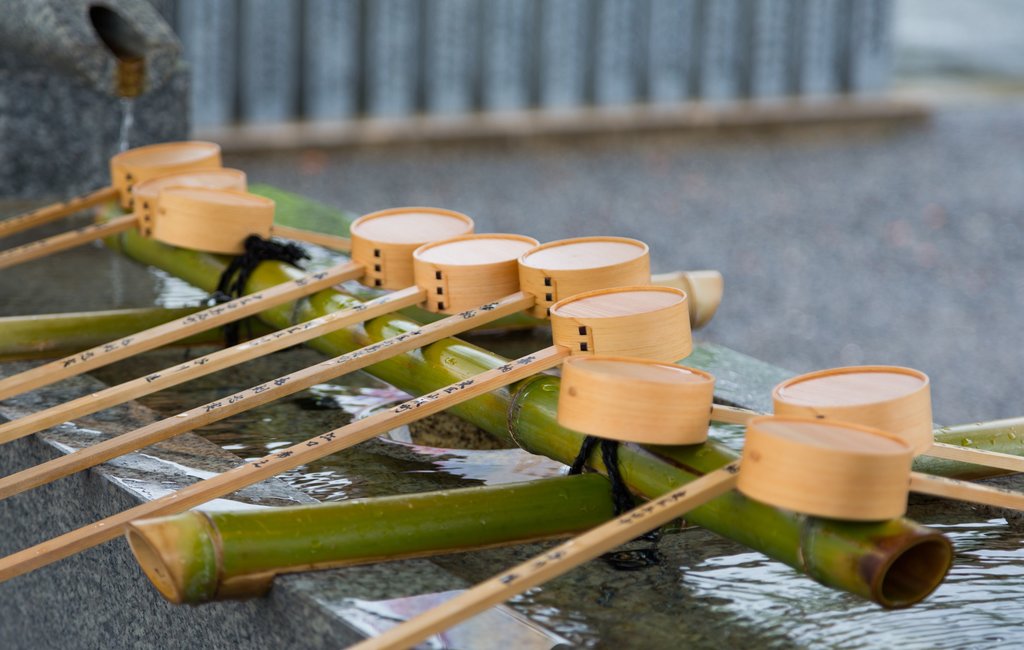 Where to stay in Kobe:

Kobe Misaki Stadium is just a 10-minute subway ride from the city centre, so you have plenty of hotel options in Kobe.### Things to do in Kobe:

What to eat and drink in Kobe:

The bustling harbour city of Fukuoka, the largest city on the southern island of Kyushu, is hosting several Rugby World Cup™ games in Hakatanomori Stadium. You can easily fly into Fukuoka's airport or take the bullet train from other parts of Japan. Relaxing beaches, plentiful shopping and mouth-watering cuisine make Fukuoka a great place to enjoy the Rugby World Cup™.### Rugby World Cup™ matches in Fukuoka:

Where to stay in Fukuoka:

The Hakatanomori Stadium is located in a park near the airport with the Level5 Stadium. If you want to stay closer to the heart of the city, check out hotels in Fukuoka near Tenjin Central Park. ### Things to do in Fukuoka:

What to eat and drink in Fukuoka: 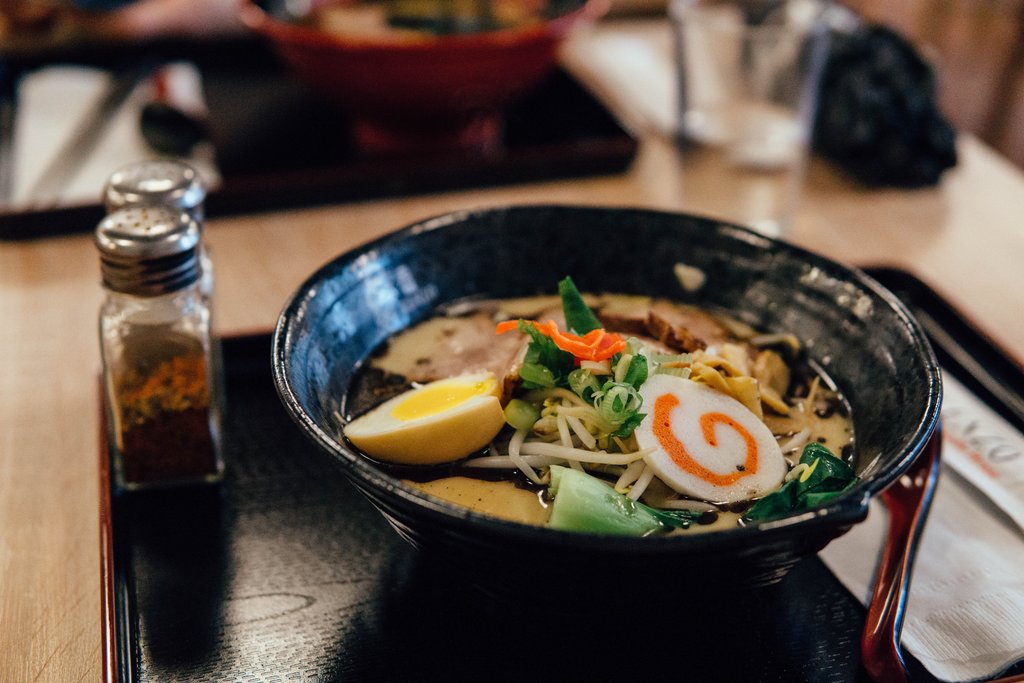 Oita is hosting some exciting games during the Rugby World Cup™, including two quarter-final matches. When you're not cheering for a try at Oita's stadium, explore the gorgeous natural scenery of the area or party hard in a nightclub. Known as a hot springs resort area, don't miss out on a relaxing soak in the nearby town of Beppu.### Rugby World Cup™ matches in Oita:

Where to stay near Oita Stadium:

Find hotels near Oita Stadium (also called the Showa Denko Dome Oita) to stay close to the action. If you're looking to immerse yourself in Japanese culture and some relaxing warm water, check out the nearby hot springs resort town of Beppu and opt for a traditional ryokan experience.### Things to do in Oita:

What to eat and drink in Oita: 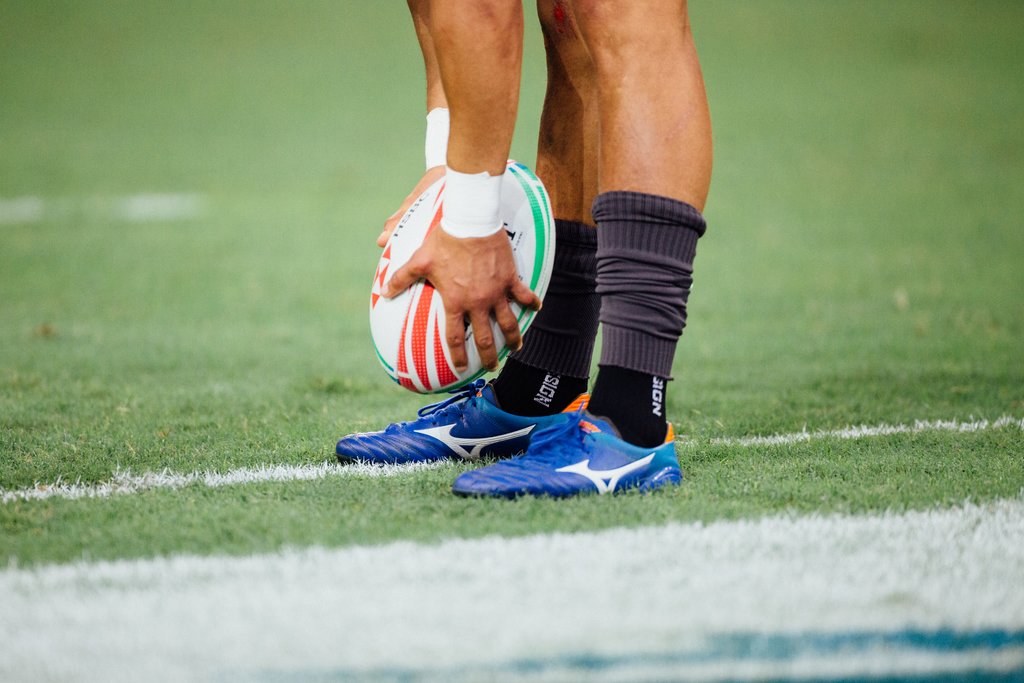 Photo by Hanson Lu on Unsplash

Where to stay in Kumamoto:

Kumamoto Stadium is near the airport, but you'll find a better selection of hotels in Kumomoto City itself. That also puts you in a better location for exploring the area.### Things to do in Kumamoto:

What to eat and drink in Kumamoto:

In this list we range from Guatemala to Brazil, picking hotels that have transformed old colonial houses and monuments into fabulous accommodation.

Painstakingly painted, lauded in poetry, and even sprinkled on lattes: cherry blossoms are a Big Deal in Japan. Join in the fun by booking a spring stay at one of these five hotels...

There‚Äôs no more authentic way to experience Japanese hospitality than in a ryokan.These five bloggers pick out their favourite ryokan stays.

For bookish travellers, one of the best things about a holiday is the chance to sit back, crack open a new title and really read.

It‚Äôs no secret that Tokyo is a world hub for all things high-tech. So it should come as no surprise that many of its hotels are on the cutting-edge of gadgetry.

7 Unbelievable Japanese Beach Locations (& How to Make the Most of Them)
Author: Daniel Crudge