Explore > Sport > Peaks, Parks and Palaces: 10 of the Most Beautiful Places in Spain

Peaks, Parks and Palaces: 10 of the Most Beautiful Places in Spain

“Spain might be best known for its fiery flamenco and tasty tapas, but it’s also home to spectacular natural landscapes and architecture. Expect soaring mountain peaks, ancient Moorish palaces and elegant urban parks – and untamed natural ones – throughout. Here’s our guide to 10 of the most beautiful places to visit in Spain. 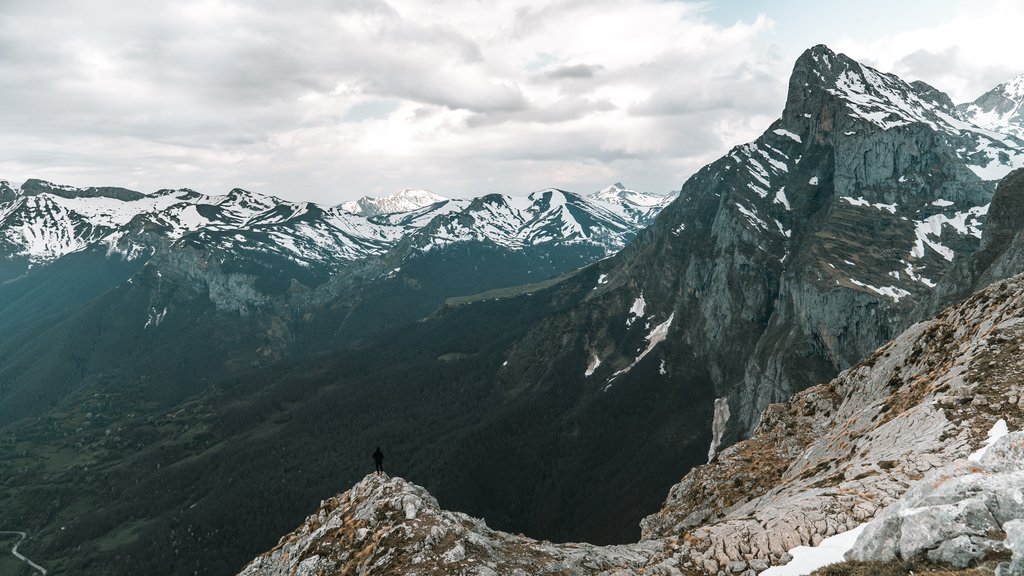 _Photo by Alejandro Luengo on Unsplash_

The “Peaks of Europe” are said to be the first sign of land that sailors returning from the Americas saw – and they wouldn’t have been disappointed. The mountain range crosses northern regions Asturias, Cantabria, and Castilla y León with scenery that shifts from pastures and farmland to rocky lunar landscapes and limestone peaks.

You’ll come across cows, goats and sheep on hiking trails ranging from gentle walks along the Cares Gorge and around glacial lakes Ercina and Enol to extensive multi-day trips.

In the southern province of Andalusia, Sierra Nevada is home to the highest peak in mainland Spain – Mulhacén. Standing 3,478 metres above sea level, “Snowy Mountain” is a popular skiing destination in winter with 124 runs on the slopes of Pico de Veleta.

Scattered along the southern foothills of the mountain are Las Alpujarras, a series of charming white villages. The green valleys and majestic gorges that divide the villages make for excellent hikes.

Jagged peaks and unusual curved rocks formed 45 million years ago greet visitors to Monserrat. An hour train ride northwest of Barcelona, the mountain range has a Benedictine Monastery and holy grotto where the Virgin Mary was reportedly sighted.

A mountain train runs from the base of the mountain to the monastery, and two funiculars go on to viewing platforms at Santa Cova and Sant Joan. Numerous hikes will allow you to take in the more than 1,250 plant species growing on Montserrat. 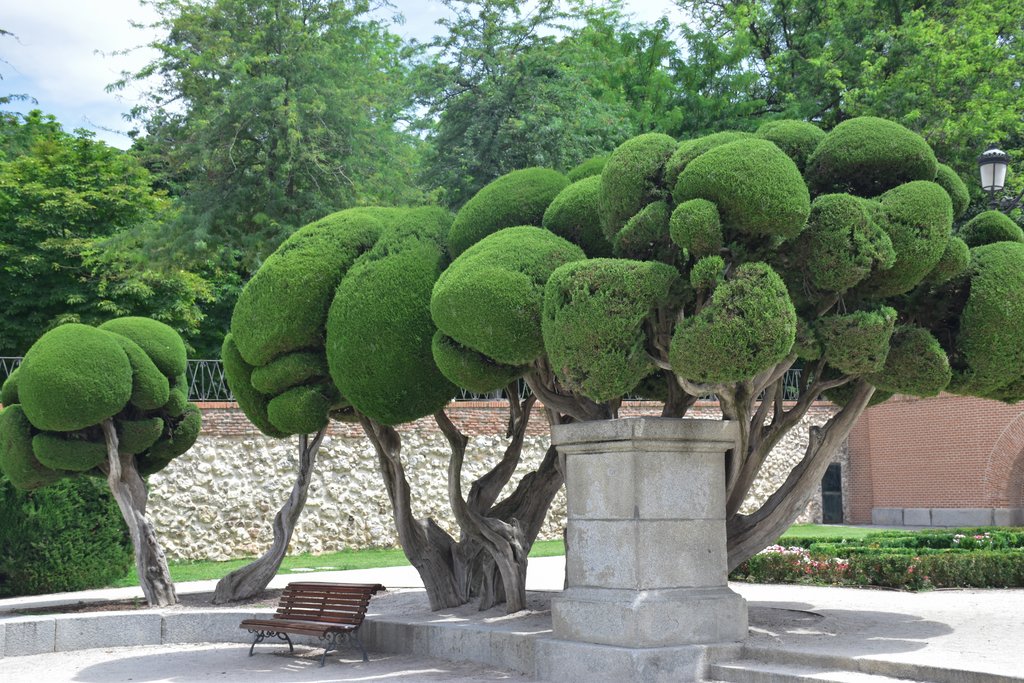 _Photo by Greg Nunes on Unsplash_

Originally a retreat for the Spanish royal family, Parque del Bueno Retiro – also known as El Retiro – retains a regal air. Found on the outskirts of Madrid city centre, the park is 350 acres big – so there’s plenty of space to roam.

Row across the artificial lake for a water view of the monument to King Alfonso XII or stroll through the manicured French and rose gardens. The Palacio de Cristal is a former greenhouse transformed into an art exhibition space.

El Jardín del Túria opened in 1986 transforming a former riverbed – that was prone to flooding – into one of Valencia’s prettiest spaces.

The different sections of the park switch from pine forest to bougainvillea and orange groves. Walk under the 18 historic bridges, past picnicking families, strolling couples and laughter-filled playgrounds, to the futuristic City of Arts and Sciences.

Declared a UNESCO Biosphere Reserve, Extramadura’s Monfragüe National Park is great if you like birdwatching – vultures and eagles circle above and kingfishers lurk by the banks of the rivers Tagus and Tiétar. The park’s more than 200 animal species also include the rare Spanish lynx.

Hikes from the visitor’s centre, Villarreal de San Carlos, will take you to the Salto del Gitano viewing platform and the ruins of Castillo de Monfragüe, a watching tower dating from pre-Roman times.

Four archipelagos make up this national park off the coast of Galicia. The best-known are the Cíes Islands – Monteagudo, San Martiño and Faro – which can be reached by ferry from the town of Vigo.

Picture pine forests and pristine sandy beaches leading to clear waters filled with coral reefs, dolphins and whales. Once a popular haven for pirates, the 1,200-hectare park is uninhabited but day visits can be arranged. 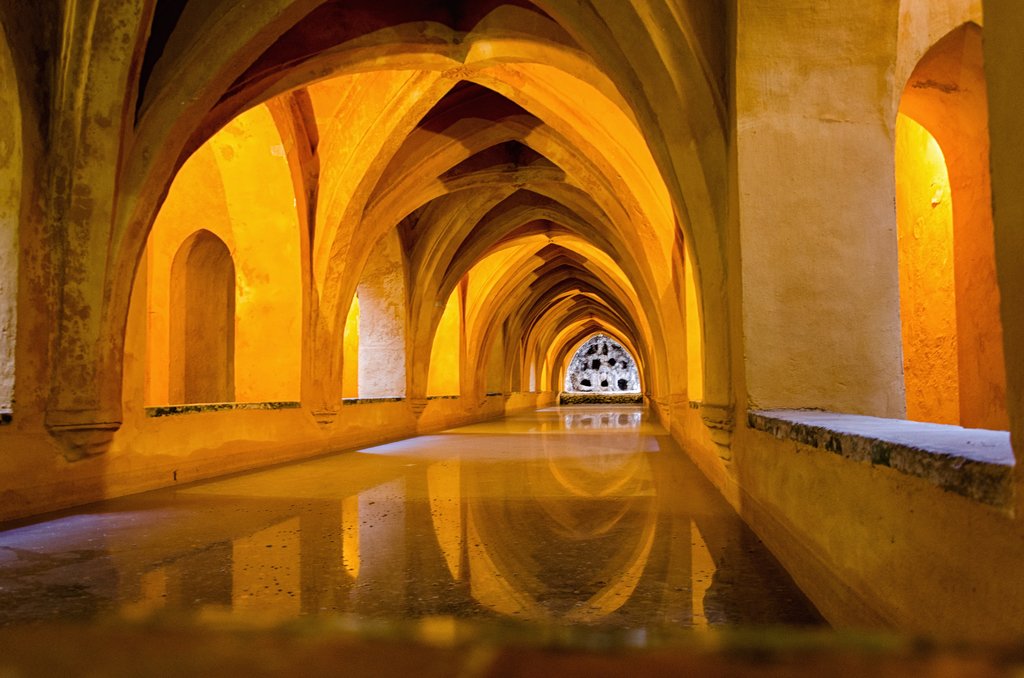 _Photo by David Hertle on Unsplash_

The Alcázar of Seville is the oldest royal palace still in use in Europe. The UNESCO World Heritage Site was originally built as a fort in 913, but the Moorish palace wasn’t commissioned until the 1360s.

Highlights include the Mudéjar Palace, the Gothic Palace and, of course, the spectacular gardens and patios dotted with palm and orange trees and cypresses. Expect a mix of architectural styles, from ornate dome ceilings with gold carvings to Gothic vaulted halls.

Another sublime example of Moorish architecture, the Alhambra in Granada is a combination of palace and fortress dating from the 14th century. The Nasrid Palaces are the main attraction, with intricately carved walls and arches.

Alhambra tickets sell out weeks in advance and you’ll need a separate, time-allocated ticket for the Nasrid Palaces. At sunset, head to the Mirador of San Nicolas for stunning views of the glowing palace.

With more than 3,000 rooms, 240 balconies and 44 staircases, Palacio Real is the largest royal palace in Western Europe. The 18th century building housed a long line of Spanish kings and is still the official residence of the royal family (despite them living elsewhere).

Rooms are decorated with Spanish marble and works of art including impressive frescoes. In the Royal Pharmacy, see where medicinal herbs were stored and prescriptions fit for royalty.

You can see Spain’s most beautiful places by checking out our hotels in Spain.”

Where to Go in Scotland for a Weekend

Headed to Scotland but only have a weekend to travel? We’ve rounded up the best places to go in Scotland for a weekend break.

Everything you need to know about attending Bournemouth Air Festival. Held every year in August, it’s one of the UK’s most popular air show events.

10 Reasons You Should Visit Georgia

The beautiful country of Georgia is perfect for your next holiday. Here’s 10 reasons why you should visit Georgia!

Walk the Brooklyn Bridge: Your Guide to an Essential New York Experience