Bizarre Christmas Traditions Around the World

If you thought Brussels sprouts and terrible Christmas cracker jokes were odd, they’re nothing compared to these festive traditions from around the globe. From hurling shoes at doors, to hitting smiley poop logs, here are the world’s weirdest Christmas traditions. 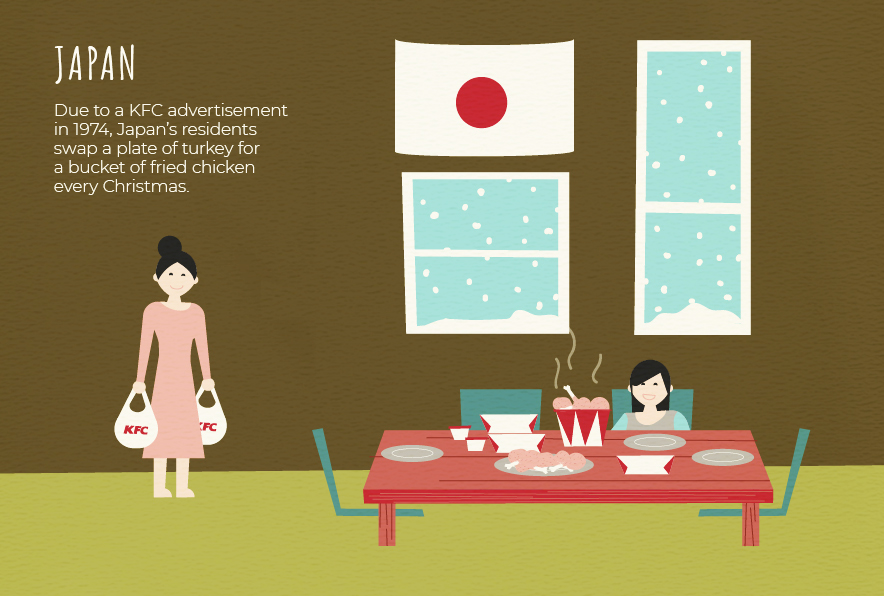 Japan’s residents swap a plate of turkey for a big bucket of fried chicken. This is due to one KFC advertisement which aired in 1974, titled Kurisumasu ni wa Kentakkii (or “Kentucky for Christmas”). Ever since then, Japanese families have made uniting over a Bargain Bucket a Christmas tradition. 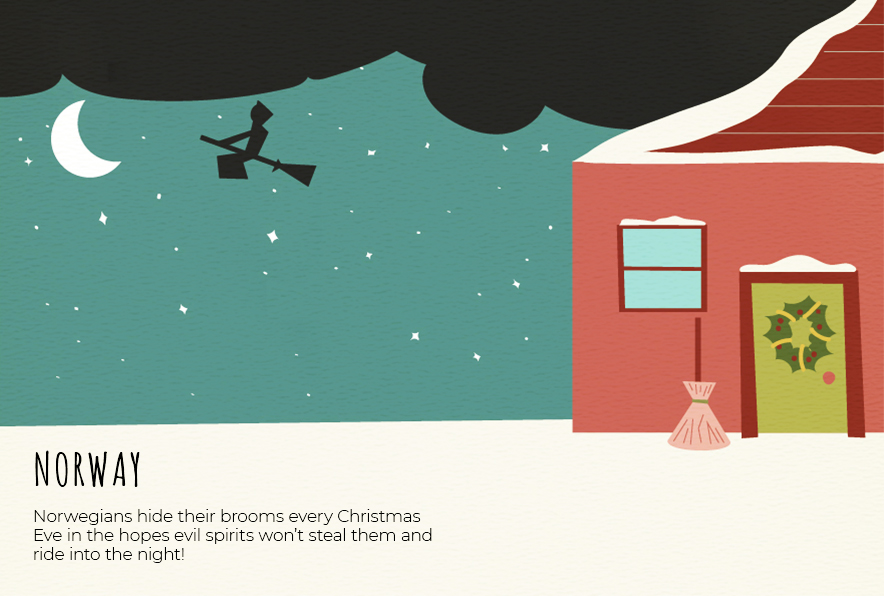 Norwegians might spend the best part of December cleaning their house from top to bottom, but come Christmas Eve, cleaning is strictly forbidden. Why? Well, Norwegians believe that Christmas Eve is the one day of the year where evil spirits creep out of the shadows, searching for one thing and one thing only: abandoned brooms to ride into the night sky. 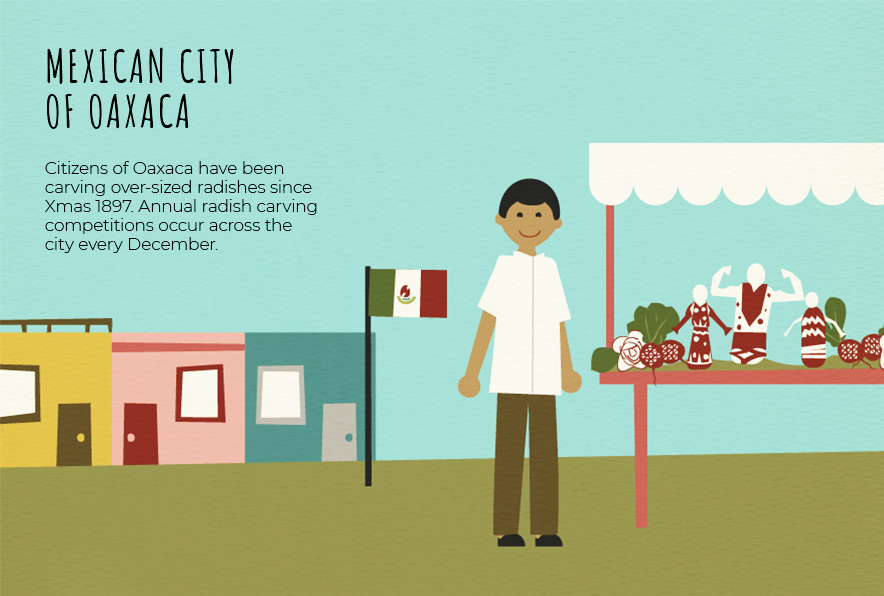 In the Mexican city of Oaxaca, radishes are given special attention during the festive season. Since 1897, over-sized radishes have been carved into figurines to attract passers-by. Today, this craft is so loved throughout Oaxaca that the city now holds annual radish carving competitions over the festive period. 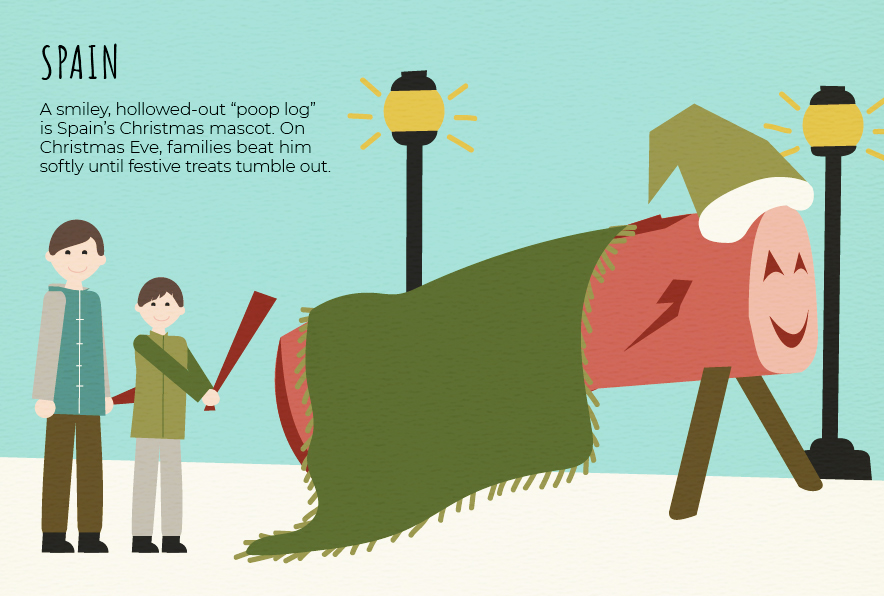 Visit the Catalonian region of Spain during December and you might spot Caga Tio, a hollowed-out log with a smiley face and red hat. However, despite his cute exterior, in actual fact, he is a “poop log”. On Christmas Eve, families beat him softly while singing “poop log, poop nougats, hazelnuts and cottage cheese” until he has – ahem – discarded all of his goodies. 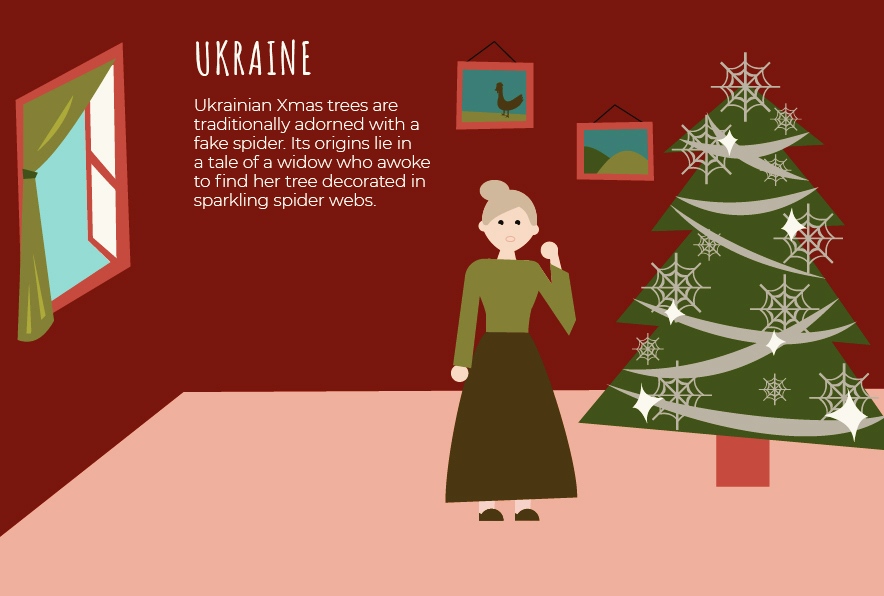 Ukrainian folklore tells the story of a widow and her two children, who were too poor to afford decorations for their Christmas tree. However, when they awoke on Christmas Day, they saw the tree covered with cobwebs. When they opened the windows, the first rays of sunlight touched the cobwebs and turned them into gold and silver – resembling tinsel. Now, Ukrainians across the country hang small spider ornaments on their Christmas tree in homage to this story. 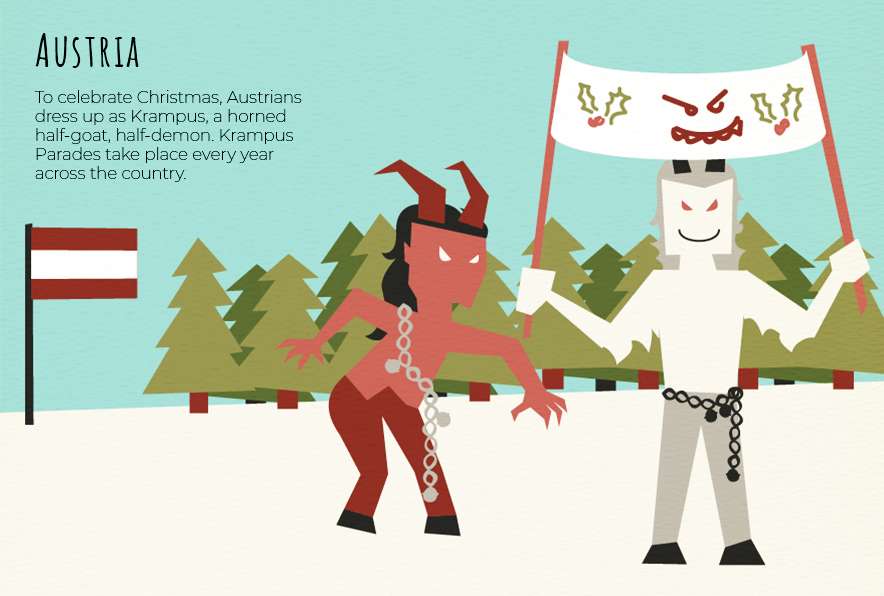 Krampus, Father Christmas’ shadow companion, is a well-known figure in Austria. According to folklore, he is a horned half-goat, half-demon who frightens naughty children with chains and bells. While this may sound frightening, Austrians embrace this tradition; every December, civilians dress up in Krampus costumes for the many Krampus Parades which take place across the country. 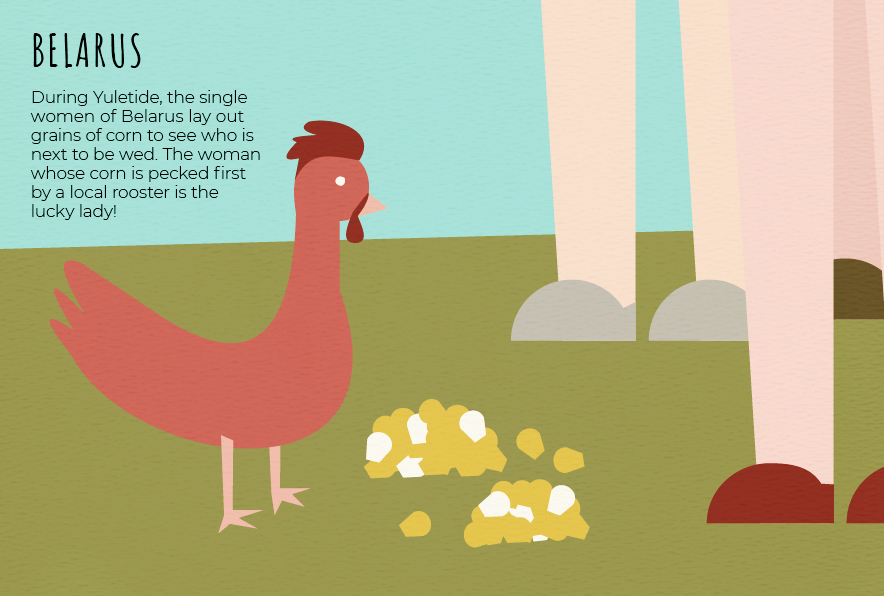 Over the festive season, the single women of Belarus gather together to see who Cupid will strike next… by laying out grains of corn in front of them! A raft of roosters are brought in from a nearby farm and whoever’s corn is eaten first is thought to be the next to be married. While many believe Valentine’s Day is the time for romance, Czechs believe Christmas is the best time for finding love. Every Christmas Eve, Czech women stand with their backs to the front door and hurl a shoe over their shoulder. If the toe faces the door, the thrower is destined to marry. If the heel faces the door, well, there’s always next year! 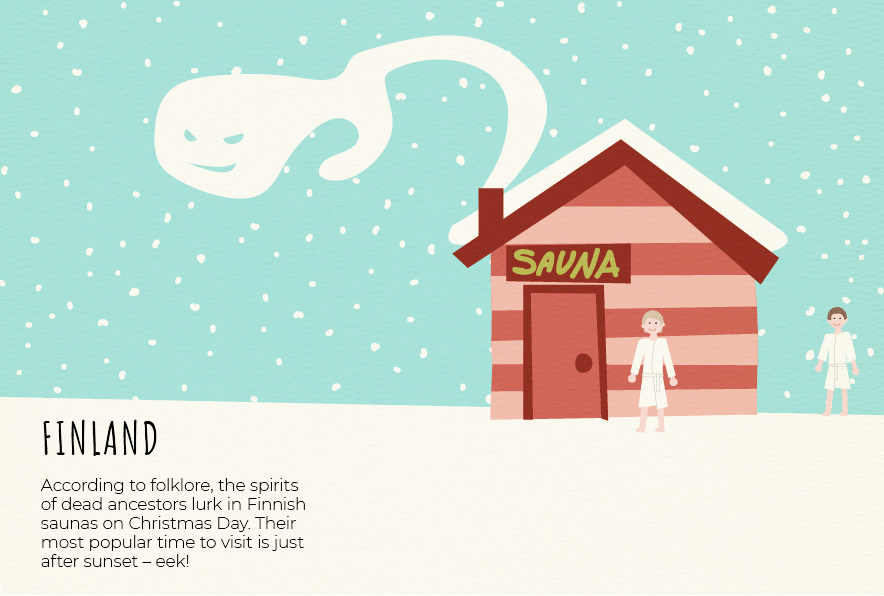 Finns are well-known for their love of saunas (the country has over two million of them!), and Christmas Eve is the time of year where they are really put to work. This is when Finnish residents head to the nearest sweat lodge to cleanse the body after a hearty Christmas lunch. But take a word of warning: according to folklore, the spirits of dead ancestors visit the sauna after early Nordic sunset, so make sure to get there quick! 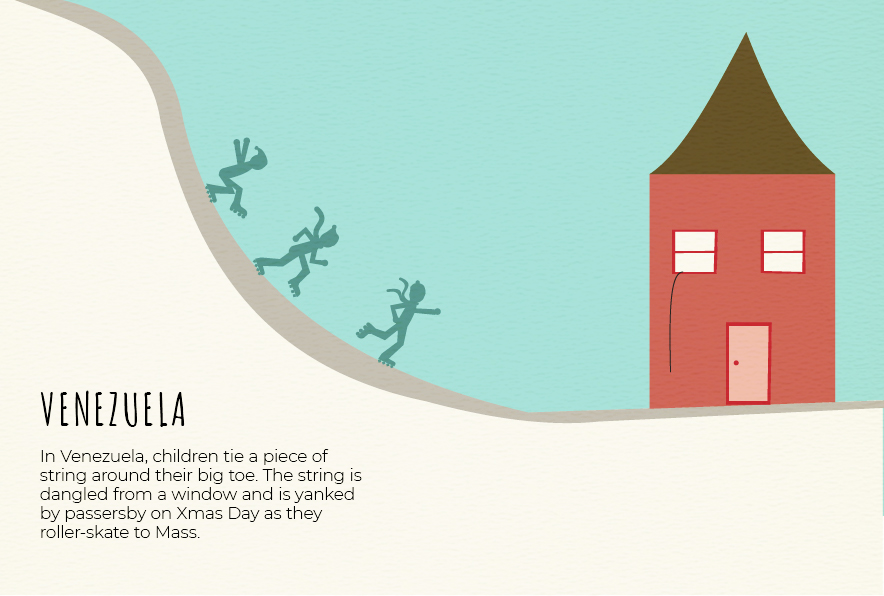 Between 16-24 December, the roads of Venezuela’s capital, Caracas, are closed until 8 am. Why? Well, to make way for those roller-skating to Misa de Aguinaldo ("Early Morning Mass."), of course! Children tie a long piece of string to their big toe before bed and hang the other end out of the window. When it’s time to skate, passers-by give the string a tug!

Not booked your holiday yet? Explore our destinations