The Best Water Parks in Tenerife

Tenerife, the largest of the Canary Islands, is a popular destination for beaches, festivals and nightlife. Its combination of nearly year-round sunshine and warm weather is one of Tenerife's main draws, making it among the best places to go for fun water parks. Here are the best water parks in Tenerife to enjoy during your holiday.

Aqualand Tenerife is a spectacular water park and a top choice for water fun with kids. The massive park has everything from thrilling slides for different ages, tube rides and sparkling waterfalls to infant play areas and terraces to sunbathe and relax. The water park also has restaurants and bars for refreshments. The highlight of a trip to Aqualand Tenerife is the dolphin show, an exciting event that features trained dolphins. You can also book an encounter to swim with the dolphins and have a photograph taken. 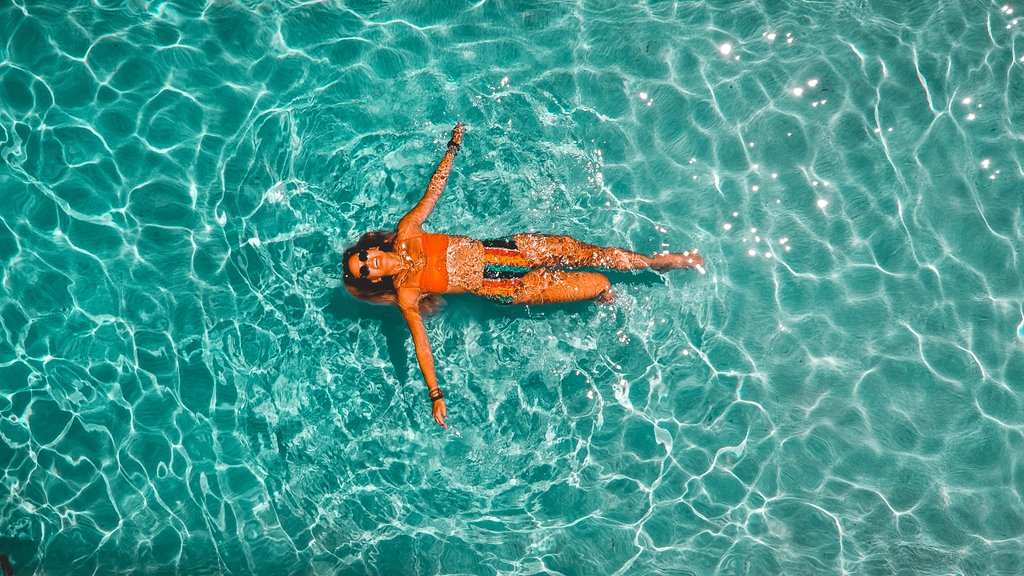 Siam Park Tenerife is regarded as one of the best water parks in the world, thanks to its array of activities. The park has a Siamese motif and many themed rides, such as the Dragon and Jungle Snakes. The highlight of Siam Park is the Wave Palace, a huge wave pool with a sand beach, which boasts the waves higher than those of any wave pool on the planet. The park also offers a surfing school that provides lessons on riding the waves. The park has many other rides, such as a river rapid rides, twisting slides that follow the park terrain, a freefall through a slide near sharks and stingrays, a family rapid ride, a water coaster and a children's play structure with games. 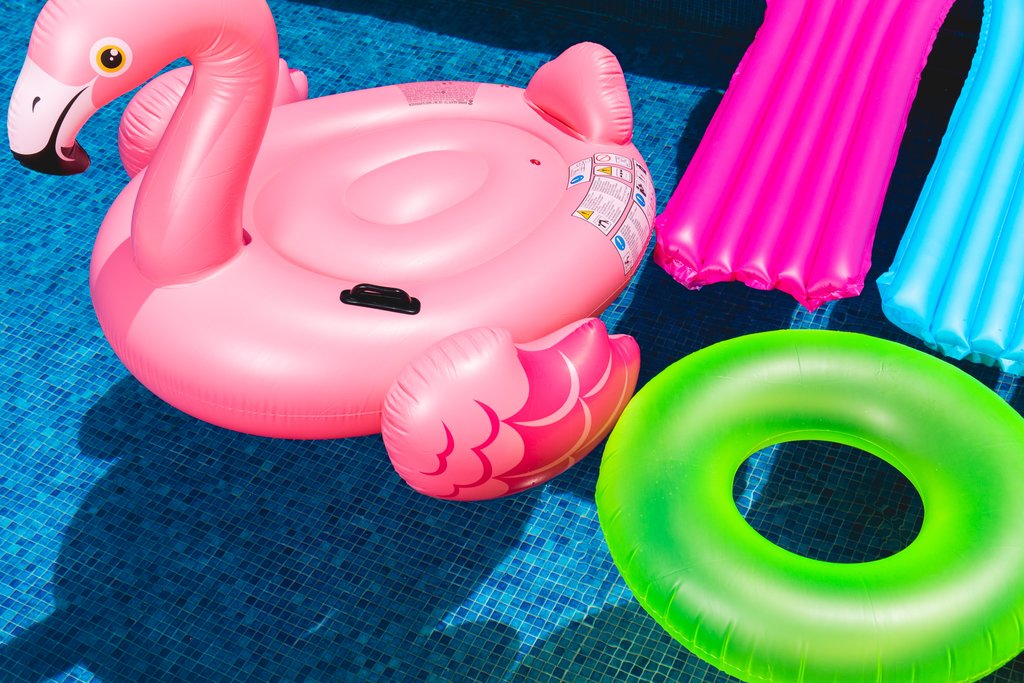 Lago Martianez is a complex of saltwater pools and an open-air museum in Tenerife.vDesigned as an entertainment park by Cesar Manrique, the leisure park has an artificial lake with islands, bars, restaurants and terraces. You'll also find gardens, solariums and sculptures throughout the park. The pools are particularly beautiful at night due to the illumination of the water and the promenades. Though Lago Martianez is more suited for adults, it's a can't-miss water park during your trip to Tenerife.

Ready to plan your adventure?

Tenerife has plenty of appeal for travellers, from its pristine beaches and water parks to its dining and shopping opportunities. If you're planning a trip to Tenerife, visit Expedia to explore deals on Tenerife holidays to plan your itinerary and ensure you have an unforgettable time in the Canary Islands.

Where to Stay in Tenerife

This hotel is in a residential area, a 5-minute walk from the center of Santa Cruz, Tenerife’s capital, and 6 kilometers from the main harbor.

Nestled on the beach, this Arona resort is within a 10-minute walk of Arona Pyramid and Las Vistas Beach. Los Cristianos Beach and Veronicas Strip are also within 1 mi (2 km).

Nestled on the beach, this Costa Adeje resort is within a 10-minute walk of Plaza del Duque Shopping Center and El Duque Beach. Fanabe Beach and Puerto Colon Marina are also within 1 mi (2 km).

This family-friendly Adeje resort is located near the beach, within a 10-minute walk of Torviscas Beach, Siam Park, and Aqualand Costa Adeje. Puerto Colon Marina and Troya Beach are also within 10 minutes.

Located in southern Costa Adeje, the Sheraton La Caleta Resort & Spa is just 0.3 km from El Duque beach. Medano beach is also nearby and the hotel is 2 km from Costa Adeje Golf and 3 km from the Barakuda Diving Center.

Located in the volcanic San Blas Reserve, Sandos San Blas Nature Resort & Golf is a 25-minute drive from both Los Cristianos beach to the west and Tejitas beach to the east. The picturesque town of San Miguel de Abona, with its 18th-century cobblestoned streets, is 20 minutes away by car.

Offering direct access to the beach, this Costa Adeje hotel is within a 10-minute walk of Bobo Beach and Fanabe Beach. Aqualand Costa Adeje and Siam Park are also within 1 mi (2 km).

Located in Costa Adeje, this luxury resort is within a 15-minute walk of El Beril and El Duque Beach. Fanabe Beach and Puerto Colon Marina are also within 2 mi (3 km).

Offering direct access to the beach, this Arona hotel is on the boardwalk and within a 5-minute walk of Veronicas Strip and Troya Beach. Siam Park and Las Vistas Beach are also within 1 mi (2 km).

Situated by the ocean, this hotel is within a 10-minute walk of Playa De Los Tarajales and Los Cristianos Beach. Las Vistas Beach and Golf Las Americas are also within 2 mi (3 km).

Offering direct access to the beach, this Costa Adeje hotel is within a 5-minute walk of El Beril and El Duque Beach. Fanabe Beach and Puerto Colon Marina are also within 2 mi (3 km).

This family-friendly Adeje hotel is located near the airport, within a 10-minute walk of La Pinta Beach, Aqualand Costa Adeje, and Puerto Colon Marina. Siam Park and Torviscas Beach are also within 15 minutes.

This family-friendly Adeje resort is located by the ocean, within a 10-minute walk of El Pinque and Las Galgas. Golf Costa Adeje is 3 mi (4.8 km) away.

Located in Costa Adeje, this spa resort is within a 15-minute walk of El Beril and El Duque Beach. Fanabe Beach and Golf Costa Adeje are also within 3 mi (5 km).

Tenerife has more variety than it gets credit for, with Spain's tallest mountain, pretty rural villages and must-do theme parks among its best attractions.

Explore Essentials: Things to Do in Tenerife
Author: Expedia team

Year-round sun, top-notch beaches and a varied interior mean there are tons of things to do on Tenerife. Check out our pick of activities on the island.

Tenerife may be best known for its beach holidays, but keen mountain bikers will tell you that it has another, less sedate side. Here's 5 hotels for bikers.

Discover the best water parks in Ibiza for a fun day out with the whole family on your holiday.

The Best Things to Do in Dortmund
Author: Kasha Dubaniewicz

Dortmund is a top destination for an activity-filled city break. From moated castles to interactive museums, here are the best things to do in Dortmund.

Use this guide to Cornwall's top attractions to plan your Cornwall holiday and enjoy the best this popular destination has to offer.

Explore Essentials: 9 Things to Do in Cornwall
Author: Expedia Team

Discover the best things to do in Cornwall, such as a fascinating witchcraft museum, dramatic castles and a lush garden with global plant species.

10 of the Best Beaches in Cornwall
Author: Expedia Team

Discover 10 of the best beaches in Cornwall to plan your seaside retreat with friends or family.

Discover the best beaches in Santorini to enjoy a day of sunbathing and swimming with the family or on your own.

10 Free Things to Do in Lisbon
Author: Expedia Team

Find out the top free things to do in Lisbon, such as visiting parks and museums, to save on your holiday.

Everything You Need to Know about Public Transport in Berlin
Author: Expedia Team

Get around the German capital with ease thanks to our handy guide to public transport in Berlin.

The Five Boroughs Like a Local: Apartments in Manhattan
Author: Expedia Team

For an authentic experience of Manhattan, consider basing yourself in one of these stylish apartments. You'll feel like a local in no time at all.

Things to do in Tenerife

Go deep into the waters of the south coast of the island of Tenerife with a 2-hour dive at Playa de las Vistas in the municipality of Arona. The Rincón de

Discover whales and dolphins in their natural environment

The Roulette is a 12-meter sailboat with capacity for 10 passengers and 2 crew, we depart from Puerto Colón (Costa Adeje), located in the center of the Zec

Glide through Puerto de la Cruz on a self-balancing Segway. Enjoy an exciting tour as a local guide introduces you to the people and history of Puerto de la

Strap in, blast into the air, and try a watersport like you've never seen. Let the flyboard's water jets propel you through daring flips and dives for a

Enjoy a special day and discover incredible spots along the northern coast of Tenerife while savouring outstanding typical food and wine. We will take care of

Meet your guide at the prearranged time outside your hotel and ride to the historical La Casona del Patio hotel, which itself is a beautiful landmark in

Hike in the Mysterious Anaga Mountains

Make your way into the verdant laurel forest of the wild Anaga mountains to hike through the enchanted atmosphere, admire the views, and hear legends about

Experience the thrill and adventure of jet skiing along the coast of Tenerife. Speed through the Atlantic waters, break through the waves, and admire the

Coast along the stunning cliffs of Los Gigantes in a kayak and get the chance to spot whales in their natural habitat from a boat on this engaging tour. Spend

Enjoy a 4 hour and 90 km quad tour with departure at 10:00 am which takes you from Playa Las Americas to Las Cañadas del Teide, in the heart of the National

Take a 3 hours quad tour of about 60 km starting at 14.30 h that will take you from Playa de Las Americas to areas of forests and ravines overcoming an

You will meet in at the port at a time to be confirmed, where you will board the luxury new RIB. As this is VIP there will only be a maximum of 25 persons on

The Jewel of the South: Adeje Private Tour

Unravel centuries of history, see breathtaking cliffs, and walk along ever-changing massifs. Taste and discover new flavors while you savor a wide variety of

See the beauty of Tenerife's coastline from the sea and the air with a combination of exhilarating watersports in the spectacular Atlantic waters. Race

See the whales and dolphins in their natural environment. Our boat departs from Puerto Colon, travelling 3 miles from the coast where the pilot whales can be