The Best Things to Do in Leipzig

If you're looking for an activity-filled city break, then a holiday in Leipzig is exactly what you need. Leipzig is the largest city in Germany's Saxony region and it's known for its history and cultural attractions. Here are our top things to do in Leipzig. 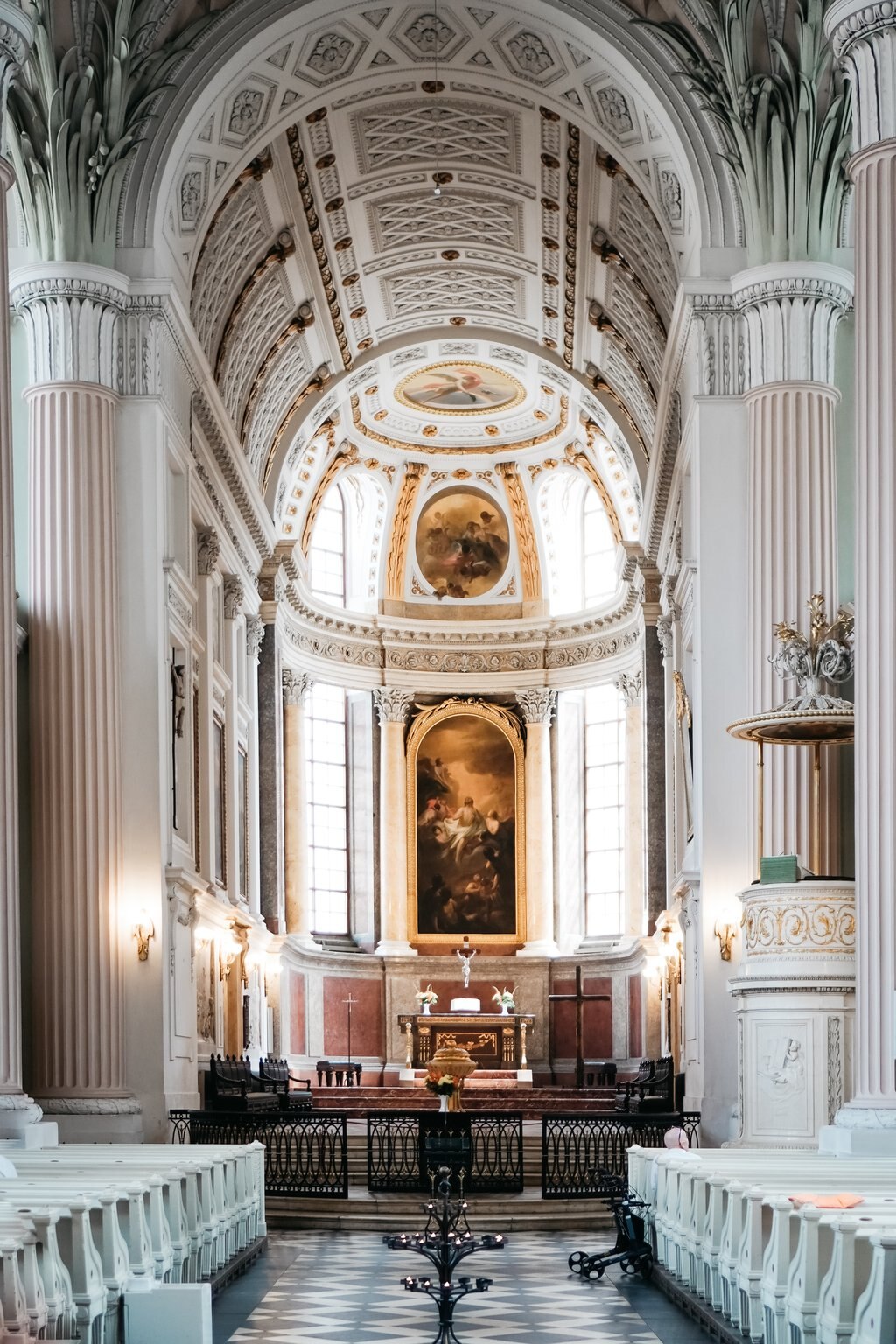 Founded in the 12th Century, Nikolaikirche is Leipzig's largest church. While the dark exterior reflects both Gothic and Baroque influences, the inner church is filled with pastel hues and columns topped with palm-tree capitals. But the church's visual appearance isn't the only draw here; Nikolaikirche has also played an important role in the city's history. Most notably, the church was the backdrop for the Monday Demonstrations of 1989. These peaceful protests sparked off a chain of events, eventually leading to the reunification of Germany. Museum der Bildenden Künste

Going on first impressions alone, you wouldn't be blamed for thinking that Museum der Bildenden Künste is a recent addition to Leipzig's sightseeing offering. After all, this museum is housed in an ultra-modern glass building, but this institution has actually been around since 1837. The museum's permanent collection is vast, with 4,600 paintings, 1,800 sculptures and 70,000 graphics from the Middle Ages to the present time. Art enthusiasts will be especially delighted to have the chance to view iconic works by renowned artists like Monet, Degas and Delacroix. 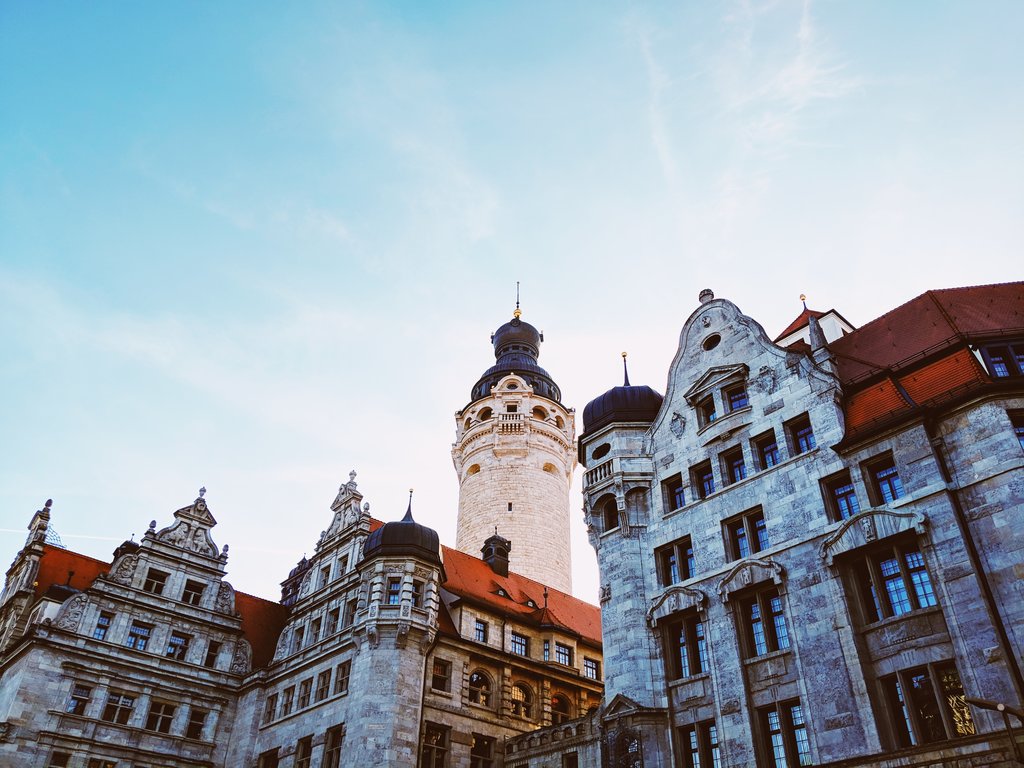 The Markt is a hub of activity all year round. Leipzig's biggest events take place in this central square, including the annual Christmas market, but the Markt also plays host to a number of historical buildings. The eye-catching Altes Rathaus (the Old Town Hall) was built in the 16th Century and now contains the Museum of City History. The Alte Waage is another building that's worthy of a closer look, as this structure formerly housed the city's official weighing scales, which were once used for Leipzig's trade activities. But if you simply want to soak up the atmosphere of the Markt, then grab a seat and relax at one of the square's outdoor cafes.Mädlerpassage

This Leipzig spot manages to combine two of the city's best features: history and shopping. The Mädlerpassage is a covered shopping arcade filled with specialist shops but parts of the structure date all the way back to the 16th Century. During the 1900s, this venue became a fashionable place to buy ceramics, eventually expanding into the five-storey arcade we can see today. You can also find a number of cafes and eateries inside, such as Auerbach's Keller, one of the oldest restaurants in Leipzig. If you need more retail therapy, Mädlerpassage connects with two additional shopping arcades called Königshauspassage and Messehofpassage. 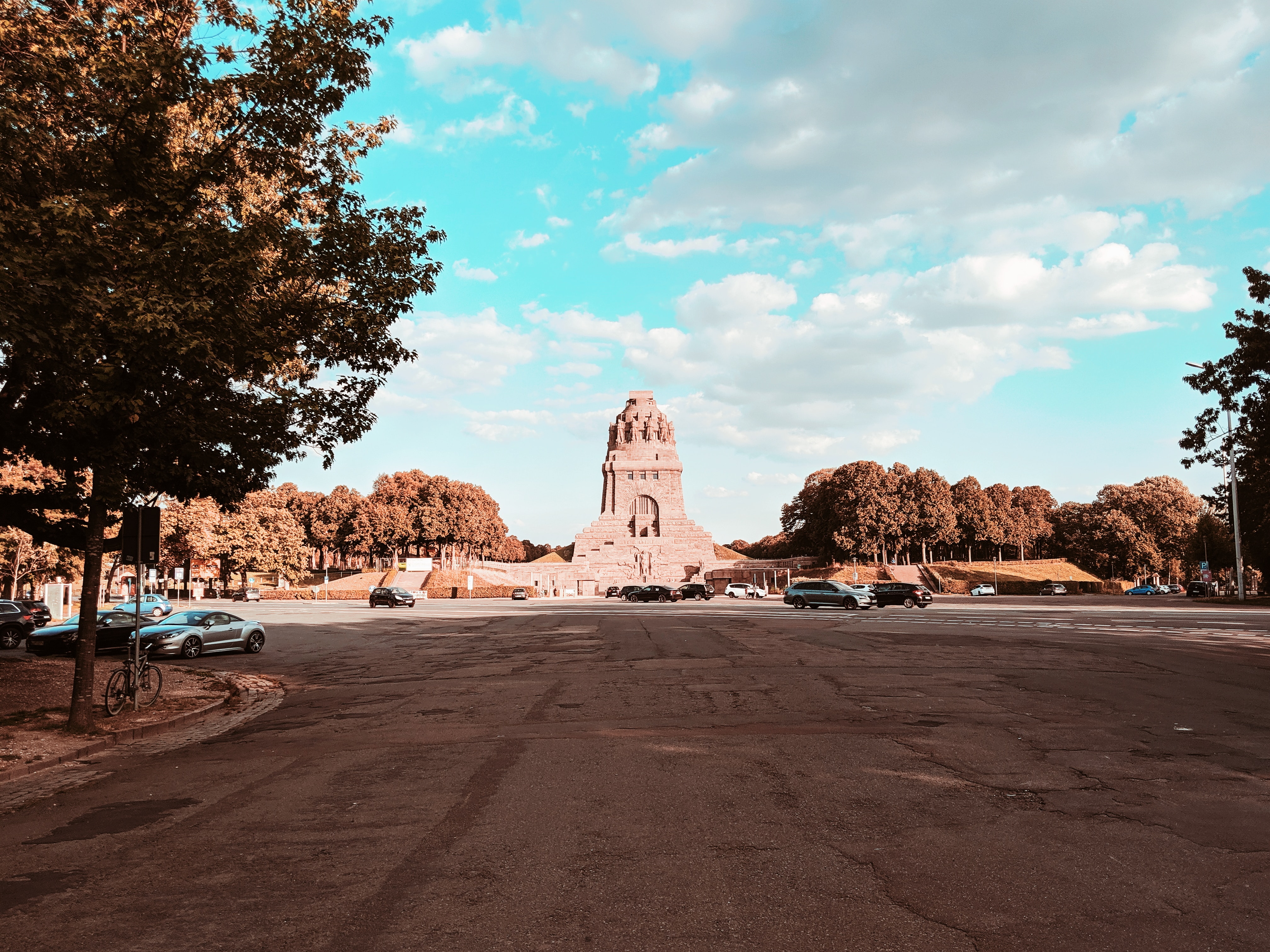 Völkerschlachtdenkmal is one of the tallest war memorials in Europe, standing at 91 metres. Also known as the Monument to the Battle of the Nations, this memorial commemorates the Battle of Leipzig of 1813. It's a tranquil spot, where a large reflecting pool stands before the granite monument. Völkerschlachtdenkmal is split into two levels, with the lower floor depicting a symbolic crypt while the upper floor contains statues that represent the four values of faith, fertility, bravery and sacrifice. If you are feeling energetic, climb the 500 steps up to the observation platform to see incredible views over the surrounding area. The monument can be reached by a quick tram ride from your Leipzig city centre hotel.

The Grassi Museum is a stunning Art Deco building that contains three museums - and all of these are equally fascinating. The Leipzig Museum of Ethnography displays 200,000 items from all over the world, including South East Asia, Europe and Oceania. Meanwhile, the Museum of Musical Instruments focuses on musical items that date between the 16th to the 20th centuries. And inside the Leipzig Museum of Applied Arts, you can view over 90,000 exquisite pieces of decorative art, including sculptures and furniture. So, if you happen to visit Leipzig during a rainy weekend and need to retreat indoors, the Grassi Museum will keep you occupied for hours. 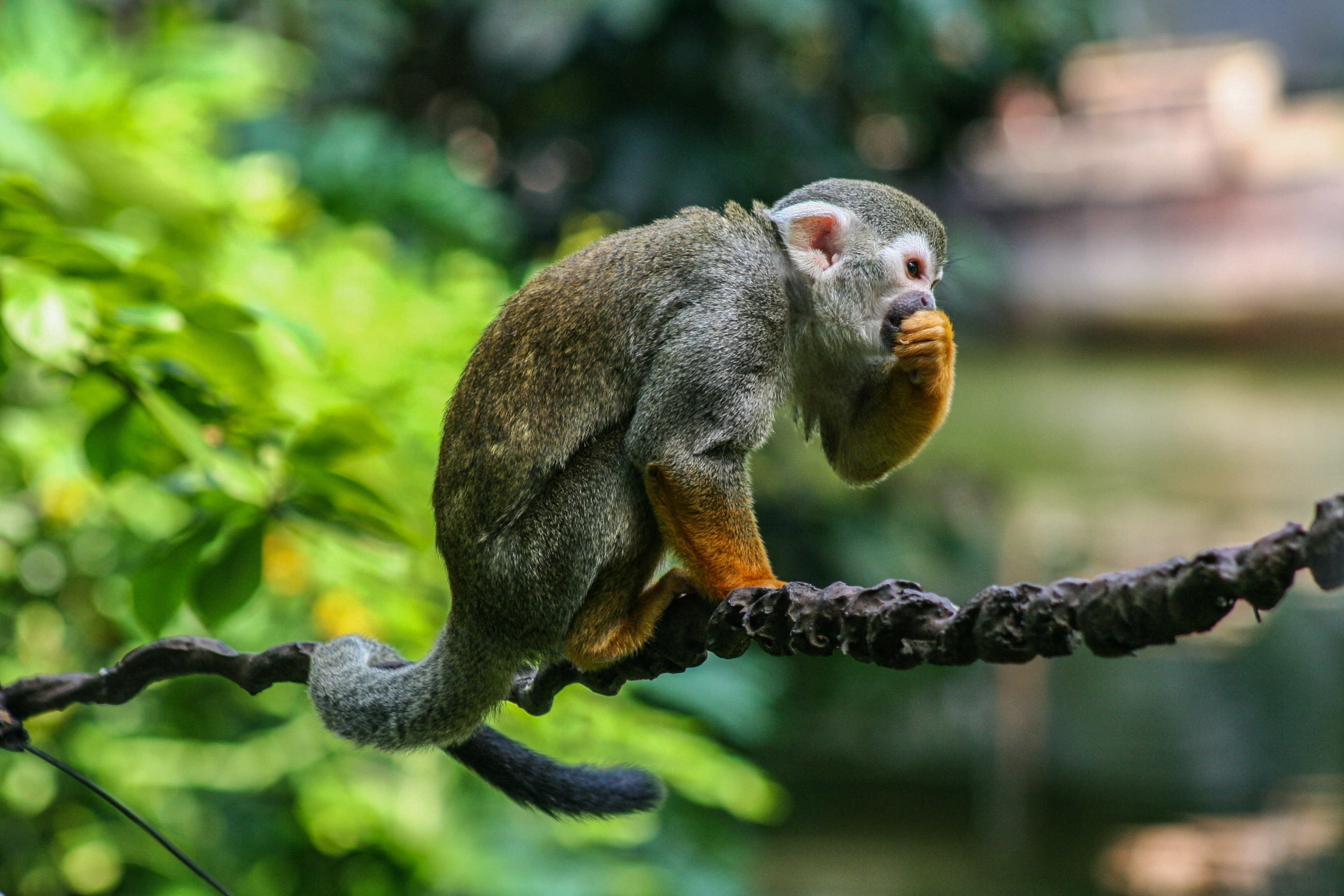 Leipzig Zoo is not your average animal park - it's considered to be a leader in zoo-based conservation efforts. That's because family-friendly Leipzig Zoo has large enclosures that closely imitate the animals' natural habitats. There are savannahs, volcano tunnels and watery worlds to discover, but the biggest standout is Gondwanaland. This biome is a climate-controlled rainforest that's home to hundreds of animal species, such as giant otters, squirrel monkeys and Komodo dragons. Another zoo highlight is Pongoland, where you can see family groups of primates, including orangutans, chimpanzees and bonobos. Our biggest piece of advice for Leipzig Zoo? Make sure that you've set aside enough time to see it all!

We're rounding off our list with one of the city's most unique attractions. Housed in a former gasometer, Leipzig Panometer is the brainchild of Austrian artist Yadegar Asisi, who uses paintings, drawings and photographs to create a colossal 105-metre-tall image. This panorama is then viewed from a raised platform in the centre of the structure. The theme for the panorama changes every few years and past themes have included the Titanic, Mount Everest and Ancient Rome. So, if you want to get off the beaten track in this city, Leipzig Panometer is a thought-provoking hidden gem that needs to be seen to be believed.

Are you ready to start your own Leipzig adventure? Go ahead and book your flight to Leipzig today!

Where to Stay in Leipzig

Located in Großwiederitzsch, this hotel is 1.2 mi (2 km) from Leipzig Trade Fair and 2.9 mi (4.7 km) from Leipzig Zoo. Sachsen Park and GolfPark Leipzig are also within 3 mi (5 km). Leipzig Messe S-Bahn is 21 minutes by foot.

Located in Wiederitzsch, this hotel is within 1 mi (2 km) of Sachsen Park and Leipzig Trade Fair. BMW Factory is 2.6 mi (4.3 km) away. Leipzig Messe S-Bahn is 16 minutes by foot.

Located in Alt-West, this hotel is 1.7 mi (2.7 km) from Red Bull Arena and 2 mi (3.2 km) from Arena Leipzig. Leipzig Industriegelande West Station is 13 minutes by foot and Leipzig Leutzsch Station is 15 minutes.

Located in Zentrum, this luxury hotel is within a 10-minute walk of Leipzig City History Museum - Neubau and Leipzig Zoo. Gewandhaus and Arena Leipzig are also within 1 mi (2 km). Leipzig Central Station is 5 minutes by foot and Markt S-Bahn is 10 minutes.

This family-friendly Leipzig hotel is located in the historical district, within a 10-minute walk of Naschmarkt and Gewandhaus. Leipzig Zoo and Arena Leipzig are also within 1 mi (2 km). Markt S-Bahn is only a 2-minute walk and Augustusplatz Tram Stop is 6 minutes.

Located in Zentrum, this hotel is within a 10-minute walk of Leipzig's Old Town Hall, Leipzig Opera, and Gewandhaus. Leipzig Zoo and Arena Leipzig are also within 1 mi (2 km). Leipzig Central Station is only a 2-minute walk and Markt S-Bahn is 8 minutes.

Located in Zentrum-Ost, this hotel is within a 15-minute walk of Monument to Peaceful Revolution and Gewandhaus. Leipzig Zoo and Red Bull Arena are also within 2 mi (3 km). Augustusplatz Tram Stop is 10 minutes by foot and Leipzig Central Station is 6 minutes.

This family-friendly Leipzig hotel is located in the historical district, within a 15-minute walk of Leipzig City History Museum - Neubau, Leipzig Zoo, and Gewandhaus. Red Bull Arena and Arena Leipzig are also within 2 mi (3 km). Leipzig Central Station is only a 4-minute walk and Markt S-Bahn is 7 minutes.

Located in Plagwitz, this hotel is within 2 mi (3 km) of Leipziger Baumwollspinnerei, Red Bull Arena, and Arena Leipzig. Leipzig Zoo and Gewandhaus are also within 3 mi (5 km). Leipzig-Plagwitz S-Bahn is 12 minutes by foot and Leipzig-Lindenau S-Bahn is 17 minutes.

Located in Zentrum, this hotel is within a 10-minute walk of Leipzig City History Museum - Neubau and Leipzig Zoo. Gewandhaus and Arena Leipzig are also within 1 mi (2 km). Leipzig Central Station is only a 4-minute walk and Markt S-Bahn is 8 minutes.

Located in Zentrum, this hotel is within a 10-minute walk of Leipzig City History Museum - Neubau and Gewandhaus. Leipzig Zoo and Arena Leipzig are also within 1 mi (2 km). Leipzig Central Station is only a 5-minute walk and Markt S-Bahn is 6 minutes.

This family-friendly Leipzig hotel is located on the Strip, within a 10-minute walk of Runde Ecke Memorial Museum and Leipzig Zoo. Red Bull Arena and Gewandhaus are also within 1 mi (2 km). Markt S-Bahn is 8 minutes by foot and Leipzig Central Station is 8 minutes.

Fans have been flocking to West Sussex ever since that first festival hill climb in 1993. Stay at one of these hotels for Goodwood thrills and spills.

8 Great Place to Visit In and Around Bournemouth
Author: Expedia Team

With the Jurassic Coast in one direction and the New Forest in the other, there are loads of great places to visit near Bournemouth. Here's our pick.

The Five Boroughs Like a Local: Apartments in the Bronx
Author: Expedia Team

From Morris Heights to Unionport, check out these Bronx apartments. They'll give you a taste of local life in this charming New York borough.

Discover the best markets in Berlin to find food products, vintage goods, gifts and mementoes of your trip.

Like a Local: 10 Non-Touristy Things to Do in London
Author: Expedia Team

Discover 10 non-touristy things to do in London and experience the city in a new and unique way.

Shopping in Newcastle is our favourite reason to visit the city. Check out our insider's shopping guide to Northumberland Street, Newcastle.

Discover the best parks and green spaces in Dublin to enjoy a day of sunshine and outdoor activities.

What and How to Eat in Prague: Quick Guide to Food in the Czech Capital
Author: Expedia Team

Find out what and how to each in Prague with this quick guide to food in the Czech capital.

The Ultimate Guide to Shopping in Lanzarote
Author: Expedia Team

Use this ultimate guide to shopping in Lanzarote to discover the best shops and areas for unique gifts.

There's plenty to do and see in the art scene in Devon! Here's our guide to art galleries in Devon.

Things to do in Leipzig

Cemetery tour over the Old Johannisfriedhof

Discover the dark secrets of the Old Johannisfriedhof. Take a mystical tour with a gravedigger guide that ends with a magical wishing ceremony. Visit the Old

Look forward to a comedy show on wheels and enjoy an amusing tour through Leipzig's Old Town. Hop on-board a comfortable bus and experience a funny journey

Take part in Gruseltour Leipzig, the city's most haunted walking tour. Hear about legends and secrets of the past and experience chilling events. Spend 90

Book a private professional photographer for a family trip, destination wedding, secret proposal or just a great day. Prices start at 8.33 USD per