How to See the Blackpool Illuminations in 2019

The annual Blackpool Illuminations switch-on is one of Lancashire's most hotly anticipated events. Each year, thousands of people head to the seafront at Blackpool promenade to see one million lightbulbs create 10km of light-up displays along the town's Victorian promenade.

Blackpool Illuminations traditionally continues to brighten the promenade until November, but being there for the switch-on means catching firework displays, live music and entertainment. The event is now associated with MTV, and is widely broadcasted, making Blackpool the centre of the pop universe for one night every year.

In 2018, pop, classical and musical-theatre star Alfie Boe switched on the illuminations, along with popstars Ella Eyre and Jonas Blue and Britain's Got Talent dance troupe Diversity.

This year rock-pop band Busted will have the honour of switching on Blackpool Illuminations, along with Nina Nesbitt, Sigma and Diversity.

Whether you're heading to the switch-on this year, or you're planning a trip to see the illuminations throughout the season, here's all you need to know about the Blackpool Illuminations.

When is the Blackpool Illuminations Switch-On?

This year, the Blackpool Illuminations switch-on concert will be held at Blackpool Tower Festival Headland on Friday 30 August.

The event will kick-off with a celebration of local talent in the Blackpool Introduces showcase. After that, the countdown and the switch-on itself will happen, and then MTV will host an hour-long party under the lights featuring Busted, Sigma, Nina Nesbitt and Diversity.

How to get Tickets for the Blackpool Illuminations

The Blackpool Illuminations switch-on concert is free, but you do need to apply for wristbands.

To apply for a free Blackpool Illuminations wristband, you must register, which you can do now. Each registration has the chance to receive up to four wristbands per household. These bands will provide free entry to the whole Tower Festival Headland area on the night of the switch-on concert.

From August 2019, there will also be a limited number of first-come-first-served "golden circle" tickets on sale, which will guarantee entry to the event. 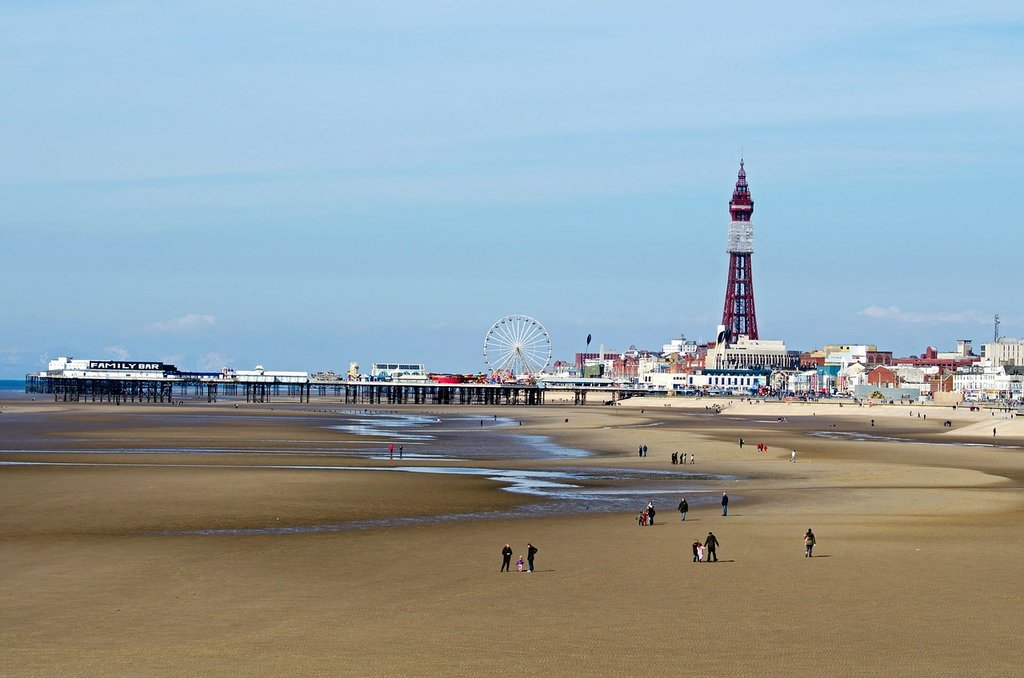 Where to Park in Blackpool

During the Blackpool Illuminations, the roads can become busy and the car parks in the centre of the town can fill up quickly.

Plan your trip before you get to Blackpool and you'll easily find a place to park, but it may be a little way out of town. Head to the Visit Blackpool's website for more information. We recommend Talbot Road, Banks Street or Filey Place, all of which won't take you near any closed roads.

Which Train Station is Closest for the Blackpool Illuminations?

However, Blackpool North train station is on Talbot Road close to the north end of Blackpool promenade. From here you can walk or take the tram from the top of the illuminations right down to the south side of the seafront.

When do the Blackpool Illuminations Finish?

The Blackpool Illuminations finish each year in early November. This means you have almost three full months of illuminations to enjoy right up until the start of the festive season.

Do Blackpool Illuminations stay on All Night?

Blackpool Illuminations do not stay on all night.

From Sunday to Thursday, the lights are switched off at 10:30pm - except during October Half-Term, when they stay on until 11pm. On Friday and Saturday nights, enjoy the lights until 11m.

As the nights get darker earlier throughout the illumination season, Blackpool's famous lights are also turned on earlier. When British Summertime ends and the clocks go back an hour, Blackpool Illuminations go on as early as 5pm. 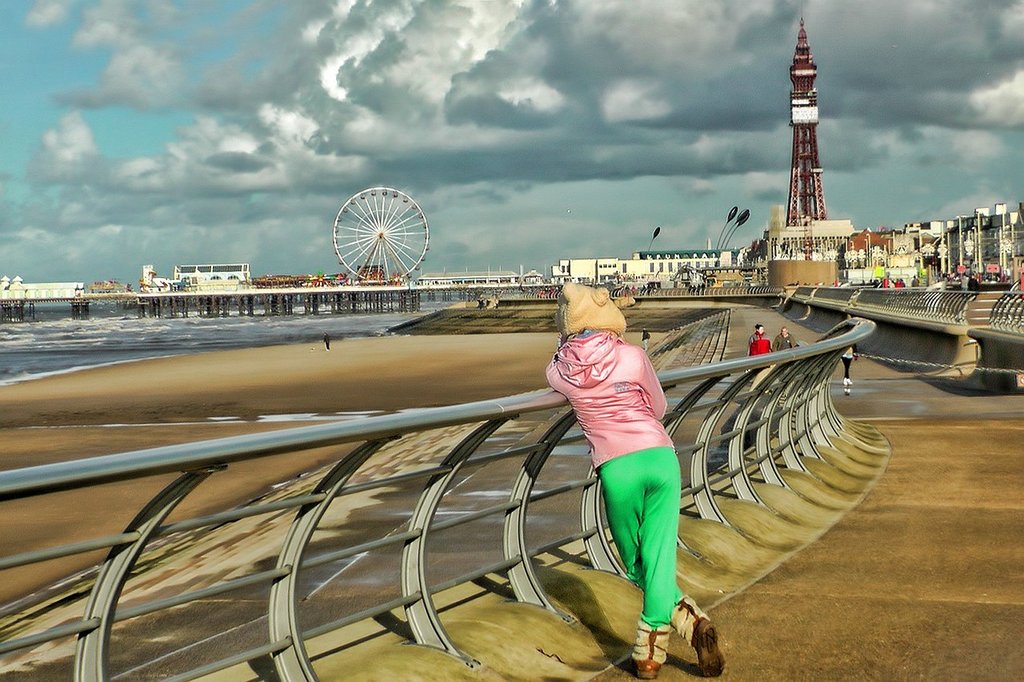 How to Travel to Blackpool Illuminations by Tram

It is easy to get to Blackpool illuminations and Blackpool Tower Festival Headland by tram. There are two types of tram to choose from on the seafront - traditional heritage trams and the more comfortable modern trams. They all run along Blackpool's seafront, and every tram has stops near Blackpool Tower, the Pleasure Beach and close to the car parks, where you can park and ride into the city to avoid queues and congestion. You can use Blackpool 1 tickets on both trams and buses.

What are Blackpool Illumination Tableaux?

The Blackpool Illumination tableaux are some of the most impressive displays at the illuminations. Each tableau is a giant work of art, placed on Bispham seafront at the cliffs and on Red Bank Road, close to the tramway. Take a stroll along the shore to see each display up close. You can even take perfect pictures as part of the tableaux in their dedicated selfie spots.

The tableaux are traditionally based on children's stories and nursery rhymes, and some have moving parts and projections to bring them to life. Wrap up warm and take the kids to see one of Blackpool Illuminations' most-loved attractions.

Travelling to Blackpool for the illuminations? Take a look at our hotels in Blackpool and turn your trip into a holiday.

Where to Stay in Blackpool

Situated near the beach, this spa hotel is within 1 mi (2 km) of Blackpool Model Village and Gardens and Blackpool Zoo. Blackpool Tower and Blackpool Grand Theatre are also within 3 mi (5 km).

Located in North Shore, this hotel is within a 10-minute walk of Blackpool Central Library, Blackpool Tower, and Blackpool Grand Theatre. Blackpool Tower Ballroom and Coral Island are also within 15 minutes. Blackpool North Station is 7 minutes by foot.

Located in North Shore, this guesthouse is within a 10-minute walk of Blackpool Central Library, Blackpool Tower, and Blackpool Grand Theatre. Blackpool Tower Ballroom and Coral Island are also within 15 minutes. Blackpool North Station is 5 minutes by foot.

Located in North Shore, this bed & breakfast is within a 10-minute walk of Blackpool Beach, Blackpool Grand Theatre, and Blackpool Tower Ballroom. Blackpool Tower and Coral Island are also within 15 minutes. Blackpool North Station is 6 minutes by foot.

Seaside Treats: Where to Get Fish and Chips in Blackpool
Author: Expedia Team

Discover the best places to get authentic fish and chips on your holiday in Blackpool.

Whether you're an amateur or competitive, dancer or appreciator, from tango to samba and foxtrot to jive, Blackpool shimmies and shakes the whole year round, culminating in May's Dance Festival.

The Ultimate Guide to Shopping in Blackpool
Author: Expedia Team

Blackpool shopping ranges from high-street and designer brands to vintage goods and market produce. Check out our ultimate guide to shopping in the city.

Beach and Beyond: Your Guide to Blackpool's Top Attractions
Author: Expedia Team

From its world-famous tower to an amusement park and an entertainment complex, Blackpool is home to a wide range of amazing attractions.

Explore Essentials: Things to Do in Blackpool
Author: Expedia team

Heading to Blackpool? Get a quick guide to the best things to do with our rundown of the essentials, from hitting the beach to seeing the Illuminations.

Things to do in Blackpool

The Blackpool Tower Eye and glass Sky Walk offer stunning panoramic views across the North West from the very top of the iconic Blackpool Tower! Start your

Includes 7 different fantastic attractions! Day Trip to Blackpool Includes the Blackpool Big Ticket When you think of Blackpool Seaside, you might think neon

Legends of comedy ‘Cannon & Ball’ are back at Viva Blackpool with the brilliant ‘Harper Brothers’ for packed night of laughter. Memories will come

City Scavenger hunts by Operation City Quest of The UK

Using an app on your smartphone, you'll be given nearly 120 objects to find during your scavenger hunt. You'll explore the downtown area searching for the

Les brings back all the thrill and excitement of

ItineraryDuring Operation City Quest, participants will solve riddles in order to find items throughout the city and complete challenges. For each correct

ItineraryDuring Operation City Quest, participants will solve riddles in order to find items throughout the city and complete challenges. For each correct

He’s the UK’s most outrageous comedian – telling it as it is in his rudest and most controversial show to date.

From the shoreline to the depths of the ocean there is a whole underwater world to discover! SEA LIFE Blackpool takes you face to fin with life under the sea,

Eight of the UK’s top musicians have come

The Spirit of Christmas Spectacular

Join us for this dazzling new show and experience a Christmas show in Blackpool like no other!

Viva is transformed into a winter wonderland full of charm and

ItineraryThis is a typical itinerary for this productStop At: Civic Hall Lee Street, Uppermill, Oldham OL3 6AE EnglandThe car park in the starting point of