Bournemouth Pier: 8 Things to Do

The seaside city of Bournemouth is crowned by its Victorian pier. Opened in 1880, Bournemouth Pier was built of cast-iron and designed as a public promenade and a place for entertainment. That's still true today, and the pier is now home to amusements, a restaurant, an activity centre and even a zip line. Here's our round-up of eight great things to do at Bournemouth Pier. 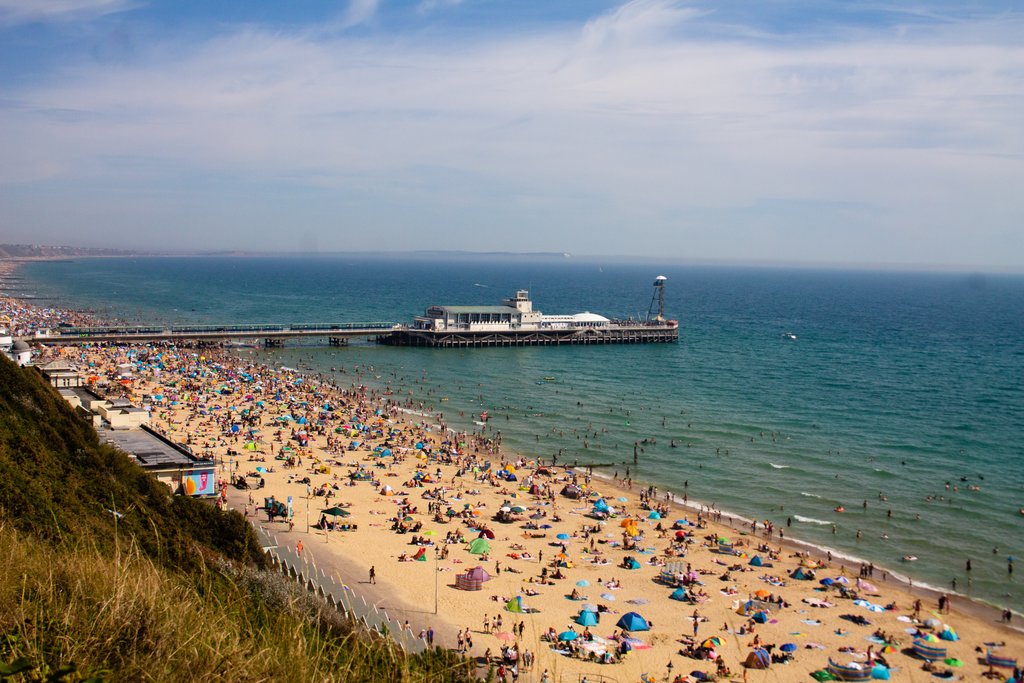 Take in the Views from the Bournemouth Big Wheel

Bournemouth's Big Wheel stands at the entrance to the pier, rotating slowly to take you up to around 100 feet (33m) in partially enclosed glass gondolas. Expect views of the pier, town and sea.

The best time to ride the wheel is just before sunset. That said, it tends to get busy at this time, so plan to arrive a little earlier in the day in case of a queue.

Get an Adrenaline Rush on PierZip

Bournemouth Pier's most exciting activity is arguably the PierZip zip line. The ride starts at the far end of the pier and zips in a diagonal line over part of the pier and then crosses the water, touching down on the sand.

The line is a dual zip, meaning two people can ride simultaneously on separate but adjacent wires. Kids aged as young as six can take part - so long as they meet the minimum height and weight restrictions.

Have Sundowners at the Key West Bar & Grill

Key West is a good all-around restaurant made all the better by its amazing location at the far end of Bournemouth Pier. There's a big indoor dining room but the drawcard is the huge outdoor terrace, which offers some of the best sea views in Bournemouth.

The menu is extensive, with lots of crowd-pleasers like burgers and pizza, as well as a solid range of vegetarian, vegan and gluten-free options. This is a great place to plop down for lunch, dinner or a drink when you're out on the pier. 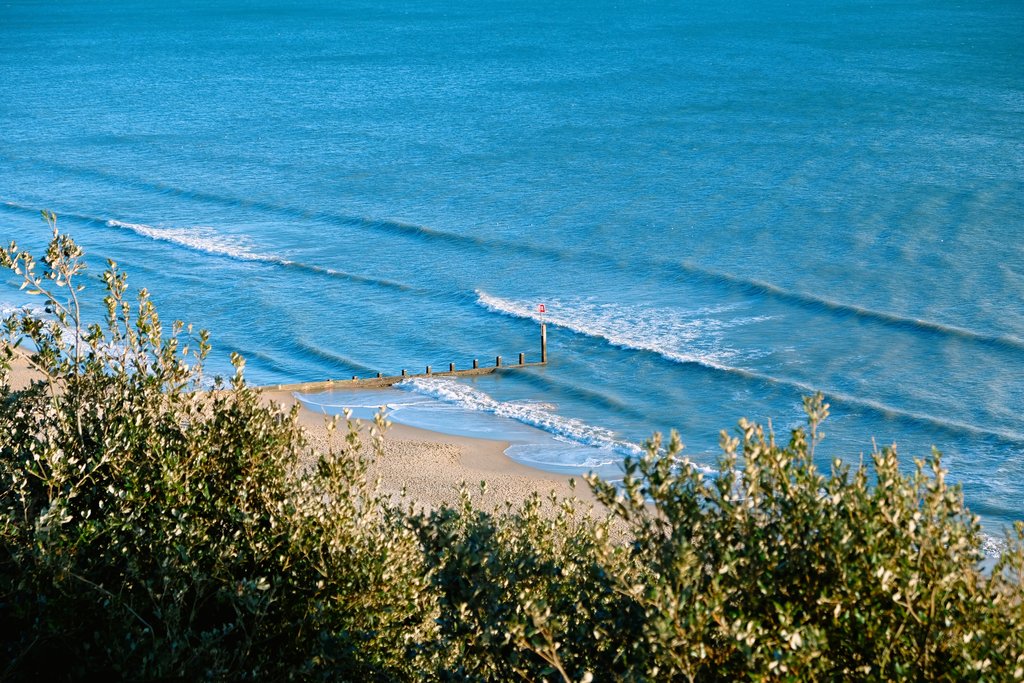 Play Games at the Pier Amusements

No Victorian seaside town would be complete without amusements - and Bournemouth Pier doesn't disappoint. The Pier Amusements is an all-ages entertainment arcade, with plenty of video games, rides, slots and game machines aimed at both kids and teens.

The Pier Amusements is located at the entrance to the pier. Another arcade, Happyland Amusements, is a three-minute walk west on the promenade past the Oceanarium.

This indoor activity centre offers a range of family-friendly activities, which are geared to both adults and children. There are a total of 28 'clip 'n climb' climbing challenges that you can sign your kids up to, including the 'lightning crack', 'dry ice' and the 'triffid'.

There's also a full-size rock climbing wall for adults. RockReef also runs the PierZip, and there are a few other adrenaline-pumping activities geared towards kids, including a vertical-drop slide and a ball-pit cave course.

The annual Bournemouth Air Festival is an air show that is held over the course of four days every August. One of the most popular seaside air shows in the UK, up to 200,000 people flock to Bournemouth Pier, the promenade and the beaches nearby to watch all manner of jets, gliders and light aircraft putting on amazing flying displays.

Bournemouth Air Festival was also the first in the UK to present a program at sunset, which incorporates fireworks and LED lighting. It's completely free and family-friendly, but, if you're planning on staying in town, we recommend you plan ahead and reserve a hotel several months in advance, as places do book out.

Explore Marine Life at the Oceanarium

Bournemouth's aquarium, the Oceanarium, is one of the most popular family-friendly attractions near Bournemouth Pier. There are a variety of displays here, showing habitats and creatures from across the spectrum of marine life.

Otters, penguins and exotic Amazonian sea fish are some of the most beloved sea animals that live here. There's also an important display on global warming, climate change and the melting ice caps. 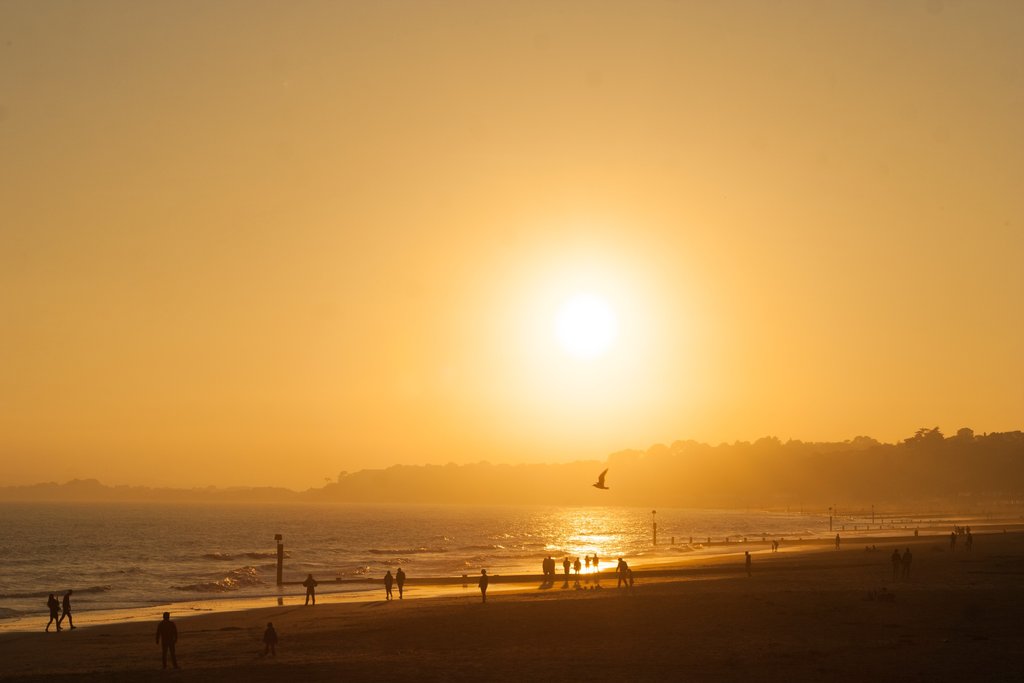 Dance the Night Away at Aruba

This Caribbean-themed bar is at the entrance to Bournemouth Pier and has a large terrace with a grand view of the pier and sea. Aruba really comes into its own when the sun goes down, with bartenders mixing strong cocktails from a regularly-changing drinks menu.

On weekend nights, resident DJs keep the party going until late. It hosts the Aruba Beach Club on Saturdays, which is the only beach-club party in Bournemouth. DJs play until 3am, and the terrace stays open all night, so you can watch the sunrise over the sea.

Find somewhere to stay by checking out our hotels in Bournemouth.

Where to Stay in Bournemouth

Situated in the business district, this spa hotel is 0.3 mi (0.4 km) from Littledown Sports Center and 2.2 mi (3.5 km) from O2 Academy Bournemouth. Littledown Miniature Railway and Playgolf Bournemouth are also within 15 minutes.

Situated near the beach, this hotel is within a 15-minute walk of Bournemouth Natural Science Society, Bournemouth Beach, and O2 Academy Bournemouth. Bournemouth International Centre and Bournemouth Lower Gardens are also within 2 mi (3 km). Bournemouth Station is 13 minutes by foot and Pokesdown for Boscombe Station is 28 minutes.

Located in Bournemouth City Centre, this luxury hotel is within a 10-minute walk of Boscombe Beach and Bournemouth Beach. Bournemouth International Centre and Bournemouth Lower Gardens are also within 15 minutes. Poole Branksome Station is 30 minutes by foot.

Best Western Plus The Connaught Hotel

Located in Bournemouth City Centre, this hotel is within a 10-minute walk of Bournemouth International Centre, Bournemouth Lower Gardens, and Oceanarium. The Square and Bournemouth Pavillion Theatre are also within 15 minutes.

8 of the Best Beaches in Bournemouth
Author: Expedia Team

There is plenty of coastline around the seaside city of Bournemouth for a summer outing. Here are eight of the best beaches in Bournemouth.

Discover Bournemouth's best sights and activities with our ultimate guide, from stunning beaches to quirky shops and cafes. 2

Explore Essentials: Things to Do in Bournemouth
Author: Expedia team

Get the definitive guide to things to do in Bournemouth with our quick list of the top activities and ways to enjoy the city and its South Coast surrounds.

Things to do in Bournemouth

ItineraryThis is a typical itinerary for this productPass By: Sandbanks Ferry, Sandbanks, Poole EnglandThe bus will drive onto the ferry where you can walk to

From golden-sand beaches to historic Victorian architecture, Bournemouth offers a wealth of sights to explore. Enjoy access to the city with this

Friday: Overnight departure by coach and ferry to Holland arriving in Amsterdam on Saturday morning about 9am. Saturday: A breakfast stop will be made before

Friday We will travel overnight to the wonderful city of Paris by coach and ferry/eurotunnel. We will depart from Dover in the early hours of the morning, on

4-Day Edinburgh and the Scottish Highlands from Bournemouth

Friday Overnight travel by coach to Scotland. Saturday Spend Saturday visiting Edinburgh with our guide to see the sights and learn some fascinating facts

Take in two of England’s famous UNESCO World Heritage–listed sites in one day on this adventurous day trip from Oxford. Travel by coach to the prehistoric

Full Day Blenheim Palace and The Cotswolds from Bournemouth

Jump onboard our air-conditioned coach as we see two great places on this day trip. First, we will travel to Blenheim Palace which is the main home of the

On the walking tour with your guide you will be shown some of the finest University buildings plus the museums and churches in Cambridge. You will also see

On our walking tour you will see the best sights in Oxford including the university, museums and churches. Famous Harry Potter film locations are also able to

Full Day Tour to Cardiff and Wales from Bournemouth

Jump onboard our air conditioned coach as we head towarsd the beautiful country what is Wales. We will arrive in Wales about 10:30am and journey to the

Group Dance Lessons and Parties for Hen and Stag weekends

By ALL STEPS FIRST DANCE LTD

ItineraryLearn a dance routine to their favourite song! We do a warm up, teach a routine and then you do a performance at the end, lots of fun! Choose

Join one of our signature Old Harry Rocks kayak tours in Dorset as featured on Channel 4 and ITV. Thousands have taken this adventure of a lifetime with us

Enjoy a fantastic 2-hour round cruise between Poole and Swanage, and experience over 2 million years of geological history. This popular cruise takes you

Learn how to make a cup/mug using a slab

ItineraryYou will be making a cup/mug from a slab of clay using a template .We will be working with real terracotta clay and decorating with coloured slips