8 Great Place to Visit In and Around Bournemouth

Basking in the balmier-than-average climate of the South Coast, Bournemouth is one of the places that was responsible for putting the 'great' in the term 'Great British Seaside'. While its beaches are a huge part of its appeal, it's so much more than a bucket and spade destination. Head a few miles out of the centre and you've got everything from the Jurassic Coast World Heritage Site to national parks to explore, too. Here's a round-up of the top places to visit in and around Bournemouth. 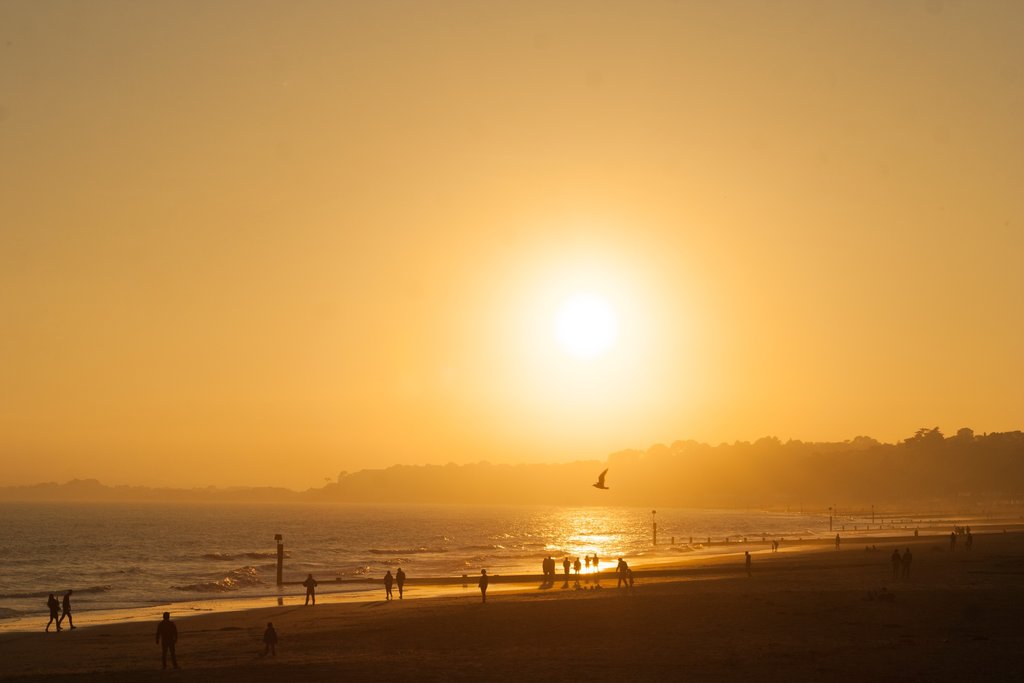 The 304m Bournemouth Pier serves up the classic British seaside experience. There's an arcade full of retro games like air hockey and grab-a-toy machines. There are fairground rides. Plus, there are both ice creams and fish and chips for sale. Modern additions to this 19th-century pier include a 250m zip-wire that flies you from a 25m-high tower back to the shore. There's a pier toll of £1.20 per adult and 80p for children from April until October. 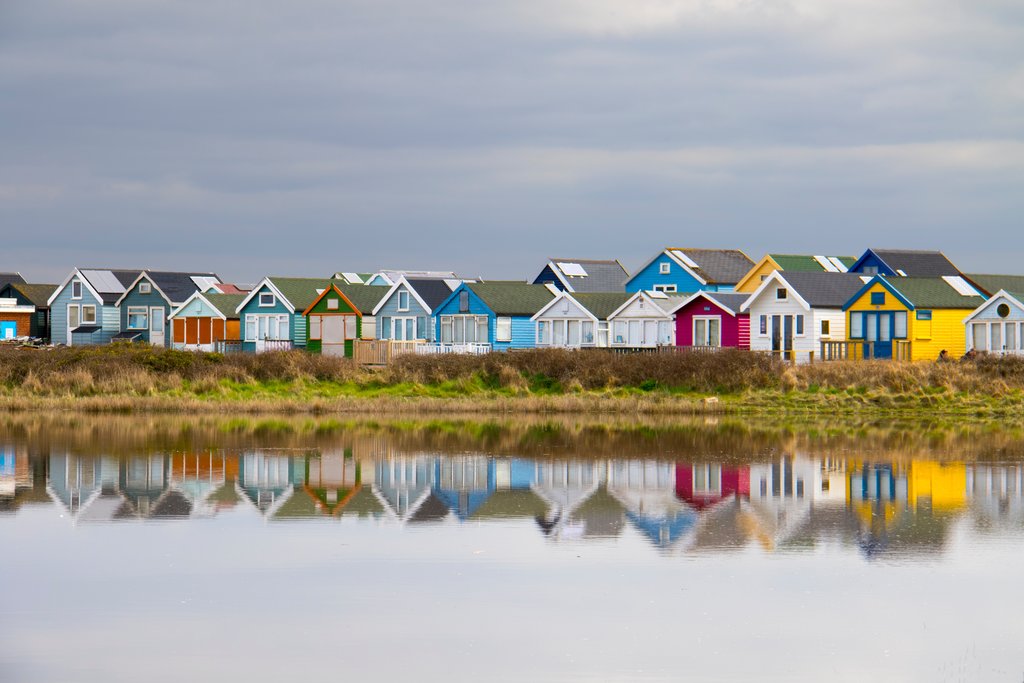 Bournemouth's beach huts are one of the city's most recognisable icons - and definitely its most colourful. There are 250 of them available to hire across nine locations including several of the Blue Flag beaches that neighbour Bournemouth. You can hire your hut by the day or week, or longer, and each one comes with three classic deckchairs and a gas ring and bottle. Don't forget your rubber ring.

Just a 20-minute drive from Bournemouth, the New Forest National Park covers 219 square miles. Its 140 miles of walking paths take you through tangled woodland, heather-hued heathland and past the expansive pastures where the New Forest ponies roam free. You can find a list of walking routes on the official tourism website. There's also information on cycle routes. 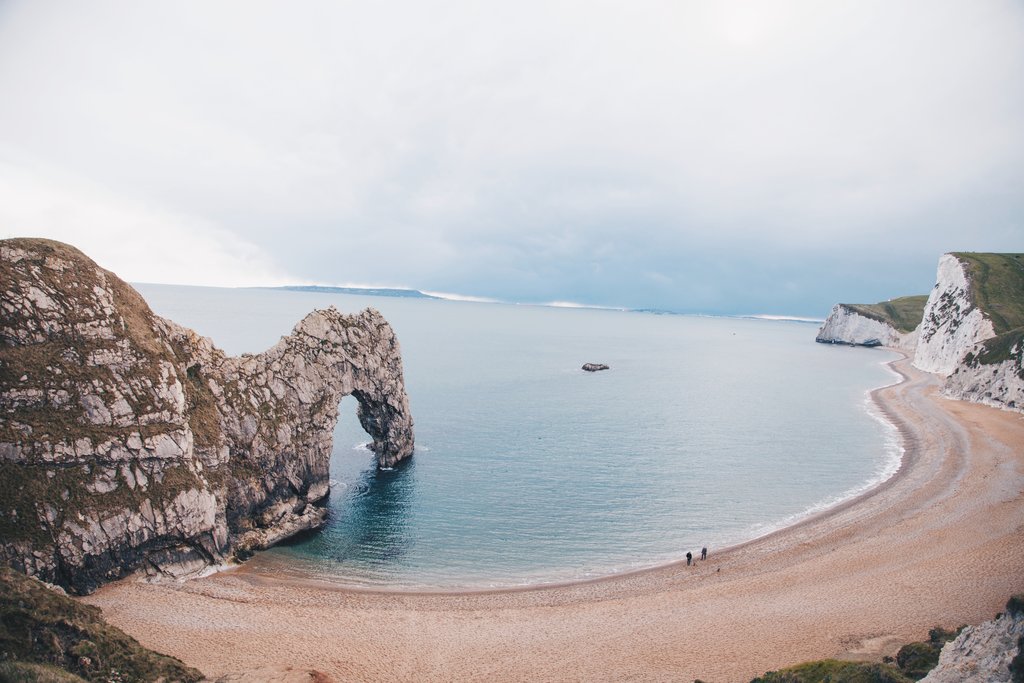 Under an hour's drive from Bournemouth, the horseshoe-shaped archway of Durdle Door is one of the emblems of the Jurassic Coast. It's most easily viewed from the beach that runs up to it. To get here, you can park your car at Durdle Door Holiday Park and follow the path down from the headland to the sand. For a longer walk, start at equally beautiful Lulworth Cove and walk along the coast path to see the arch from above. To avoid the crowds, try to visit between September and May.

The biscuit-coloured sands of Highcliffe Beach, a 25-minute drive from Bournemouth, are a great place for either a cold-weather walk or a summer bask in the sun. On a clear day you can look out over the English Channel to the Isle of Wight. It's also a decent surf break on its day and is generally less crowded than the main breaks in Bournemouth. For a little post-swim sustenance, head to the Cliffhanger Café. Set on the headland that overlooks the beach, it serves everything from Dorset apple cake to plates of fresh seafood.

Hengistbury Head is a strip of headland that juts into the English Channel a 25-minute drive from Bournemouth. Long slivers of beach run down both sides before running further out into the sea. Some people come here to just lounge around on the flour-soft sands. If you feel like being more active you can explore the visitor centre, which explains the history, wildlife and geology of the area.

Brownsea is a Noah's Ark of an island. Its marshes, woodland, heathland and lagoons are home to all sorts of species of wildlife from endangered red squirrels to peacocks. You can catch a ferry over to the island from Poole harbour - a 15-minute drive from Bournemouth - from the middle of March to the middle of November. Once there you can either wander around at your own pace or take one of the free guided walks. There are plenty of picnic spots, but if you don't feel like slaving over sandwich prep, you can grab a bite to eat at Villano Café, near the ferry port. 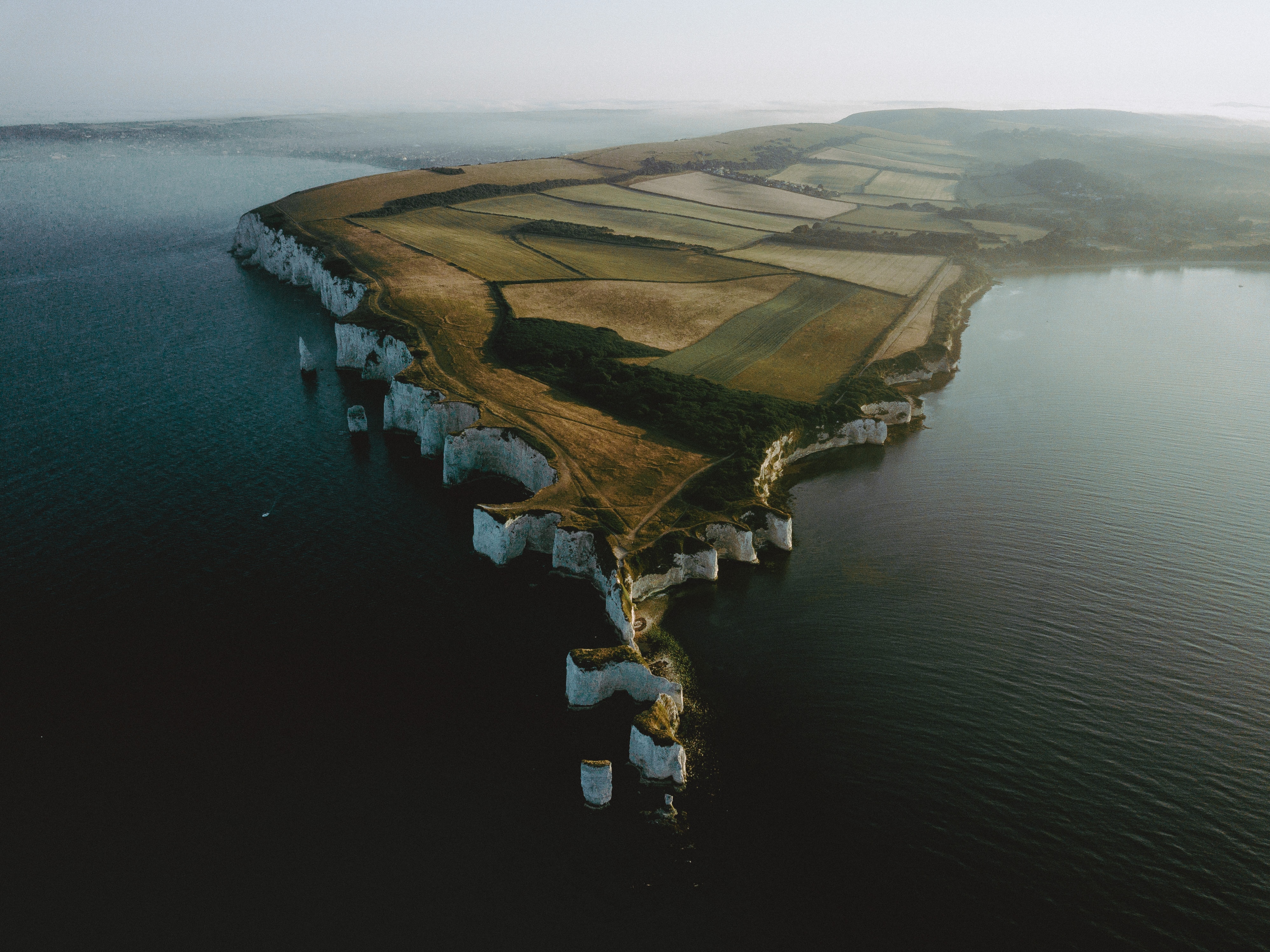 Jutting out of the sea like giant white molars, the rock formations of Old Harry Rocks are part of the Jurassic Coast World Heritage Site. One of the best ways to see them is on the circular walk that starts and ends at South Beach car park in Studland and follows part of the South West Coast Path - details of the route are on the National Trust website. The drive from Bournemouth takes roughly 45 minutes.

Where to Stay in Bournemouth

Situated in the business district, this spa hotel is 0.3 mi (0.4 km) from Littledown Sports Center and 2.2 mi (3.5 km) from O2 Academy Bournemouth. Littledown Miniature Railway and Playgolf Bournemouth are also within 15 minutes.

Situated near the beach, this hotel is within a 15-minute walk of Bournemouth Natural Science Society, Bournemouth Beach, and O2 Academy Bournemouth. Bournemouth International Centre and Bournemouth Lower Gardens are also within 2 mi (3 km). Bournemouth Station is 13 minutes by foot and Pokesdown for Boscombe Station is 28 minutes.

Located in Bournemouth City Centre, this luxury hotel is within a 10-minute walk of Boscombe Beach and Bournemouth Beach. Bournemouth International Centre and Bournemouth Lower Gardens are also within 15 minutes. Poole Branksome Station is 30 minutes by foot.

Best Western Plus The Connaught Hotel

Located in Bournemouth City Centre, this hotel is within a 10-minute walk of Bournemouth International Centre, Bournemouth Lower Gardens, and Oceanarium. The Square and Bournemouth Pavillion Theatre are also within 15 minutes.

Discover Bournemouth's best sights and activities with our ultimate guide, from stunning beaches to quirky shops and cafes. 2

Explore Essentials: Things to Do in Bournemouth
Author: Expedia team

Get the definitive guide to things to do in Bournemouth with our quick list of the top activities and ways to enjoy the city and its South Coast surrounds.

Things to Do in Skegness
Author: Expedia Team

Planning a stay by the sea? Check out our list of things to do in Skegness.

The Best Beaches in Devon for Every Kind of Seaside Trip
Author: Expedia Team

From swimming to surfing and sea-glass hunting, here's our guide to beaches in Devon.

By the Seaside: Guide to Tenby's Beaches
Author: Expedia Team

Planning a trip to the Pembrokeshire coast? Check out our guide to Tenby's beaches.

Under the Sea: Where to Go Diving in Santorini
Author: Expedia Team

Everything You Need to Know about Visiting Siam Park Tenerife
Author: Expedia Team

Discover everything you need to know about visiting Siam Park Tenerife to make the most of the experience.

Things to Do in Brighton on a Rainy Day
Author: Expedia Team

Discover the best things to do in Brighton on a rainy day to make the most of your time in the city.

Discover 11 reasons to visit Brighton in winter, from hiking in a park and ice skating to shopping and sightseeing.

Want to cool off from the Nevada heat? Check out our guide to hitting the beach in Las Vegas.

9 Free Things to Do in Dubai
Author: Expedia Team

Find out the best free things to do in Dubai to make the most of a budget-friendly holiday.

Things to do in Bournemouth

From golden-sand beaches to historic Victorian architecture, Bournemouth offers a wealth of sights to explore. Enjoy access to the city with this

ItineraryThis is a typical itinerary for this productPass By: Sandbanks Ferry, Sandbanks, Poole EnglandThe bus will drive onto the ferry where you can walk to

Friday: Overnight departure by coach and ferry to Holland arriving in Amsterdam on Saturday morning about 9am. Saturday: A breakfast stop will be made before

Friday We will travel overnight to the wonderful city of Paris by coach and ferry/eurotunnel. We will depart from Dover in the early hours of the morning, on

4-Day Edinburgh and the Scottish Highlands from Bournemouth

Friday Overnight travel by coach to Scotland. Saturday Spend Saturday visiting Edinburgh with our guide to see the sights and learn some fascinating facts

Take in two of England’s famous UNESCO World Heritage–listed sites in one day on this adventurous day trip from Oxford. Travel by coach to the prehistoric

Full Day Blenheim Palace and The Cotswolds from Bournemouth

Jump onboard our air-conditioned coach as we see two great places on this day trip. First, we will travel to Blenheim Palace which is the main home of the

On the walking tour with your guide you will be shown some of the finest University buildings plus the museums and churches in Cambridge. You will also see

On our walking tour you will see the best sights in Oxford including the university, museums and churches. Famous Harry Potter film locations are also able to

Full Day Tour to Cardiff and Wales from Bournemouth

Jump onboard our air conditioned coach as we head towarsd the beautiful country what is Wales. We will arrive in Wales about 10:30am and journey to the

Group Dance Lessons and Parties for Hen and Stag weekends

By ALL STEPS FIRST DANCE LTD

ItineraryLearn a dance routine to their favourite song! We do a warm up, teach a routine and then you do a performance at the end, lots of fun! Choose

Join one of our signature Old Harry Rocks kayak tours in Dorset as featured on Channel 4 and ITV. Thousands have taken this adventure of a lifetime with us

Enjoy a fantastic 2-hour round cruise between Poole and Swanage, and experience over 2 million years of geological history. This popular cruise takes you

Learn how to make a cup/mug using a slab

ItineraryYou will be making a cup/mug from a slab of clay using a template .We will be working with real terracotta clay and decorating with coloured slips