One of the UK's biggest cities, Manchester has sights galore, both in the city and beyond. Manchester is a springboard to traditional seaside towns, untamed coastal regions and a UNESCO World Heritage Site. Here's our pick of eight of the top day trips to make from Manchester. 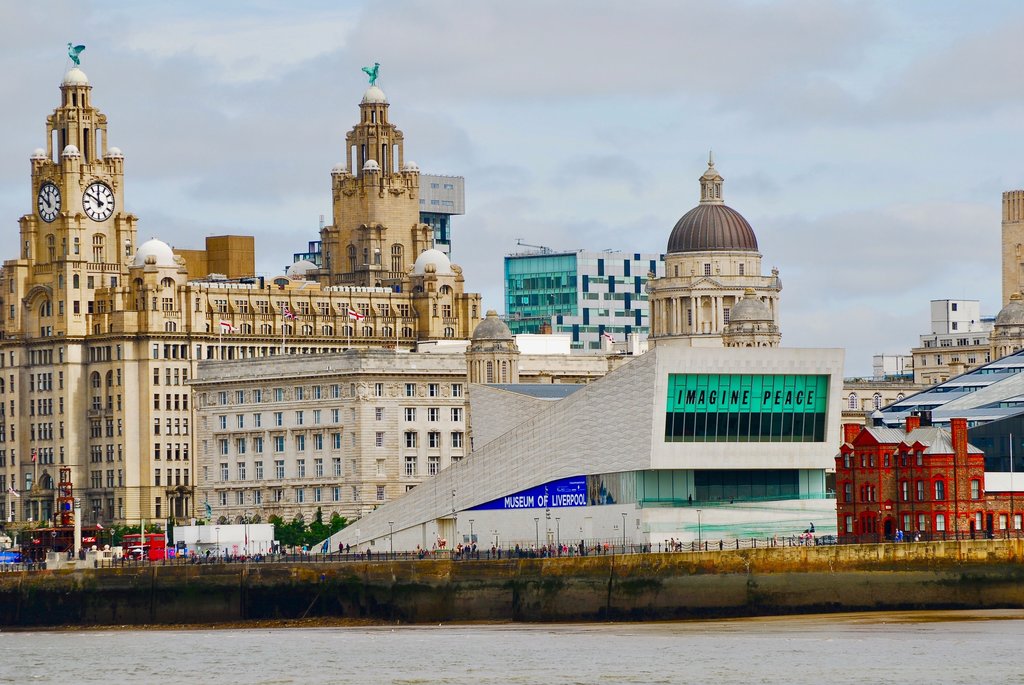 Just an hour's journey from Manchester by train or car, Liverpool is a tourism titan. It's home to more museums and art galleries than any other English city outside London, and it has six areas listed as a UNESCO World Heritage Site. When you visit, put on your list The Tate Liverpool, The Beatles Story, the Royal Liver Building 360 immersive, panoramic visitor experience, and - of course - a ferry trip across the Mersey: Liverpool's highlights. And depending on when you're in the land of the Scouser, you could catch one of its international music festivals or art shows.

Part of the pull of Chester is its history: think Roman walls, its own Roman amphitheatre, streets lined with photogenic black and white Gothic revival houses, and its cathedral dates back to the 11th century. Take a tower tour at the cathedral and you'll get panoramic views of it all. Chester also has prime shopping. Browse the independent stores in 700-year-old Rows or bust the budget in big-name high-street stores. The city is an hour's train ride from Manchester Piccadilly or a similarly timed journey in the car. 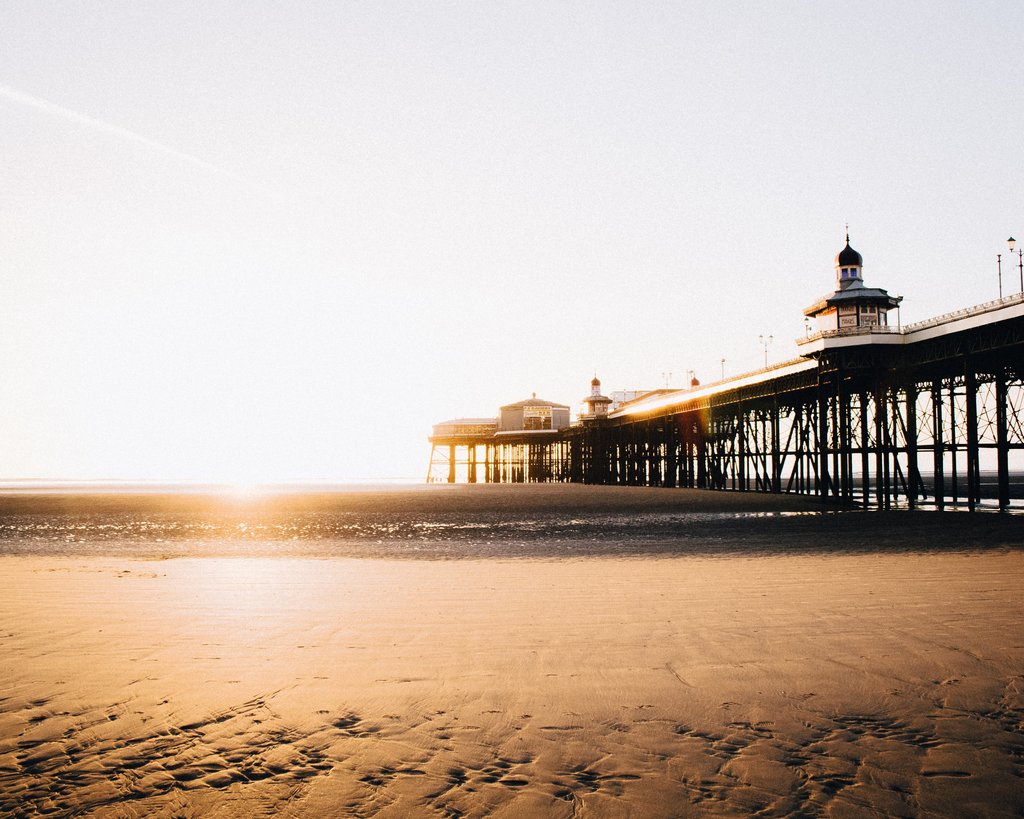 Built up during the golden age of the British seaside, Blackpool is most famous for being home to the UK's answer to the Eiffel Tower - but Blackpool Tower has a little more going on. There's a glass-floor viewing experience, a circus, a ballroom and The Blackpool Tower Dungeons. Plan your visit between September and November and you'll get to see the Illuminations - a 10-mile light display of more than a million bulbs. The journey from Manchester to Blackpool takes an hour in the car and slightly more by train.

Drive just over an hour northeast of Manchester to Haworth - a pretty village at the heart of Brontë country. The headline attraction here is the Brontë Parsonage, where novelist sisters Charlotte, Emily and Anne grew up. The attraction takes one to two hours to really explore. After that, wander down Haworth's cobbled hill, popping into the vintage, gift and curiosity shops and one of the cosy tearooms on the way. 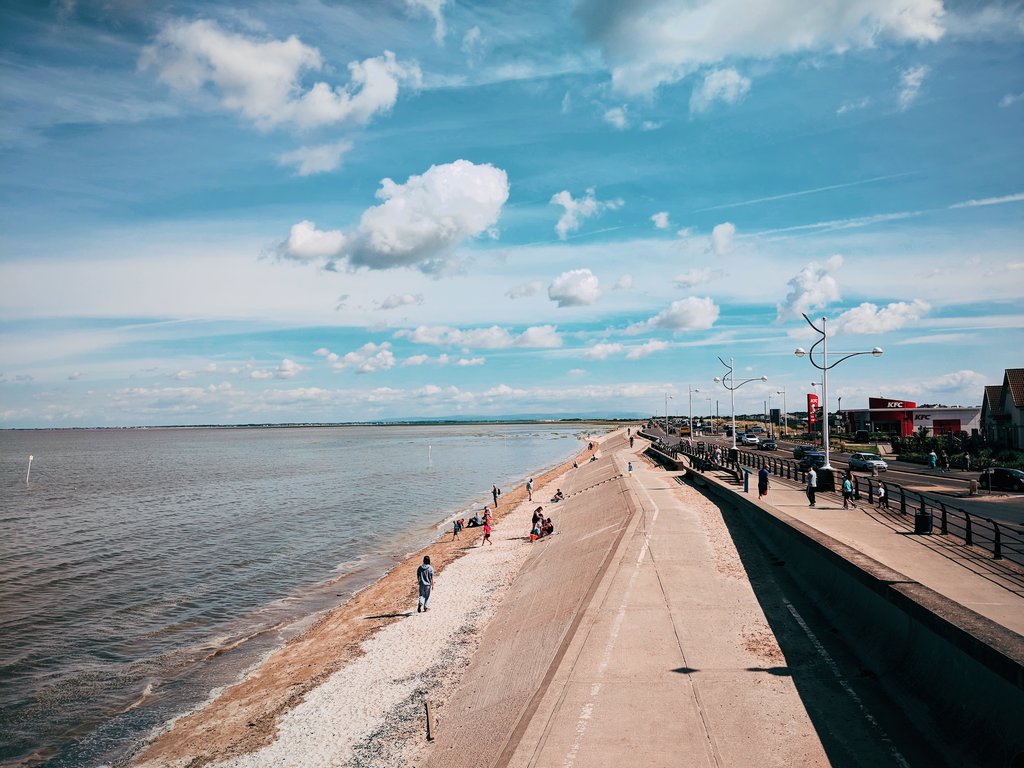 Like Blackpool, Southport is a classic British seaside destination. It's got the penny arcades, candy floss stands, fish and chip shops and a 150-year-old pier. However, the town's motto is 'different every time'. While the classic attractions remain the same year-round, Southport also puts on world-class events. You can catch its major flower show in August and the international air show and British Musical Fireworks Championships in September. Direct trains travel to Southport from Manchester Piccadilly, or the drive takes just over an hour.

Dunham Massey and Tatton Park in Cheshire are two grand estates just 20 minutes apart by car. You can easily fit them both into a single day trip from Manchester. Dunham Massey's impressive Georgian mansion has a formal garden to explore and a rolling deer park for a longer walk. Your next stop is Tatton Park, a sprawling history lesson with a medieval hall, 18th-century mansion and mill and a full working farm breeding endangered farm animals - visit in spring to see the adorable lambs. Take a stroll in the manicured gardens before stopping by the Stableyard for some food or a mooch around the shops selling gifts and local produce.

There's something quite different on the sands of Crosby Beach in Merseyside. Local international artist Antony Gormley installed more than 100 cast-iron figures looking out to sea for his piece Another Place. Spend a couple of hours strolling the beach, stopping by the figures for photos and a moment of reflection about humankind's relationship with nature. If you take your walking seriously, you can carry on from here along part of the 22-mile Sefton Coastal Path. The car journey from Manchester takes an hour.

Shopping is an all-day event at Cheshire Oaks Designer Outlet Village. In the 140 shops, you could go all in at Hugo Boss, Calvin Klein, Hotel Chocolat, Kate Spade and Molton Brown, get bargains at Clarks. H.Samuel, Next and M&S or pick up some great stuff for your kitchen at Le Creuset, Tefal or ProCook. When you need a break from shopping, stop by Costa Coffee, Carluccio's or Yo Sushi. The most direct way to get here is by car and the journey takes 45 minutes. By public transport, catch the train to Chester Railway Station and then take the 1 or X1 bus to Cheshire Oaks.

Planning a day trip to Manchester and beyond? Here's our pick of hotels in Manchester, UK.

Top tips for visiting the main attractions in Vienna, including ticket prices, the best time to visit and how to get there.

Explore Essentials: Things to Do in Vienna
Author: Expedia Team

Our guide to best attractions, museums, landmarks and things to do in Vienna, including riding the Big Wheel and swimming in the Amalienbad.

From the Gold Souk and the Spice Souk to the Perfume Souk and the Textile Souk, here's our guide to the best souks in Dubai.

The Best Museums and Galleries in Glasgow
Author: Expedia Team

Your guide to the best museums and galleries in Glasgow, including the Kelvingrove Art Gallery and Museum, the Riverside Museum and The Hunterian.

Glasgow's energy is boundless, but sometimes you need a break. Pubs, parks, museums and more - these laidback spots are the best places to relax in Glasgow.

Things to Do in London This Month: December
Author: Expedia team

Stay up to date with what's on in London this month. From Christmas markets to festive events, these are the best things to do in London in December.

Things to See and Do in Italy: 100 ways to Discover Il Belpaese
Author: Expedia Team

100 ways to discover Italy, including plenty to see and do as you explore the country's art, nature, food, and so much more.

100 Things to Do and See in Germany
Author: Expedia Team

From mudflats to mountains, discover the top 100 things to do and see in Germany and plan your next trip to this wonderful and diverse country.

The Best Things to Do in Malacca, Malaysia
Author: Brenna Holeman

If you're looking for a unique holiday spot with plenty to see and do, head to beautiful Malacca, Malaysia. Here are the best things to do in Malacca!

Explore Essentials: Things to Do in Berlin
Author: Expedia team

Explore the top attractions, sights and activities in Berlin and find inspiration for planning your next fun-filled holiday Berlin city break.

Your ultimate guide to London's best museums with tips on costs, when to go and how to get there

Explore the most fascinating historic places to visit in Cardiff and the surrounding areas to enjoy a unique historical and cultural experience.

10 unmissable sights, ancient monuments, and museums in the pink city of Petra, Jordan.

Prepare for everything the Spanish capital has to offer with this definitive guide to Madrid's top attractions.

Back in Time: Hotels for Exploring the History of Rhodes
Author: Expedia

Back in Time: Hotels for Exploring the History of Rhodes